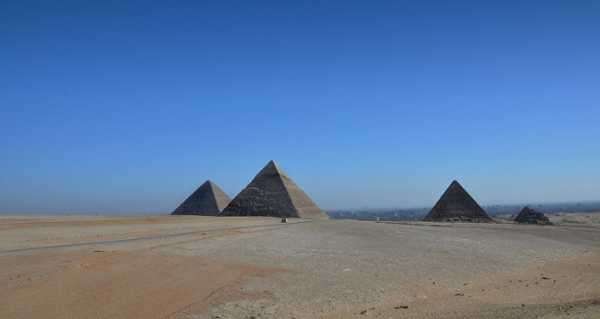 The former minister noted how Egyptologists have “multiple explanations” for the shafts in question, and then offered his own opinion on the likely role of these ancient tunnels hidden beneath the famous monument.

While researchers continue to ponder on the enigmatic nature of two tunnels located beneath the Great Pyramid of Giza, that “stop at stone blocks before they reach the outside of the pyramid”, Egyptologist and former Minister of State for Antiquities Zahi Hawass offered his own take on that mystery, the Daily Express reports.

According to the newspaper, Hawass first recalled how “Rudolf Gantenbrink designed a robot called Webwawat to investigate the airshafts in the third chamber”, and how the mechanical explorer “was also sent inside the shafts in the so-called Queen’s Chamber and made an intriguing find in the room’s two shafts”.

The scholar also pointed out that the presence of the tunnels in question was known long before Gantenbrink’s exploratory effort, noting that the history of the investigation into them starts back in September 1872, “when the British engineer Waynman Dixon discovered the openings of the north and south shafts of the Queen’s Chamber”.

During a more recent investigation via a probe designed by engineer Rob Richardson from the University of Leeds, images relayed by the robot “revealed hieroglyphs written in red paint and lines in the stone that could be marks left by stonemasons when the chamber was being carved”, the newspaper adds.

But while Richardson reportedly claimed that “if these hieroglyphs could be deciphered they could help Egyptologists work out why these mysterious shafts were built”, Hawass argued that the tunnels might turn out to be not so mysterious after all.