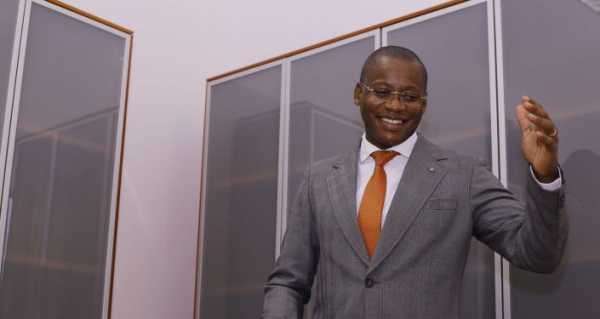 Joseph Casimir Erinelt da Fonseca knew from an early age that he wanted to be a scientist-mathematician. His talent took him from Africa to Russia – via South America – and the Belgorod State National Research University. He opened up to Sputnik about his odyssey.

My hobbies inspired my father to teach me. Ever since I was six years old, I have loved “technical creativity”: inventing cars, building houses out of clay and paper. Having noticed my sincere childlike interest, over time my father decided to get me involved in something he loved himself – mathematics. From the age of eight, he would wake me up at five in the morning and explain the properties of numbers. To be honest, I didn’t like it right away. But my father insisted, and he was right; after a while, I became seriously interested and wanted to become a mathematician.

Teachers in Angola also recognised my talent and tutored me individually. In 2008, I graduated from the Polytechnic School of the University of São Paulo and went to study in Russia. By the way, like mathematics, Russian turned out to be quite difficult. I drew diagrams to better understand cases, and I always tried to draw parallels with Portuguese. You might not believe me, but learning Russian has improved my speech in my native language.

When I recall my university years in Russia, I feel goosebumps running down my spine. I now live in Angola, but I hope to visit soon my alma mater, Belgorod State University (BelSU). The university was like a second home for me. I think when you are away from your homeland, it’s very important.

I lived here for nine years, completed my postgraduate studies, met many friends, and a teacher with a capital “T” – Vladimir Mikhailovich Moskovkin. It was he who helped me edit my books and textbooks on mathematics that I wrote for my students in Angola.

The books have been gratefully received at home. Several generations of engineers have been educated on them. I think if you really do something with love and good intentions, significant results don’t take long to materialise. For example, in 2018, I was awarded an Honorary Doctorate in Mathematical Sciences. In Angola, I became the fourth person to receive such recognition. I remember my surprise when they announced my name: “the degree is awarded to Casimir Erinelt, a major African mathematician.” I received my diploma personally from the President of Malawi.

My studies in Belgorod were an important milestone on the road to my dream. Now I work as the Dean of the Faculty of Economics, President of the Academic Council and Head of the Master’s course in Mathematics Education at the Independent University of Angola. I am also involved in social activities. Together with like-minded people, I help children who do not have the financial means to get a good education.

I still enjoy the support of my professors at BelSU in many projects. For example, together with Professor Moskovkin, we are working to improve the competitiveness of universities in Angola and to create the first database for Scopus in my country.

I would like to leave behind decent and creative likeminded individuals who could continue our ‘mission’ of developing the competitiveness of the Angolan scientific system. It takes a lot of work to improve the mathematical disciplines in my home country. Of course, there are difficulties in everything, but I always remember my main rule in life: challenges are the road to success! This is what has already helped me, together with my mentors from BelSU, to do a lot for the development of science in Angola and to take my rightful place among scientists from Portuguese-speaking countries.