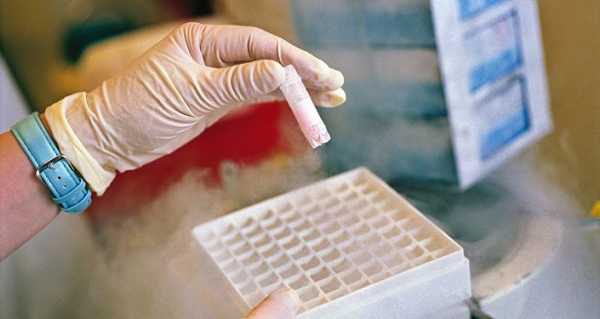 Growing new organs, editing genes, completely curing the most serious diseases… Scientists are looking for new ways to solve these problems by studying stem cells, although there is great controversy around the ethics of these studies.

According to recent reports, stem cell products may also help fight COVID-19. They were used to make the drug administered to treat US President Donald Trump.

Sputnik has spoken to scientists from Russian universities involved in the “5-100” Project to find out about new unique opportunities that the medical application of stem cells opens up.

In early October, it became known that Donald Trump was prescribed an antiviral antibody cocktail created by Regeneron as a coronavirus treatment, something that he himself called “miraculous”. Regeneron developed this treatment using a cell line called HEK 293, originally obtained from an aborted foetus in 1973 in the Netherlands, but the stem cells themselves are not used in the drug.

In the autumn of 2020, other researchers also announced the possibility of effectively using stem cells to treat COVID-19. In the United States, an application was filed to use a drug based on umbilical cord mesenchymal stem cells. Israeli scientists have proposed several options to treat acute and life-threatening respiratory distress in coronavirus and pneumonia patients using stem cells.

According to scientists, mesenchymal stem cells are promising as a COVID-19 treatment due to their ability to suppress an overactive immune system and help restore lung and other organ failure in a severe case of the disease.

What are Stem Cells?

Scientists came up with the term “stem cell” to explain why multicellular living organisms, which constantly lose certain cells, for example the skin’s protective layer, still live and retain the same appearance.

Stem cells are a versatile construction material that the body uses to renew itself. These cells exist in the body at every stage of its development; they can divide and multiply, remaining unchanged. When necessary, they can change their programme while dividing and create new, specialised types of cells, for example of blood and various organs, replacing the old ones that have served their time.

In 1909, Russian scientist Alexander Maximov used the example of blood cells to explain the theory of stem cells and the idea that other specialised cells can develop from them. In 1981, using a mouse as an example, American scientists experimentally proved the existence of embryonic stem cells.

There are three broad categories of stem cells depending on their origin: embryonic (obtained from the placenta), foetal (taken from foetal material after an abortion), and postnatal (adult cells).

Despite stem cells from a mature organism having a much lower potential for use than embryonic and foetal cells and generating a lower number of different types of cells, the ethical aspect of their study and application doesn’t cause considerable controversy. Some researchers suggest using these types of stem cells to fight the coronavirus and pneumonia. Today, they are used in tissue engineering, as well as to develop individual diagnostic tools.

Embryonic stem cells have unique properties. Firstly, they can divide for an infinitely long time, and secondly, their descendants can turn into any specialised cell, be it brain neurons, liver hepatocytes, or an intestinal epithelium cell, you just need to set up the required molecular genetic programme.

For ethical reasons, however, it’s impossible to use the cellular material of human embryos for medical or purely scientific purposes; working with these types of cells is banned in most countries. Therefore, biologists have had to come up with an alternative. In 2006, Japanese scientist Shinya Yamanaka first obtained so-called induced pluripotent stem cells (iPSC or iPS). He was later awarded the Nobel Prize for this discovery.

Embryonic stem cell analogues can give a person a chance to artificially regenerate and recover from serious illnesses. It’s possible to completely cure a person of cancer if the so-called tumour-associated T cells are isolated, modified, and returned. T cells are the body’s main weapon. They are isolated from bone marrow leukocytes and ensure the recognition and destruction of cells carrying foreign antigens.

Today, T-cell analogues have become possible to obtain thanks to a large-scale project by the Moscow Institute of Physics and Technology (MIPT) and their colleagues at the University of Guangzhou (China) and Harvard University (USA).

Using stem cell analogues, scientists at MIPT and the National Medical Research Centre for Endocrinology are developing a method to treat patients with genetic deficits that cause adrenal cortex dysfunction. This serious illness appears in the first weeks after birth and poses a serious threat to a child’s life.

“In such cases, using conventional gene therapy is not enough: the adrenal cortex stem cells are rapidly renewed, so the delivered functional copy of genes is active only for 8-12 weeks, then its activity slows down”, Pavel Volchkov, Head of the MIPT Genome Engineering Laboratory, said.

To solve this problem, MIPT scientists came up with the idea of “fixing” a non-functional genome by editing it. During a low-invasive, laparoscopic operation, a gene-editing system is introduced into a patient’s body.

Today, research is being conducted on laboratory mice; however, to fully solve the problem, experiments with the human genome are needed. According to scientists, two options are possible here: creating mice with a human locus or editing the system in vitro.

Stem cells are promising for use in tissue engineering to create tissues and organs for transplantation. A miniature human heart grown from stem cells, a model of an embryonic brain, and an oesophagus are among the scientists’ recent achievements.

Researchers at the Immanuel Kant Baltic Federal University (IKBFU) are engaged in creating neurons from postnatal stem cells to use for transplantation in spinal cord injuries, nerve tissue damage, and neurodegenerative diseases.

Today, scientists are adding growth factors and enzymes to the cellular environment to stimulate stem cell differentiation. According to experts, this is a rather expensive method that takes stem cells a long time to differentiate.

To stimulate cell growth, scientists are developing so-called composite multiferroics, or magnetic particles diluted in a biocompatible piezopolymer matrix. Such composites have a pronounced relationship between magnetic and electrical properties.

Postnatal stem cells taken from a specific person can be used to create individual methods to diagnose cancer, as well as for the primary screening of antitumour activity substances.

According to experts, not only are stem cells a versatile “construction material” for organs and blood cells, they also support the growth and viability of malignant tumours in the body, making them resistant to chemotherapeutic drugs, which greatly complicates the therapeutic process. Physicians and scientists are faced with the urgent task of finding the most effective treatment methods to overcome these obstacles.

Today, the pharmaceutical industry is actively using mainly two-dimensional in vitro models, cells growing on a flat surface. Moreover, most often only one type of tumour cells is used. However, two-dimensional models don’t take into consideration the tumour’s natural three-dimensional architecture and complex intercellular interaction; as a result, they fail to provide objective results.

Scientists across the globe are working on new models of tumour diseases that range from relatively simple 3D tumour cell aggregates (spheroids) and tumour pieces (organelles) to complex organ-on-a-chip technologies.

The Scientific and Clinical Centre of Precision and Regenerative Medicine of Kazan Federal University’s Institute of Fundamental Medicine and Biology is developing special test systems, based on co-cultivating stem, tumour, and immune cells with the addition of a special extracellular matrix in order for the cells to exist in a three-dimensional environment that resembles the body’s natural tumour tissues.

The development makes it possible to efficiently obtain three-dimensional tissue-like structures similar to a tumour in the body, as well as to simulate metastasis and drug resistance formation in vitro.

The material is part of the “5-100” Project. The project is aimed at providing state support to leading Russian universities in order to increase their competitiveness among the world’s best research and educational centres.