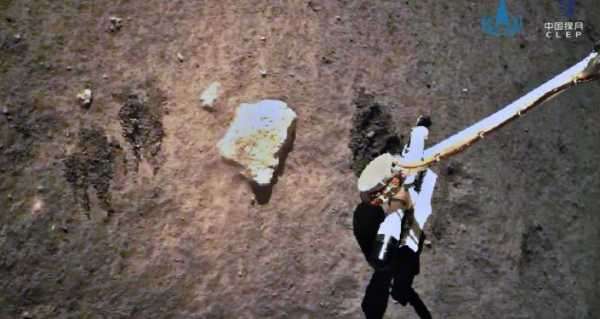 WASHINGTON (Sputnik) – The US National Aeronautics and Space Administration (NASA) is not planning to share its lunar samples with China, although there are no amendments explicitly prohibiting such cooperation, NASA chief scientist Jim Green said.

“Currently, there’s no plans to create a bilateral arrangement with China on the exchange of samples,” Green said at a Tuesday meeting of the Lunar Exploration Analysis Group, as quoted by SpaceNews.

The chief scientist explained that the exchange of Apollo-era lunar samples with those returned by China’s Chang’e-5 mission is unlikely because of the Wolf Amendment restrictions, although this amendment does not outright prohibit cooperation between NASA and Chinese organizations.

“Over time, focused efforts can be and have been done [to win approval by the White House and Congress for cooperation],” Green said, adding that “we have mechanisms, and we would use those mechanisms as we move into the future.”

Last year, China successfully completed its Chang’e 5 lunar sample return mission, becoming the third country in human history after the United States and the Soviet Union to successfully perform such a mission.

A China National Space Administration graphic showing blast-off of the sampling capsule from the Chang’e-5 lunar lander from the moon’s Oceanus Procellarum.