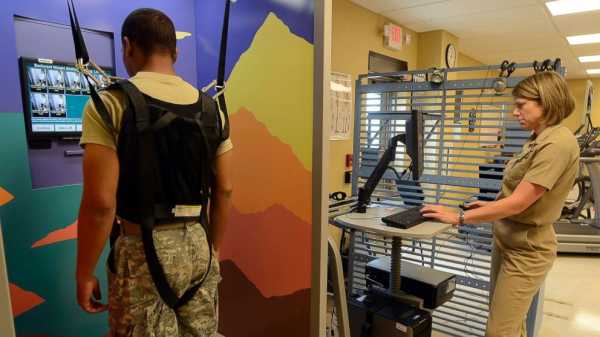 A group of 165,000 veterans with a history of traumatic brain injury (TBI) were found to have a higher risk of Parkinson’s disease, compared to other veterans of the same age. 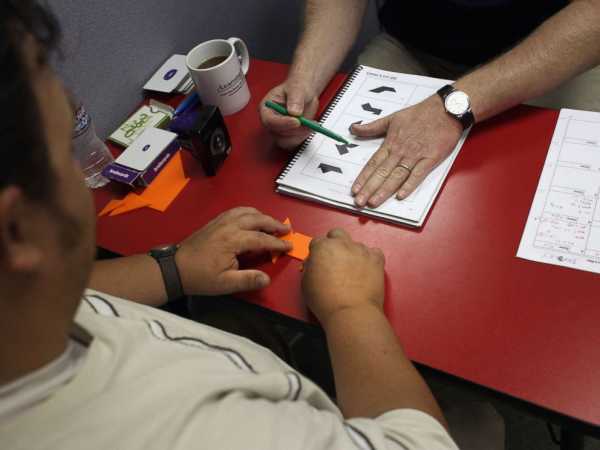 “This is the highest level of evidence so far to establish that this association is a real one and something to be taken seriously,” Dr. Raquel Gardner, the study’s lead author and an assistant professor of neurology at University of California, San Francisco (UCSF) and the San Francisco VA Medical Center, told ABC News.

“Even in our study, the vast majority of veterans who had a traumatic brain injury [more than 99 percent] did not get Parkinson’s disease. So the risk is low on the individual level,” Gardner explained.

What is the link?

It may be explained by the release of a protein called “alpha-synuclein” by injured brain cells into the fluid surrounding the brain. Abnormal accumulation of this protein inside cells is a hallmark of Parkinson’s disease. But there is a lot more research needed to better understand the effects of the brain injury.

“The TBI might directly trigger changes in the brain that weren’t there before. The other possibility is that maybe there was a process already happening in the brain and the person might have gotten Parkinson’s disease [anyway] many years later. But the brain injury made the symptoms come on sooner and the diagnosis come sooner,” Gardner explained. “We need more studies to unravel the biology behind what’s going on here.”

The study was published on Wednesday in the online edition of the Journal of Neurology. This study is a part of the large-scale Chronic Effects of Neurotrauma Consortium research initiative. One of the investigators is senior author Kristine Yaffe, professor in the UCSF departments of neurology, psychiatry, medicine, and epidemiology and biostatistics. The goal of the study is to understand the chronic effects of TBI — particularly mild TBI — in veterans, and it’s a response to the high rates of mild TBI in young veterans.

“While the participants had all served in the active military, many if not most of the traumatic brain injuries had been acquired during civilian life,” Yaffe said in a press release. “As such, we believe it has important implications for the general population.”

After Neil Diamond’s Parkinson’s diagnosis, here’s what you need to know about the disease

Researchers are still working to understand what causes Parkinson’s. It is likely a combination of genetics and changes in the brain throughout one’s lifespan. Parkinson’s usually develops in adults over the age of 60. There is no cure for the disease, but therapies can slow the progression of movement symptoms. Currently available treatments are medications which affect brain signaling and a procedure called deep-brain stimulation, which involves electrodes implanted in the brain.

You can find out more about Parkinson’s disease at the American Parkinson Disease Association website.

The Centers for Disease Control and Prevention (CDC) describes a TBI as “a disruption in the normal function of the brain that can be caused by a bump, blow, or jolt to the head, or penetrating head injury.”

TBI is gaining attention as a public health problem in the United States. They contribute to about 50,000 deaths per year, but there are also concerns for people who survive their head injury.

After a TBI, people may experience impaired memory and reasoning, abnormal sight or hearing, balance problems, or difficulty communicating. They may also have emotional changes like anxiety, depressed mood, aggression, or even social inappropriateness. When the injury is a concussion, symptoms usually disappear within six weeks. Some people experience post-concussive syndrome, which is a prolonged period of difficulty performing daily tasks due to symptoms such as headaches, dizziness, irritability, difficulty concentrating and slowed thinking.

Having more than one head injury in a short time span can be highly dangerous. Chronic Traumatic Encephalopathy (CTE), made famous in the film “Concussion,” is a specific type of brain condition which may result after TBI or after many repeated minor hits to the head.

Long-term problems related to concussion are very rare, but TBI has been shown to increase a person’s risk for Alzheimer’s disease, ALS (or Lou Gehrig’s disease), depression, and bipolar disorder. In most of these cases, the brain injury is probably not the only cause for the condition but is one of many factors, like genes, lifestyle habits, and age, which all act to make a person more susceptible to the associated brain changes.

Athletes and military personnel are at high risk for TBI. There is growing awareness that very young children and the elderly are frequently affected by TBI as a result of accidental falls. Motor vehicle crashes are also a leading cause of TBI.

Protecting you and your loved one from TBI

The best way to avoid the consequences of TBI is to minimize the risk of head injury in the first place.

Wear a properly fitted helmet every time you are involved in a high-risk activity. This includes riding a bike, scooter, skateboard, or all-terrain vehicle, playing a contact sport such as football or ice hockey, or any activity with the possibility of high speed falls, like skiing, rock climbing, or riding a horse.

Buckle your seat belt every time you ride in a vehicle. If you have young children, make sure their car seats are properly installed.

Family members can help senior citizens have a fall-safe home by making sure there’s good lighting in hallways and stairways, using non-slip mats in the shower and bathroom, and removing potential trip hazards like rugs or electrical cords from the floor.

If you have young children around, install trip gates at the top and bottom of every stairway and make sure their playground surfaces are made of soft material.

For more information on these safety tips, see the CDC website.

And if you or a loved one does suffer a concussion, the best thing you can do for recovery is rest, rest, and more rest.