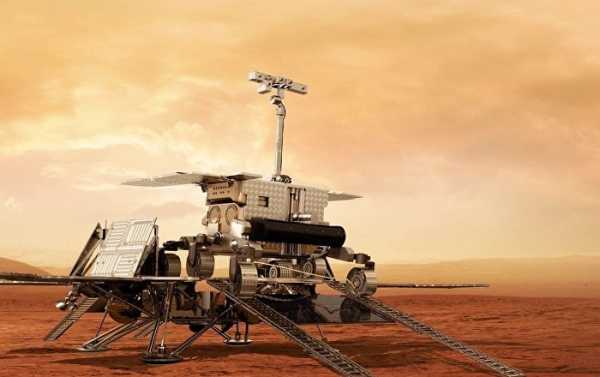 MOSCOW (Sputnik) – The site for the landing of the Russian-built surface platform system as part of the Russian-EU ExoMars mission to the Red Planet will be chosen in October or November, Daniil Rodionov, the head of a laboratory at the Russian Academy of Sciences’ Space Research Institute, told Sputnik.

“There are two candidate sites — Oxia Planum and Mawrth Vallis. The choice will be made by the end of this year, I believe, in October-November,” Rodionov, who heads the ExoMars project from the Russian side, said.

There are two requirements that the site for the mission’s landing should meet – the feasibility of landing, and the site’s usefulness in terms of achieving the research objectives of the mission, which includes such criteria as the presence of water, and conditions for conservation of signs of life, Rodionov noted.

The choice of the landing site will be carried out jointly by the Russian and EU scientists, the researcher continued, adding that the launch of the second stage of the mission is set for June 2020.

Scientists have been considering the issue of the landing site for the second launch of the ExoMars mission since 2013. A total of four sites, all located near the equator in the northern hemisphere of Mars, have been considered for this purpose. Oxia Planum was indicated as a priority site in 2015.

ExoMars, a joint mission of the European Space Agency (ESA) and the Russian space agency Roscosmos, aims to find signs of biological or geological activity on Mars. In 2016, the ExoMars Trace Gas Orbiter (TGO) and a test stationary lander called Schiaparelli were launched. Roscosmos said on April 10, that the TGO would start exploring the atmosphere of Mars later this month.

The second stage of the mission envisages delivering the ExoMars Rover, developed by ESA, and a Russian surface platform to explore the planet.