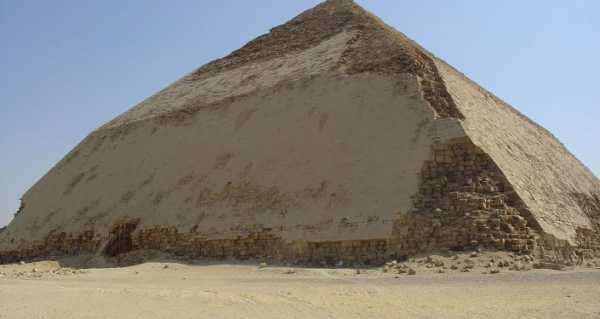 Newport-based structural engineer Peter James together with his team has been restoring the Egyptian pyramids for 18 years, working deep inside the iconic structures and questioning how exactly they were built, over 4,000 years ago.

The workers who toiled on the construction of ancient Egypt’s pyramids made an error, claims a structural engineer expert who has long been immersed in the renovation of the ancient monuments, writes the Express.

The secrets behind the construction of the iconic pyramids of Egypt, built for the country’s pharaohs, anticipated to become Gods in the afterlife, and their consorts, are some of the most enduring and intriguing. The earliest known Egyptian pyramids are found at Saqqara, northwest of Memphis.

The Pyramid of Djoser, or the Step Pyramid, is believed to date back as early as 2630 BC. However, it is the pyramids built during the Fourth Dynasty, and situated on the Giza plateau, that are, perhaps, the most famous.

​Located approximately 25 miles south of Cairo is another landmark not quite worthy of a postcard – the Bent Pyramid.

​The pyramid was built under the Old Kingdom Pharaoh Sneferu and stands at the royal necropolis of Dahshur.

‘So Simple its Laughable’

What makes the Bent pyramid stand out is the fact it has preserved its original outer limestone case. However, according to structural engineer Peter James, author of the book “Saving the Pyramids: Twenty First Century Engineering and Egypt’s Ancient Monuments,” this is hardly surprising.

​James, Managing Director of Cintec International in Newport, South Wales, UK, who has worked for the past 14 years to preserve the historic buildings and temples of Egypt, claims that ancient Egyptian construction techniques were “so simple that it’s laughable”.

“When I was working at the Step Pyramid I was asked to have a look at the outer casing of the Bent Pyramid. It is the only pyramid that still has a large quantity of its casing stones – of the seven great pyramids in that area of the Old Kingdom – all the others have lost theirs,” he was quoted as saying by the Express.

James explained that he was able to unravel the mystery of how ancient workers built the Bent Pyramid differently to the others.

The Newport-based Egyptologist claims that studies have proved that the Bent Pyramid survived “because of its shape”.

Sarcophaguses that are around 2500 years old, from the newly discovered burial site near Egypt’s Saqqara necropolis, are seen during a presentation in Giza, Egypt November 14, 2020.

The expert explained the technique resorted to by ancient workers.

The engineer, who has been involved in projects to restore historically significant structures all around the world, including the residence of the British Royal Family, Windsor Castle, and the White House, says:

Back in 2013 Peter James vowed to shake up the accepted theories pertaining to how the Egyptian pyramids were built, claiming that the notion that hundreds of workers manoeuvred two million stone blocks up ramps was “impossible”.

Instead, his work deep inside the pyramids has led him to believe that the structures were built from the inside out, with large stones on the outside and small material inside. He also believes that the Great Pyramid of Giza still bears an astounding number of secrets, even though most of the valued items were stolen from the structure in medieval times.