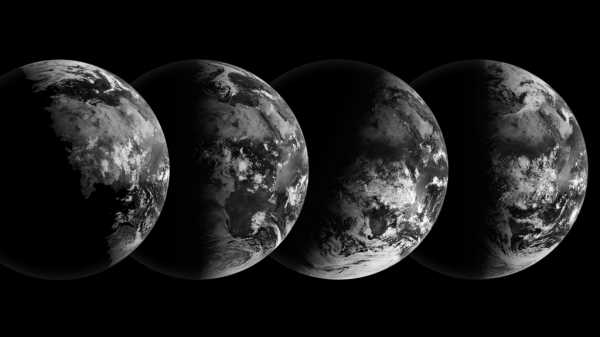 Friday is the summer solstice, the longest day of the year and the start of the summer season. (Meteorologists would say that summer is defined as the three hottest months of the year — June, July, and August.) But never mind that. We can celebrate today. A Google Doodle even marks the occasion.

As we do, it’s worth thinking about the great celestial cycle that causes the seasons on our planet. The seasons, and the changing length of daylight hours throughout the year, are all due to one fact: Earth spins on a tilted axis.

The tilt — possibly caused by a massive object hitting Earth billions of years ago — means that for half the year, the North Pole is pointed toward the sun (as in the picture below). 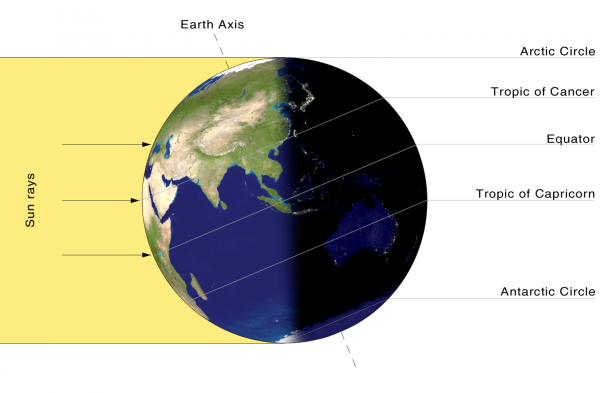 For the other half of the year, the South Pole gets more light. 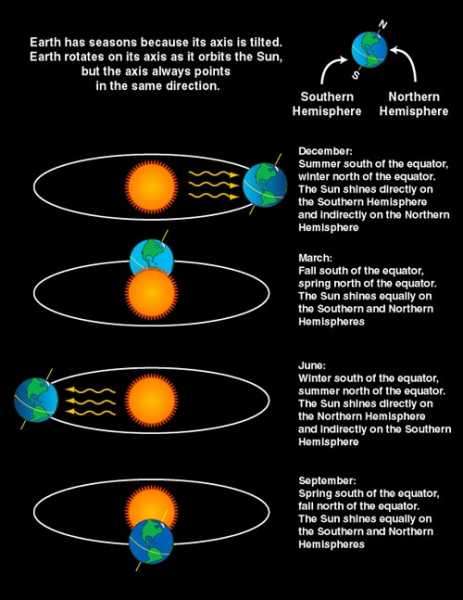 Up next is probably the coolest demonstration of what that means for life on Earth. It’s a time-lapse demonstration of the phenomenon shot over the course of a whole year from space. In the video, you can see how the line separating day from night (called the terminator) swings back and forth from the poles during the year. Half the globe is always illuminated, but where the dividing line is between day and night is always changing.

Here’s another fun way to visualize the extreme of the summer solstice. In 2013, a resident of Alberta, Canada, took this pinhole camera photograph of the sun’s path throughout the year and shared it with the astronomy website EarthSky. You can see the dramatic change in the arc of the sun from December to June. (You can easily make a similar image at home. All you need is a can, photo paper, some tape, and a pin. Instructions here.)

The cycles of seasons are one of the constants of life on Earth. You can read more about them here.