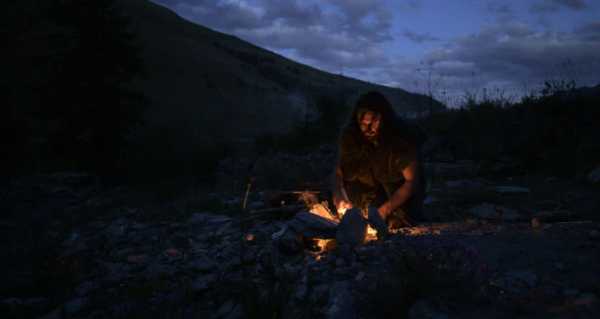 The Guattari cave in Italy, located on the coast between Rome and Naples, is noteworthy for a remarkable chance discovery of Neanderthal fossils in 1939, with the site failing to offer up any secrets since then.

A cave in Italy that was once sealed by an ancient landslide or earthquake has yielded a stunning discovery of ancient human remains.

Italian archaeologists have unearthed the bones of nine Neanderthals, include skullcaps and broken jawbones, in the grotto about 100km south-east of Rome, according to the Italian Culture Ministry.

​All the fossils found in the Guattari Cave in San Felice Circeo are believed to be adults – seven adults and one female – with one possibly a youth, according to scientists from the Archaeological Superintendency of Latina and the University of Tor Vergata in Rome.

Our closest ancient human relatives are believed to have lived in different time periods. Some bones are estimated to be as old as 50,000 to 68,000 years, with the most ancient ones are suggested as dating back 100,000 years.

The cave is famous for having afforded archaeologists a glimpse into mankind’s distant past when workers discovered, by chance, fossils of Neanderthals here in 1939.

Anthropologist Alberto Carlo Blanc is credited with the Neanderthal skull discovery stemming from that accidental encounter. Excavations resumed here in 2019, involving a part of the cave that hadn’t yet been explored.

Francesco Di Mario, who led the excavation project, said the fossil find represented a Neanderthal population in the area that was likely quite large.

Most of the Neanderthals are assumed to have been mauled by hyenas, who dragged the ancient hominids to the cave where they had made their den.

The highly fragmented Neanderthal collection of the third cave at Goyet represents at least five individuals. Dating indicates that the ones marked with an asterisk go back to between 40,500 and 45,500 years ago

The Culture Ministry’s statement says that many of the bones showed “clear signs of gnawing”.

Before meeting their death between the jaws of the ferocious predators, experts believe that the Neanderthals might have used the cave as their home. The researchers shall now be analysing the DNA of the individuals to better understand how they lived. Meanwhile, preliminary analysis of dental tartar suggests their diet was varied, primarily consisting of cereals.

​Neanderthals, who crafted complex stone tools, painted jewellery, and used to adorn caves with their ancient artwork, populated Eurasia from the Atlantic coast to the Ural mountains between about 130,000 and 40,000 years ago. After that, all physical evidence of them vanished, although part of them lives on in the DNA of modern humans despite most of our ancestors arriving from Africa via the Middle East more recently.