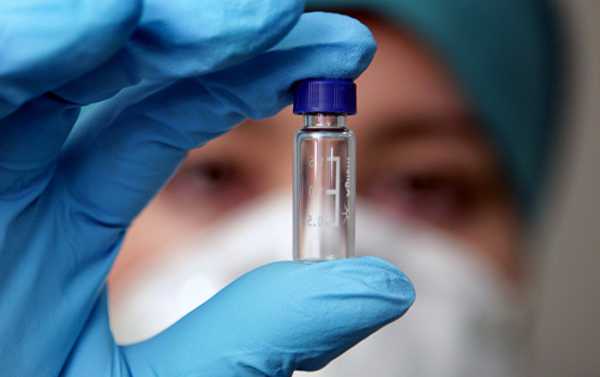 China is editing human DNA using a revolutionary gene-editing tool invented in the US, in 2012, in an effort to fight cancer and other viruses. But so far China is the only country where clinical trials on humans are underway. Sputnik spoke to one of the doctors behind them, Wu Shixiu, deputy chief physician at Hangzhou Cancer Hospital.

In a cancer hospital in Hangzhou, doctors are trying to force a patient’s body to fight malignant cells by changing their DNA code. The hospital’s deputy chief physician Wu Shixiu in an interview to Sputnik said that the experiments have been successful. The method is effective cancer treatment, and, according to the doctor, is safer than chemotherapy. However, Dr Wu specified, that so far only a few patients have been treated using the new technology.

The technology, CRISPR-Cas9, was invented in the US in 2012. Cas9 is a special protein associated with the adaptive immune system CRISPR. Using this protein, it is possible to detect foreign fragments of DNA in the body, remove them and replace them with new ones. Simply put, the technology allows you to edit DNA. In the US and Europe, this technology has been tested for many years on individual biomaterials in laboratories. In China, in the Hangzhou Cancer Hospital and some other medical institutions, it’s tested on patients.

Blood samples are taken from patients and then, in the laboratory, using the CRISPR-Cas9 technology, a DNA site is isolated that suppresses the ability of the immune system to fight malignant cells. This area is cut out, then the blood containing cells with modified DNA is transfused back to the patient. It’s believed that after this the body begins to fight the disease and defeats the cancer cells on its own.

The clinical trials of Chinese doctors were first reported in Nature magazine in late 2016. The article caused a lot of controversy in the scientific community. First, because the CRISPR-Cas9 technology is still quite new, which means that all its side effects aren’t fully understood. So, for example, scientists from Columbia University in the United States recently found that the new method not only makes the necessary changes in the genome, but also affects other parts of it, which causes unexpected mutations. Scientists have sequenced the genome of two mice, that they previously cured of blindness using the CRISPR-Cas9 and as a result, 1,500 mutations were found in the genome of each mouse. This isn’t a lot, scientists noted, besides, these mutations had no effect on the health of the mice. However, this study suggested that there are potential risks to using the new technology, and it apparently needs to be improved, according to scientists at Columbia University.

Secondly, Western scientists are concerned about the ethical side of the issue. Is it right, from a moral point of view, to interfere with the human genome? A consensus among scientists around the world hasn’t been achieved yet. However, in China, doctors have a slightly different approach. Most importantly, says Dr Wu, it is to try to help the patient, to give the last chance to a terminally sick person. Moreover, these experiments, of course, are carried out with the patient’s consent.

“So far, 21 patients have participated in the trials. The efficiency was about 40 percent. One person has lived after the experiment for almost a year now. We started the procedure in March last year, he’s still alive, after 11 months. All patients suffered from esophageal cancer, they all had previously undergone chemotherapy, radiotherapy, and surgery, so all the participants in the trials are patients who have already tried all other methods of treatment. In general, the situation is favorable. If it wasn’t for this experiment, they couldn’t be helped by any other forms of treatment.”

Of course, not enough time has passed to be certain that the new method, which is being tested by Chinese doctors, is effective. Only a small number of patients took part in the trials. However, at the moment the trials seem to be successful, Dr. Wu believes.

“As of now, the method is, of course, effective. So far it’s difficult to say which types of cancer it’s best suited for or what types of cancer are best treated with Crispr-Cas9. We’ve only treated a small number of patients. Subsequently, the number will increase, and it will become more clear,  but so far, the scope of application is very broad. Genome editing, as our experience and experience of other Chinese medical institutions that carry out this experiment, shows that it’s quite safe. It’s safer than drugs. The most common side-effects noted were only a skin rash and fever.”

CRISPR-Cas9 can be used beyond just treating cancer. According to Nature magazine, a group of Canadian scientists using Crispr-Cas9 were able to modify the receptor gene for HIV. Thus, potentially, it can make a person immune to this dangerous virus. Nevertheless, the global scientific community is wary of genetic engineering. In the US, for example, in order to be able to carry out any type of procedures with the human genome, approval of the Food and Drug Administration (FDA) is required, clinical trials using CRISPR-Cas9 in humans haven’t been approved.

American scientists identified several risks associated with the new technology. This is the risk of inaccurate editing, the difficulty of predicting the consequences of gene changes. Some scientists point to the need to study the consequences of altered gene carriers in later generations. Scientists believe that all these issues can ultimately lead to the problem of intentional changes in the evolution of man through technology. Dr. Wu says that though this technology was invented in the US, various theoretical issues are preventing these groundbreaking methods from being put into practice.