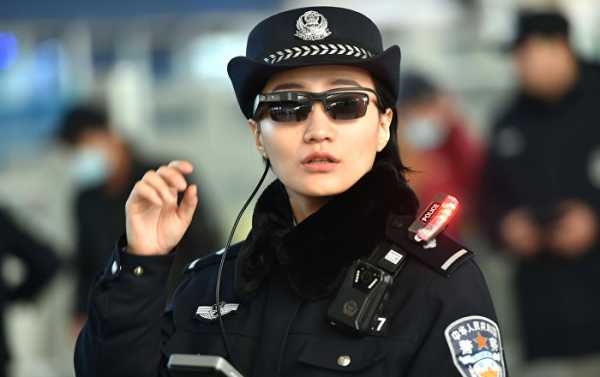 At least 33 suspects accused of human trafficking, hit and runs as well as using fake IDs, among other crimes, have been detained by Chinese police with the help of high technology currently in use in the city of Zhengzhou.

The glasses equipped with facial recognition system are used by four police officers who take mugshots of suspicious individuals and get feedback from the database back at the HQ with the help of a camera connected to a smartphone-like device. 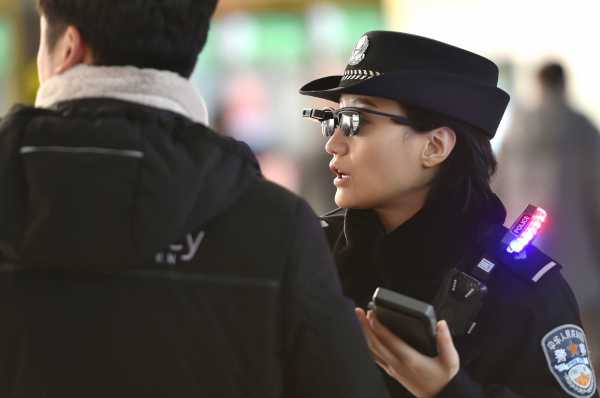 Police officer (R) speaking as she wears a pair of smartglasses with a facial recognition system at Zhengzhou East Railway Station in Zhengzhou in China’s central Henan province. File photo

The glasses allow police obtain specific information about a suspect, such as name, address, gender and ethnicity as well as information on whether this suspect is on the run. 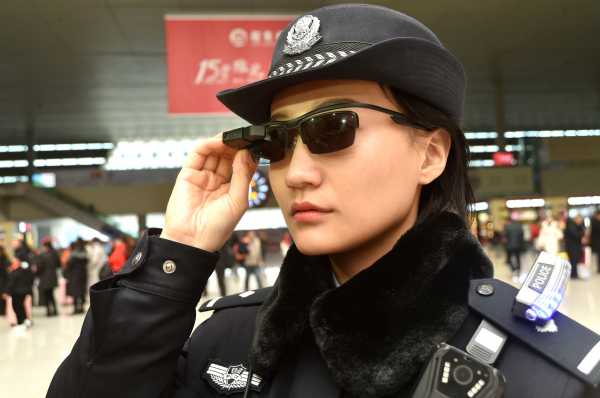 So far, a total of seven suspects facing human trafficking and hit and run charges have been arrested by Zhengzhou police using the glasses, which also helped them detain 26 individuals accused of using fake IDs.