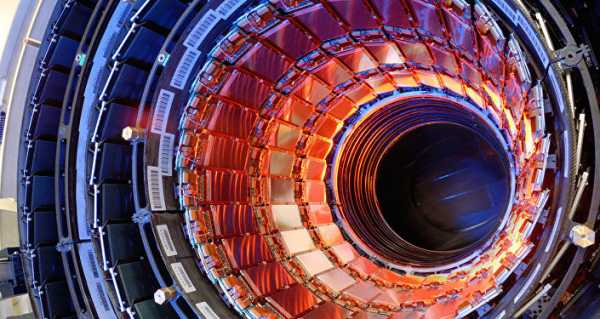 In July 2012, the Large Hadron Collider helped scientists to announce the discovery of the famed Higgs boson sub-atomic particle, the existence of which was first mentioned in the mid-1960s.

A unique detector for the Large Hadron Collider (LHC) is being developed by scientists from the Moscow-based National Research Nuclear University MEPhI, its press service has reported.

According to the press service, researchers managed to find a number of theoretical and engineering solutions that make it possible to create a so-called transient radiation detector (TIR) based on high-grain semiconductors.

He said that exploring this sector may shed more light on the structure of a proton and help scientists resolve the paradox of particle physics, namely the change in particle spectrums at extremely high energies.

According to him, it turned out that interference effects in the LNC’s multilayer radiators change the main angle at which the transition radiation is generated, and its dependence on the particle mass can differ greatly from generally accepted law.

In the future, they plan to create a high-quality transient radiation detector to track high-precision particles so as to carry out experiments related to high-energy physics and cosmic rays.