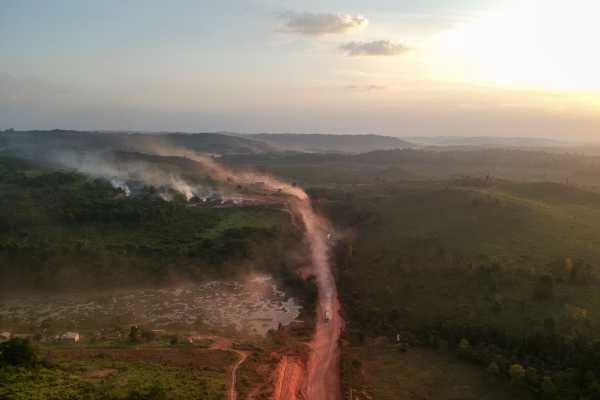 Deforestation in the Brazilian Amazon has surged to its highest rate in more than a decade, according to new data from Brazil’s National Institute for Space Research (INPE). It’s an alarming development in one of the most critical ecosystems for the planet, and it highlights how policy decisions by President Jair Bolsonaro’s government are driving the destruction.

The latest results show that deforestation increased nearly 30 percent between August 2018 and through July 2019 compared to the 12 months prior. It marks the highest rate of deforestation since 2008 and amounts to a cleared area spanning 9,762 square kilometers (3,769 square miles), larger than Yellowstone National Park.

The increase coincides with the election of Bolsonaro in October 2018, a far-right politician who campaigned on promises of exploiting the Amazon rainforest to benefit the Brazilian economy.

Over the summer, INPE reported that deforestation in June was 88 percent higher than the same month the year before. At the time, Bolsonaro called the results “lies” and ousted the head of INPE, Ricardo Galvão.

That was followed by a spike in fires that sent smoke thousands of miles across the region, darkening skies all the way to São Paulo, Brazil’s largest city. The Amazon rainforest does not burn naturally, so fires are a direct result of human activity. Many are deliberately ignited to clear the forest for farming and cattle ranching. Brazil is the largest beef exporter in the world, and 80 percent of the soy it grows in the Amazon goes to animal feed.

Activists say the Brazilian government under Bolsonaro has been lax in its enforcement of environmental regulations and has tacitly approved the clearing of the forest, hence the recent spike in deforestation and forest fires.

Why it’s been so lucrative to destroy the Amazon rainforest

Fire is also used as a tactic to drive indigenous people who live in the rainforest off their lands. Violence against indigenous people in Brazil also rose under Bolsonaro, who also campaigned on rolling back indigenous rights. The number of land incursions, illegal natural resource extraction, and property damage in indigenous areas doubling in the first nine months of the administration compared to the year prior.

The Amazon fires this summer triggered an international outcry, and Bolsonaro eventually responded by sending the military to fight the fires. The number of fires decreased, but new blazes continued to ignite into October.

But significant damage was done to the massive, fragile forest by the fires, and by the ongoing deforestation. The Amazon has one of the highest concentrations of biodiversity in the world. Its trees keep the air cool, cycle moisture, and generate about half its own rainfall while also providing water to nearby farms and cities. Its vegetation and soil are a massive reservoir of carbon that become a source of emissions with fires and deforestation. So losing swaths of rainforest threatens regional rainfall patterns, the global climate, and some of the most unique forms of life on the planet. 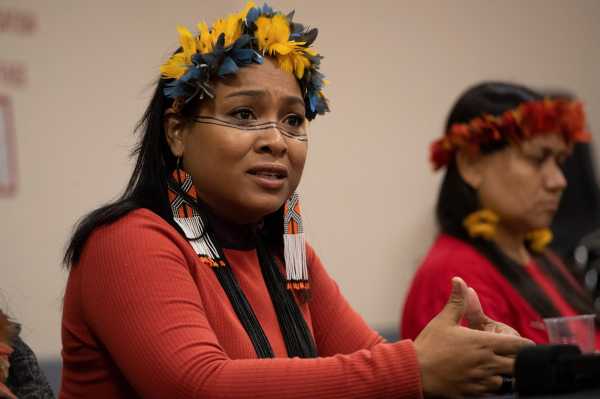 And activists are worried the situation will only continue to get worse under Bolsonaro. “Even in the face of an alarming scenario for the Amazon, with increased fires, deforestation, invasions of protected areas, and violence against Indigenous Peoples, the government hasn’t presented any consistent policy to protect the forest and its peoples; on the contrary, the government is taking the side of environmental crime,” said Cristiane Mazzetti, an Amazon campaigner for Greenpeace, in a statement.

Scientists also fear the Amazon is closer to a tipping point where it will enter an irreversible cycle of collapse known as a dieback. Between 15 and 17 percent of the Amazon rainforest has been lost, and if the amount of cleared forest land reaches 25 percent, there won’t be enough trees cycling moisture through the rainforest. That will cause the rainforest to dry out and degrade into a savanna.

Next month, Brazil and other countries will gather in Madrid, Spain, to cement the details of how they plan to meet their obligations to fight climate change under the Paris climate agreement. One of the most important tactics for limiting warming is preserving and restoring natural ecosystems like the Amazon rainforest. The rainforest stores and takes in a vast quantity of carbon, making a valuable global environmental asset.

However, Bolsonaro has said that international interest in the Brazilian Amazon is a threat to his country’s sovereignty. About 60 percent of the Amazon rainforest’s 2.1 million square mile range is within Brazil’s borders. “It is a fallacy to say that the Amazon is the heritage of humankind,” he told the United Nations General Assembly in September.