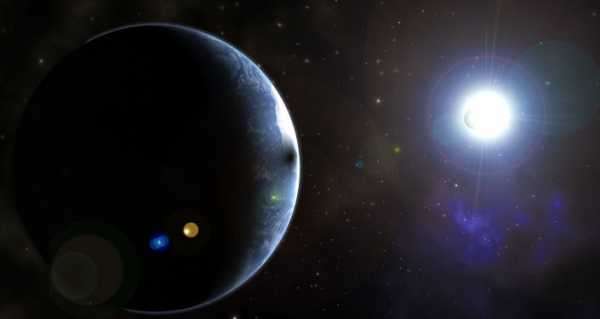 Unfortunately, current telescopes are unable to detect evidence of life or determine whether an exoplanet, a planet outside our Solar system, is actually habitable, but future observatories, such as NASA’s James Webb space telescope, will dive deeper than ever before to determine if we are alone in the universe.

There could be at least 29 potentially habitable worlds “ideally positioned” to monitor Earth if they contain an advanced civilization, a new study published in Nature magazine revealed.

In order to learn more about how humans discover exoplanets, a Cornell University team reversed the procedure to explore which planets could find us. Astronomers working with the American Museum of Natural History in New York discovered 2,034 star systems in our galactic neighborhood, all within 326 light years of Earth, that could witness our planet’s transit of the Sun.

Because our universe is dynamic, the number of stars that could possibly observe our planet varies based on their location in space relative to the solar system.

“From the exoplanets’ point-of-view, we are the aliens,” Lisa Kaltenegger, professor of astronomy and director of Cornell’s Carl Sagan Institute is quoted as saying in the Daily Mail report regarding the findings. “We wanted to know which stars have the right vantage point to see Earth, as it blocks the Sun’s light.”

And according to the study, each of these worlds has or will have the ability to detect Earth, just as Earth scientists have discovered countless worlds orbiting other stars. Earth’s astronomers can analyze the atmospheres of remote exoplanets by watching them transit, or cross, their own sun.

If exoplanets harbor intelligent life, they can watch Earth while it is backlit by the Sun and see the chemical fingerprints of life, such as oxygen, in our atmosphere.

Of course, this estimate is predicated on the idea of life as we know it, which necessitates water and a rocky environment.

The number of rocky planets in their star’s habitable zone is estimated based on the planet’s radius and the size and type of the host star. According to new calculations, there are 1.28 planets per star in the habitable zone, or one to two per system. This corresponds to the Solar System, with Earth as the only livable planet and Venus and Mars on the outskirts of the habitable zone, respectively.

“One might imagine that worlds beyond Earth that have already detected us, are making the same plans for our planet and solar system,” another author of the research, astrophysicist Jackie Faherty, a senior scientist at the American Museum of Natural History concluded about the findings. “This catalog is an intriguing thought experiment for which one of our neighbors might be able to find us.”