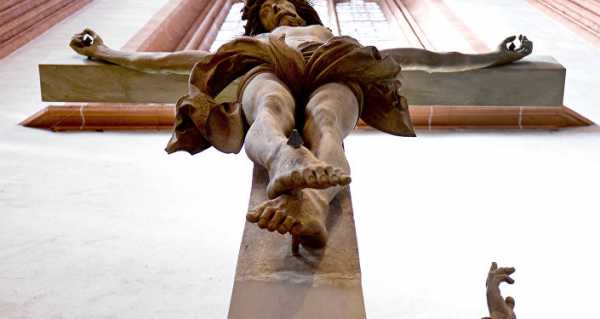 The nails were allegedly descovered in Jerusalem in 1990, in a first-century burial cave attributed to Caiaphas, the Jewish supreme priest who, according to the gospels, sent Jesus to his death. They were lost at some point, but in a 2011 documentary called “Nails Of The Cross”, filmmaker Simcha Jacobovici said he had recovered the ancient relics.

Nails purportedly linked to the crucifixion of Jesus Christ have fragments of ancient bone and wood embedded in them, a new shocking study has revealed. The lead author of the publication Dr Aryeh Shimron stressed that the nails were the same relics found in the Caiaphas cave, and had been confirmed by chemical analysis.

​He also stated that the nails were sufficient to fix a human hand to a wooden cross, but stopped short of attributing them directly to Jesus himself.

The two nails were found in the Caiaphas cave at Peace Forest, Jerusalem – one at an ossuary, marked with Caiaphas’ name, and another at a second without an inscription.