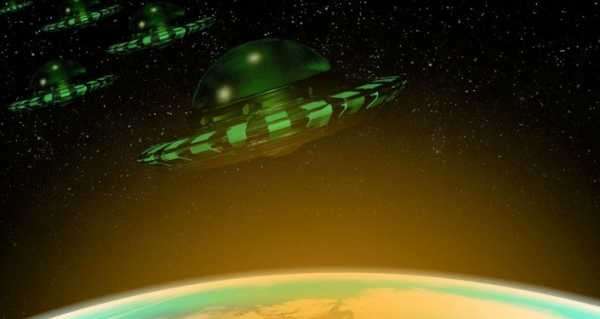 A long-anticipated report by the Office of the Director of National Intelligence revealed in June that over 140 incidents of Unidentified Aerial Phenomena (UAP) sightings recorded by US Navy pilots in previous decades still cannot be explained using the means we have now.

About two-thirds of Americans (65%) believe that there is some intelligent life out there.

A survey by Pew Research Center, conducted between 14 and 24 June among 10,417 US adults, revealed that many Americans were sure we are not alone in this universe. Only 2% of the respondents refused to answer, while the rest remained confident that all these stories about UFOs sightings were a product of vivid imaginations or perhaps delusional.

Anther 40% said that it was probable, while 47% didn’t think the visuals of hovering orbs and round objects reported by US Navy pilots were sufficeint evidence of aliens.

This comes as a new report by the Office of the Director of National Intelligence concluded in June that out of 144 incidents of UAPs spotted by Navy pilots between 2004 and 2021 only one object could have been clearly identified as a large balloon. Others remain “unexplained”, the government admitted, citing lack of data.

NASA administrator and former astronaut Bill Nelson said shortly after that he had a feeling that “there is clearly something there”.

However, the survey concluded that most Americans didn’t believe we should fear UFOs – assuming they are out there with their superior technologies watching over us.

Majority of respondents of the Pew Research Center’s survey said UFOs were “not a threat” to US national security, while 36% said they were – albeit a “minor” one. One tenth of Americans however concluded that UFOs were pretty threatening.

74% of respondents still argued that aliens were neither friendly not hostile.

Not surprisingly, young Americans were more inclined to believe in extraterrestrial life that those aged 50 or older, with men being more hard believers in UFO than women.