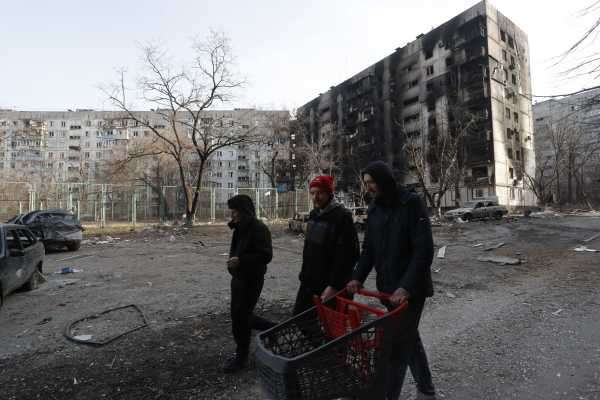 The International Committee of the Red Cross (ICRC) is attempting another evacuation of the southern Ukrainian city of Mariupol, after similar efforts failed earlier in the week. The strategic port city has become a humanitarian disaster in the past five weeks of fighting, with dwindling food and medical supplies, no electricity, heat, or clean water, and no safe humanitarian corridor for civilians to flee.

“The ICRC team departed Zaporizhzhia this morning,” an ICRC spokesperson told Vox via email on Saturday. “They are spending the night en route to Mariupol and are yet to reach the city.” The spokesperson did not elaborate on the conditions that caused Friday’s evacuation attempt to fail.

The ICRC’s role in the evacuation effort was to accompany humanitarian convoys from Mariupol to Zaporizhzhia, indicating that the vehicles are civilian and not military targets; Friday’s mission was to escort about 54 buses of evacuees, as well as civilians in private vehicles. However, the terms of the ceasefire were unclear as of Thursday, and some buses in the convoy came under fire as they approached the city of Berdyansk on Thursday afternoon, according to Tetiana Ignatenkova, a spokesperson for the Donetsk regional administration.

Some Mariupol residents managed to leave via private car, escaping to the Zaporizhzhia region, according to Ukraine’s ​​Deputy Prime Minister Irina Veryschuk, and presidential aide ​​Kyrylo Tymoshenko reported that around 3,000 fled the city Friday, according to the New York Times. Humanitarian routes have been established from seven areas, including Mariupol, for Saturday’s evacuation attempts, according to Veryschuk.

Ukrainian officials report that 5,000 of Mariupol’s civilians have been killed thus far in the conflict, according to Reuters, and the Washington Post reports that 100,000 people are still trapped in the besieged city. Large-scale evacuation attempts both on Friday and earlier in March were unsuccessful because a safe exit route couldn’t be established; an ICRC team of three vehicles and nine personnel coming from Zaporizhzhia, about 125 miles from Mariupol, to facilitate the evacuation had to turn back due to “impossible” conditions, according to a statement. The statement didn’t go into detail about the conditions, saying only that in order for the humanitarian mission to succeed, “it is critical that the parties respect the agreements and provide the necessary conditions and security guarantees.” 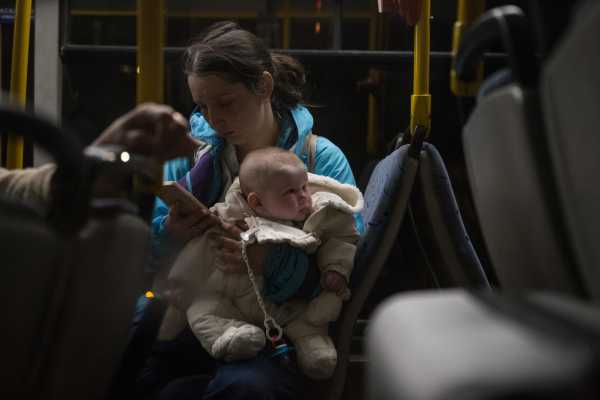 Even using so-called “green” or humanitarian corridors puts evacuees at risk; although these are supposed to be safe routes, “there have been times when tanks have shot at civilian vehicles trying to leave,” Oleksandr Lysenko, the mayor of the Ukrainian city of Sumy, said in a panel discussion with journalists in March. His claims aren’t isolated; a number of similar incidents have been reported, including the death of a family from Russian shelling as they were attempting to flee the city of Irpin.

Ukraine and the Kremlin had agreed to a humanitarian ceasefire Thursday, but US officials noted that Russian airstrikes continued in the capital of Kyiv and in Mariupol in the 24 hours leading up to the ceasefire, according to the Washington Post. During that period, civilians were to be able to leave safely, and aid groups to deliver critical humanitarian aid to Mariupol, which has been surrounded by Russian troops and cut off from supplies for weeks.

In spite of prolonged, intense Russian shelling and bombardment that have devastated Mariupol, Ukrainian forces have battled for control of the city even as Russian troops surrounded it. Meanwhile, efforts to negotiate a durable ceasefire so civilians can evacuate the besieged city have repeatedly failed, and despite Russia’s slow retreat from Kyiv and other areas in the north, Mariupol remains an active conflict zone. It looks to stay that way for the foreseeable future, according to Ukrainian presidential adviser Oleksiy Arestovych. “We need to rid ourselves of illusions: We stand before difficult fights in the south, Mariupol, for the east of Ukraine,” he said in a nationally televised address on Saturday, indicating that those left in Mariupol will continue to suffer, particularly if Saturday’s evacuation attempt is unsuccessful.

Conditions in Mariupol had already deteriorated significantly by mid-March; infrastructure providing potable water had been destroyed and aid workers from Mèdecins Sans Frontieres (MSF) reported that residents were looking for sources of groundwater to drink — after boiling it over a wood fire, as heat and electricity had been cut off, too.

Serhiy Orlov, the deputy mayor of Mariupol, noted in March that the city was already running critically low on medical supplies like insulin, as well as food, fuel, and warm clothing. “Let me make it clear … we have total destruction of the city of Mariupol,” he said at the time.

The vulnerable infrastructure of cities like Mariupol means that damage to one part of it — say, a water pipe — can affect thousands of people’s access to clean drinking water, heat, or electricity. However, targeting that kind of civilian infrastructure is a feature of Russia’s urban warfare, Rita Konaev, the associate director of analysis at Georgetown University’s Center for Security and Emerging Technology, explained to Vox in March.

“The Russian approach to urban warfare very much emphasizes priming and prepping the ground for any sort of ground operation with this destruction from the air. It’s to break morale, it’s to cause significant damage to the infrastructure of cities, it’s to cause high levels of displacement from the cities,” she said.

Statements from both the ICRC and the United Nations on Thursday underscored the dire circumstances in Mariupol, and the critical and immediate need to get humanitarian supplies to its people. “We and our partners have still not been able to reach areas where people are in desperate need of support, including Mariupol, Kherson and Chernihiv, despite extensive efforts and ongoing engagement with the parties to the conflict,” UN Spokesperson Stéphane Dujarric told reporters Thursday. The ICRC expressed similar urgency in its statement: ”It’s desperately important that this operation takes place. The lives of tens of thousands of people in Mariupol depend on it.”

Russia won’t give up on Mariupol easily

Though peace talks between Russia and Ukraine resumed on Friday, there’s little indication that Russia will withdraw from Mariupol, a city it sees as critical for its control of the Donetsk and Luhansk regions — parts of which Russia recognized as independent breakaway republics just before invading Ukraine.

Now that the Russian military appears unable to capture Kyiv, it seems the Kremlin is turning its attention back to the southeast — specifically Mariupol. Russian control of the city would connect Donetsk and Luhansk, as well as cut off the rest of Ukraine from the Sea of Azov, which could cause serious, ongoing economic difficulty for Ukraine as Mariupol and other port cities are export hubs for grain.

Ukrainian troops have refused to surrender Mariupol, tying up Russian troops in a difficult urban battle that prevents them from reinforcing Russian units elsewhere; were Russia to capture the city, it would free up those forces for other campaigns.

But capturing Mariupol, which has put up such fierce resistance despite weeks of near-constant bombardment, would also provide a morale boost for Russian troops and the public in what has otherwise been a severely disappointing campaign.

“Putin wants to get the city regardless of the casualties and damage,” Orlov said. “The city is being brought back to the medieval times by the Russians. People can cook only by fire, and mothers and newborn children are not getting food. This is a genocide against Ukrainians.”