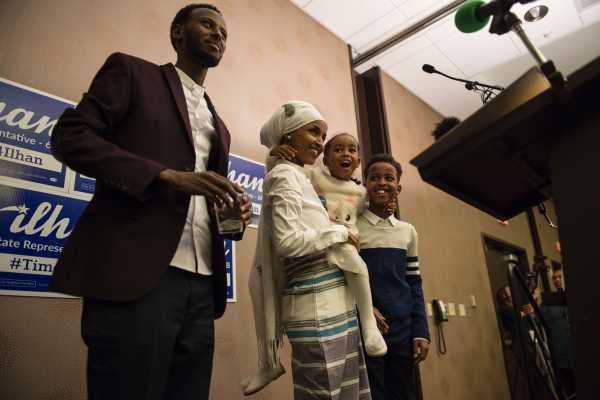 Women are running and winning in elections across the country in 2018, and Tuesday was no exception.

Democratic and Republican women in Connecticut, Minnesota, Vermont, and Wisconsin snagged victories in their primaries, putting Democrat Ilhan Omar on track to become one of the first Muslim women elected to Congress and ensuring that a woman will win the 2018 Senate races in Wisconsin and Minnesota.

Here’s a rundown of how women candidates did in Tuesday’s primaries.

Ilhan Omar won, and she’s expected to win in November

Omar, a 36-year-old Somali refugee who immigrated to the United States when she was 12, beat a crowded field to win the Democratic primary to represent Minnesota’s Fifth Congressional District. The seat is currently held by Rep. Keith Ellison, who decided to run for Minnesota attorney general. (He won his primary on Tuesday.)

As Vox’s Tara Golshan writes, Omar is expected to be elected to the House in November, given the district’s Democratic lean. She should be joined by Michigan’s Rashida Tlaib as the first Muslim women elected to Congress. Tlaib won her primary last week.

Omar ran on a progressive platform of Medicare-for-all, a $15 minimum wage, and tuition-free college.

“People want to know, is their next representative going to carry on the legacy that every vote matters, every vote counts?” Omar said in an interview with the MinnPost ahead of the primary.

In Wisconsin, state Sen. Leah Vukmir beat business leader Kevin Nicholson in the Republican primary to take on incumbent Democratic Sen. Tammy Baldwin in the fall. The GOP primary was a vicious one, with Nicholson, a former Democrat, and the establishment-backed Vukmir racing one another to the right.

Republicans are spending heavily to try to defeat Baldwin — they’d already poured in $8.5 million in March — but she appears to be on rather solid ground.

In Minnesota, Democratic Sen. Tina Smith, the state’s former lieutenant governor who was appointed to replace Al Franken after he resigned over allegations of sexual misconduct, easily won her primary. She’ll face Republican state Sen. Karin Housley, who won on Tuesday as well.

A RealClearPolitics average gives Smith a 9-point lead over Housley. This will be Minnesota’s first US Senate race with two women nominees.

To be sure, not all women were victorious in Minnesota and Wisconsin on Tuesday. School board member and teacher Cathy Myers lost to ironworker and union organizer Randy Bryce in the Democratic primary in Wisconsin’s First District, currently represented by House Speaker Paul Ryan. Minnesota state Rep. Erin Murphy and Attorney General Lori Swanson were defeated by US Rep. Tim Walz in Minnesota’s Democratic governor primary.

Attorney and veteran Margaret Engebretson won her Democratic primary in Wisconsin’s Seventh District, which covers much of the north of the state. 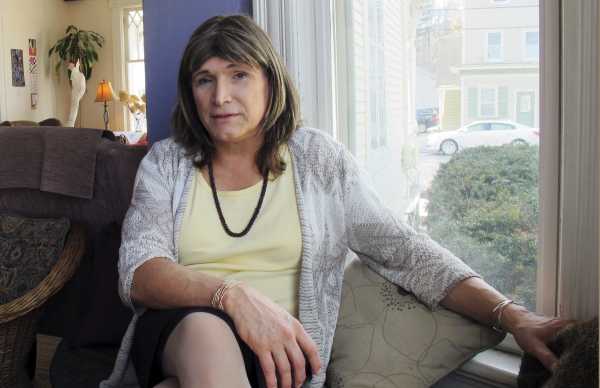 On Tuesday, Vermont voters nominated Christine Hallquist, a transgender woman, as the Democratic candidate for governor. If she wins, she would be the first transgender person elected to a governor’s mansion in the United States. Hallquist will be up against Republican incumbent Gov. Phil Scott in November and has a tough race ahead — Scott is widely expected to win.

Hallquist, the former CEO of the electricity company Vermont Electric Cooperative, spoke with the Guardian ahead of the primary about her race and her journey as a transgender woman. “I tell people this isn’t the hardest thing I ever did,” she said, referring to running for governor. “In fact, I think after transitioning everything else looks pretty easy.”

Jahana Hayes, an educator who was named the national Teacher of the Year in 2016, won her primary to represent Connecticut’s Fifth District in the House. If elected, she will be the state’s first black Democrat to serve in Congress.

She was considered a long-shot candidate against longtime Democratic politician Mary Glassman, and according to the New York Times, she embraced her underdog status in her campaign. Hayes will now face former Mayor Manny Santos in November to take the seat currently held by Democratic Rep. Elizabeth Esty, who is retiring.

“I feel like I’m at a point in my life where I have a responsibility to speak up for my community,” Hayes said in an interview with the Times ahead of the race.