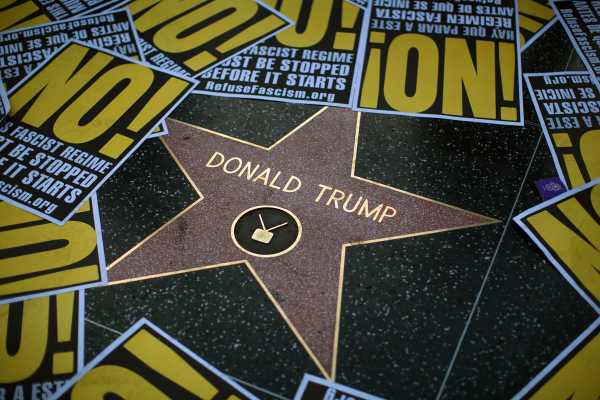 President Donald Trump is holding a social media summit at the White House this week. It’s a sham.

On Thursday, the president will bring together conservative organizations, figures, and lawmakers for what a White House spokesperson described to the Associated Press as a gathering of “digital leaders for a robust conversation on the opportunities and challenges of today’s online environment.” Missing from the list of attendees are representatives from the biggest “digital leaders” in technology today: Google, Facebook, and Twitter. They weren’t invited.

The summit is basically a way for the Trump administration, yet again, to seize on the uncorroborated narrative that big tech and social media companies are engaged in some coordinated conspiracy against them. It lets conservatives fire up supporters, but in terms of accomplishing much, well, it probably won’t.

The full list of attendees isn’t yet confirmed publicly, but a number of those invited have been reported by other media outlets, or have confirmed their attendance on social media. Ali Alexander, a Republican operative who tweeted that Sen. Kamala Harris (D-CA) is not an “American Black” after the first round of Democratic debates, sparking a racist birther-like campaign, is expected to attend. (The president’s son Donald Trump Jr. quote-tweeted and later deleted the message.) According to Media Matters for America, also expected to attend are right-wing figure Bill Mitchell, pro-Trump meme creator Carpe Donktum, and Project Veritas founder James O’Keefe.

Cartoonist Ben Garrison, who in 2017 came under criticism for creating what the Anti-Defamation League slammed as a “blatantly anti-Semitic cartoon,” tweeted that he had been invited to the summit. Amid uproar, he has since been disinvited.

This is a political play, not an actual information session

The social media summit is largely a ploy to gin up anger over social media and accusations that technology companies are biased against conservatives. It’s a play the White House has run time and time again.

Some examples? Trump has rolled out a social media bias reporting tool that is basically a ploy to get people’s information and build out the White House email list. He consistently complains that Twitter is out to get him because his follower count keeps dropping, even though it’s part of a larger push toward health on the platform, and many prominent users are seeing their follower counts fall as a result. When social media companies have taken action against bad actors, including conspiracy theorist Alex Jones and far-right provocateur Milo Yiannopoulos, Trump has complained that companies are out to get them — but not acknowledged that these figures have failed to comply with the platforms’ terms of service. He has also accused Google of trying to rig the 2020 election against him.

And it’s not just Trump who’s leveraging allegations of anti-conservative bias to draw attention to himself and make tech companies nervous. Last year, Republican members of Congress hauled conservative Trump supporters Diamond and Silk up to Capitol Hill for a hearing on social media filtering that was described as “bizarre,” “ridiculous,” and a “surreal spectacle.” Sen. Ted Cruz (R-TX) next week will hold a hearing on Google’s supposed anti-conservative bias. And Sen. Josh Hawley (R-MO) last month rolled out a tech regulation bill that Recode’s Peter Kafka described as a “joke,” but that Vox’s Jane Coaston points out is part of a real desire that social conservatives have to regulate the internet and other aspects of society in their image.

This isn’t to say that Big Tech doesn’t have big problems: We’re at a moment of reckoning with what giants such as Facebook, Google, and Twitter mean for society, how they’ve shaped politics and culture, and whether they should be better regulated. And there is good reason for tech companies to be nervous about what’s happening in Washington, and for regulators and lawmakers to be scrutinizing them. Social media algorithms are biased, but not toward or against any political bent. They are biased toward outrage and content that will suck people in and rile them up.

But none of that is what’s happening at this social media summit at the White House on Thursday. Instead, it’s another forum for Trump and other conservatives to air exaggerated grievances without solving any of the very real problems at hand.