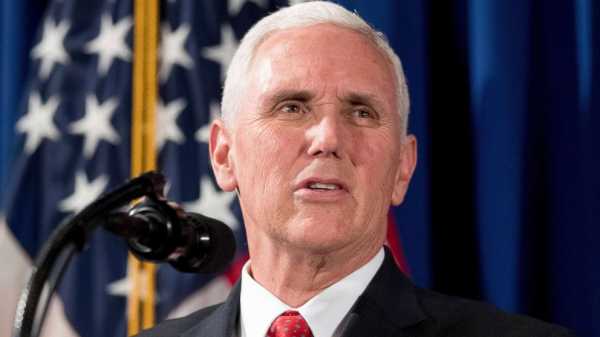 Asked whether he would take advantage of a meeting if the opportunity presents itself, Pence reiterated that the door is open.

“President Trump has said he always believes in talking, but I haven’t requested any meetings. But we’ll see what happens,” he said. 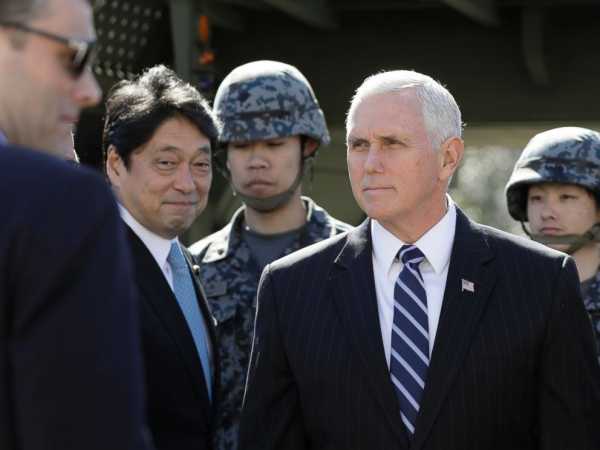 Pence met with Japanese Prime Minister Shinzo Abe early Wednesday and said the U.S. would soon be unveiling “the toughest and most aggressive round of economic sanctions on North Korea ever” in a joint statement. Pence also said the “era of strategic patience is over.”

The administration dispatched the vice president to lead the American delegation to the Olympics in part to counter the North Korean regime, which has sought to use the spotlight of the games to normalize its position on the global stage and soften its image.

“My message — whatever the setting, whoever is present — will be the same: And that is that North Korea must once and for all abandon its nuclear weapons program and ballistic missile ambitions,” Pence said. “It must accede to the wishes not only of nations across the region and the United States, but nations across the world, to really abandon those ambitions and enter the family of nations.”

The father of Otto Warmbier, the American college student who was imprisoned in North Korea for 17 months, will attend the Olympic ceremonies in PyeongChang as a special guest of Pence, administration officials confirmed. Otto Warmbier died soon after being released and returned to the U.S. 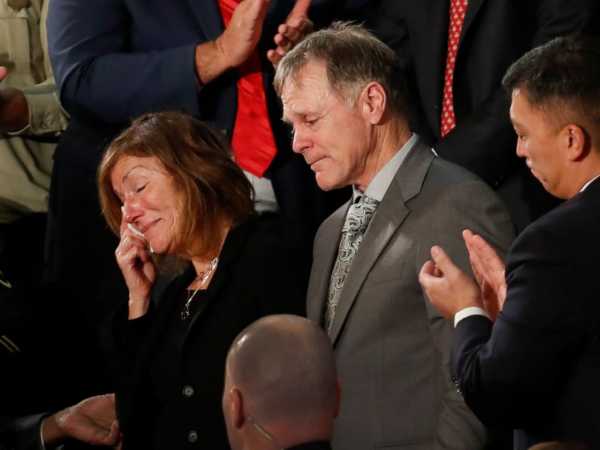 Pablo Martinez Monsivais/APThe parents of Otto Warmbier react to a standing ovation during State of the Union address to a joint session of Congress on Capitol Hill in Washington, D.C., Jan. 30, 2018.

Pence’s comments on a possible meeting echoed those made by Secretary of State Rex Tillerson who has also suggested a willingness to engage with North Korea around the Olympics.

“We’ll see what happens,” Tillerson said Monday while traveling in Peru when asked if the administration would accept an invitation from North Korean officials to meet in South Korea.

The nearly identical comments by Pence and Tillerson expressing openness to a meeting with the North Koreans appeared deliberate and coordinated.

Administration officials said the vice president and secretary of state had spoken several times over the past few days about the Korean issue.

“A message was being sent,” one official said of the talking point. “All it does is indicate that anything is possible.” 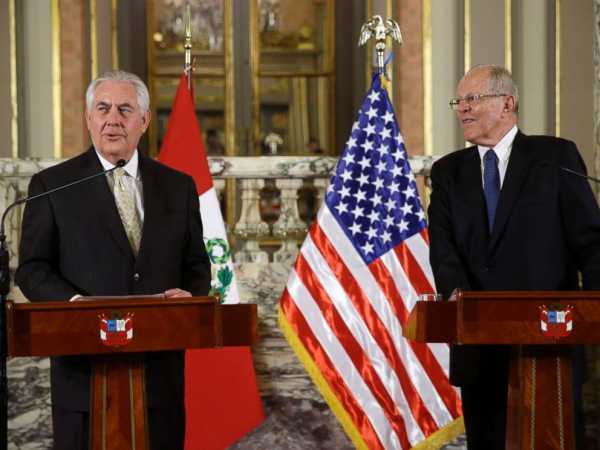 The Associated PressSecretary of State Rex Tillerson and the president of Peru, Pedro Pablo Kuczynski, meet on Feb. 6, 2018.

While the White House denies a shift in policy, it has offered mixed messages on North Korea.

Last summer, the president warned the rogue regime would be met by “fire and fury” if its threats continue; he later mocked leader Jim Jong Un as “little rocket man” at the U.N.; and Trump later stoked tensions by taunting Kim over the size of his “nuclear button.”
Trump has repeatedly said that talking to North Korea is “not the answer” and a “waste of time.”

More recently, Trump has softened his approach, telling South Korean President Moon Jae-in on a recent phone call of “his openness to holding talks between the U.S. and North Korea at the appropriate time, under the right circumstances,” according to the White House.

Late last year, at the height of recent tensions between the U.S. and Kim Jong Un regime, Tillerson publicly confirmed that the administration had maintained direct communication with North Korea through secret, low-level channels. “We have lines of communication to Pyongyang. We’re not in a dark situation, a blackout,” he said at the time. “We can talk to them. We do talk to them.”

And while the president has insisted any engagement be predicated on North Korea’s complete renunciation of its nuclear ambitions, Tillerson in December offered to begin direct talks “without precondition.”

“Let’s just meet and let’s — we can talk about the weather if you want,” Tillerson said.

The next day, White House Press Secretary Sarah Sanders released a statement to reporters saying Trump’s position on North Korea had not changed. A day after that, Tillerson himself walked his comments back in a speech at the U.N. Security Council, saying “North Korea must earn its way back to the table.”