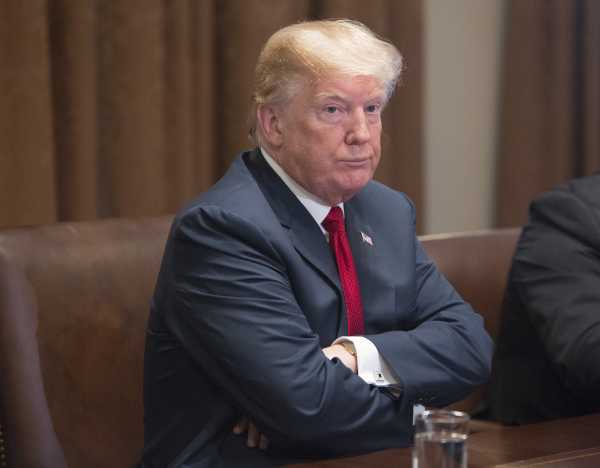 If you want to understand how little President Donald Trump has done so far on the opioid epidemic, just read this paragraph from his 2019 budget plan:

At first read, this might sound impressive. Trump not only created a commission to address the crisis head-on, but reportedly added $1 billion in funding to combat the epidemic.

But this paragraph is extremely misleading. Trump’s commission? The administration has only implemented less than a handful of its dozens of proposals. The extra $1 billion? That money actually comes from the 21st Century Cures Act — signed into law not by Trump but by President Barack Obama in 2016.

This is the best that the Trump administration can come up with in its big budget plan: a commission that it mostly ignored and money that the previous administration approved.

With the 2019 budget plan, that’s finally starting to change as the administration tries to do more on the opioid crisis. It takes some big steps forward — by potentially providing more funding and access for opioid addiction treatment. But it also takes some big steps back — by slashing other funding sources that help people access treatment for opioid addiction, particularly through the budget’s attempts to repeal the Affordable Care Act (“Obamacare”) and cut Medicaid.

“On balance, this is a net cut in health services for people with opioid problems,” Keith Humphreys, a Stanford drug policy expert who served in the Obama administration, told me.

The budget plan still needs to be approved by Congress, and it’s very unlikely to get that approval. But it still provides some insight into the Trump administration’s priorities — and for the fight against the opioid crisis, that proves to be both good and bad.

What Trump’s budget does for the opioid crisis

The details, however, are lacking beyond that. For example, the additional $7 billion — beyond what Congress already promised in its budget deal — is vaguely described as meant to “support additional work to address the opioid crisis and serious mental illness, including establishing a new grant program for Certified Community Behavioral Health Clinics that provide services to individuals suffering from serious mentally illness.”

The lack of clarity is a problem. Will this funding expand access to treatment? Improve access to the opioid overdose antidote naloxone? Pay for ineffective law enforcement efforts? Go to something that isn’t even related to addiction? Something else entirely? All of the above? We just don’t know yet.

Either way, the budget suggests that some new funding will go to public health programs — and addiction treatment — to combat the opioid crisis. That could help address a big gap in the current epidemic: According to a 2016 report by the surgeon general, only 10 percent of Americans with a drug use disorder get specialty treatment.

But this also comes with a huge caveat: The proposal also asks to repeal and replace Obamacare and cut Medicaid through a bill similar to one pushed by Senate Republicans last year. This would result in millions of Americans losing health insurance, at least some of whom rely on that health insurance to get addiction treatment.

Humphreys of Stanford argued that the repeal of Obamacare could mean, even after accounting for the $13 billion in additional funding in the budget, that the proposal “would cut rather than increase funding for opioid use disorder treatment if enacted.”

Here are the other big items in the budget related to the opioid crisis:

There are also continuing and smaller efforts to address the drug overdose crisis, including existing grants and research.

This seems to be more bad than good

There’s no empirical cost-benefit analysis on this budget’s impact on the opioid crisis, but the early response from some experts is that it likely does more harm than good.

The increases proposed in the budget, particularly the additional $13 billion over two years, are promising. But it’s not clear how the money will be invested once it goes out to the states — a big concern in an addiction field that for the most part doesn’t use the best treatment for opioid addiction, and a policy area in which the primary response is often ineffective criminal justice efforts instead of evidence-based public health approaches.

“The number looks good,” Regina LaBelle, who served in Obama’s ONDCP, told me. “But [the government] is going to have a big job now to figure out how to spend it in the right way.”

The $13 billion over two years also falls short of the tens of billions of dollars that some experts argue is necessary over the next several years solely to expand drug addiction treatment, although it’s certainly much better than many previous proposals. (The Obama administration’s largest one-time funding boost for the opioid crisis, for example, was the $1 billion over two years in the Cures Act.)

Perhaps the biggest question of all, however, is the role of Obamacare and Medicaid cuts. According to a previous analysis from Richard Frank of Harvard and Sherry Glied of New York University, coverage requirements in Obamacare helped 2.8 million people with drug use disorders. Efforts to repeal Obamacare — and its coverage requirements for addiction care — could, then, leave millions of people with drug use disorders without the means to pay for treatment.

Medicaid is particularly important in this area. A 2014 study by Truven Health Analytics researchers found that Medicaid paid for about 25 percent — $7.9 billion of $31.3 billion — of projected public and private spending for addiction treatment in 2014. That made it the second-biggest payer of addiction treatment after all local and state government programs.

Yet not only would Trump’s budget plan end the Obamacare-funded Medicaid expansion, it would also make additional cuts to Medicaid.

This could worsen a problem that some experts see in the response to today’s drug overdose crisis. “What we need to be doing is not just thinking about today’s opioid epidemic, which is critically important, but how we build a sustainable system to address substance use disorders writ large,” LaBelle said. “I’m afraid that if we don’t build some sort of sustainable system for states, we will not have addressed this issue in the long term.”

It’s possible to imagine, for example, a world in which $13 billion funds a bunch of new addiction treatment clinics. But after fiscal year 2019, maybe the opioid crisis has waned or even ended, so Congress decides not to extend that funding.

That might not be a huge deal in a world where people have health insurance through Obamacare or Medicaid that will pay for addiction treatment because those people — and their insurance — will provide a steady source of revenue for those clinics to remain open. In this scenario, the $13 billion offered is enough to start a clinic, while Obamacare and Medicaid provide more sustained funding over time.

But if Obamacare and Medicaid are cut, then suddenly it’s less likely that someone will have the insurance to pay for addiction treatment — and those clinics could be flatly out of revenue after the budget’s new funds expire.

This isn’t strictly theoretical. Vermont, for example, built a “hub and spoke” system that treats addiction as a public health issue and integrates treatment into the rest of health care. Perhaps as a result, the state was the only one in New England to have an overdose death rate that wasn’t significantly above the national average in 2016. (For more, check out my in-depth breakdown of Vermont’s system.)

But Vermont has managed to maintain this new system in large part with federal dollars, particularly through Obamacare’s insurance expansion and a special Medicaid waiver that states can obtain through the health care law. It’s that kind of federal support that budget-strained states need to sustain a full response to the opioid crisis — and it’s the kind of longer-term support that Trump’s budget, if enacted, would rip away by repealing Obamacare and cutting Medicaid.

That would make it much more difficult for states like Vermont to keep their addiction treatment systems. The end result: States would end up more vulnerable not just to the current overdose crisis but the next one as well.