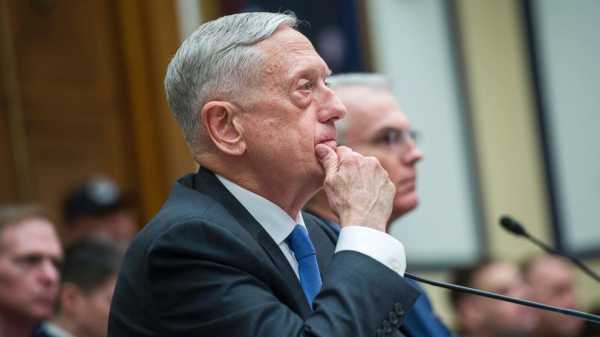 “We’ll know more when the fighting picks up in the traditional fighting season,” said Randall G. Schriver, Assistant Secretary for Asian and Pacific Affairs at the Department of Defense, referring to the weeks during April when Taliban fighters who lie low during the winter months come out to fight. 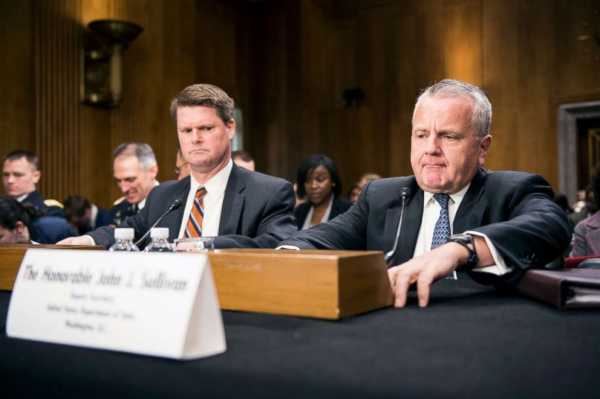 “We’re in Afghanistan … to protect Americans,” Schriver assured the committee. “We seek to drive the Taliban to the understanding that they will not achieve their objectives on the battlefield or through violence.”

U.S., NATO and Afghan forces have been hitting various targets through the winter, including dropping a record 24 precision-guided bombs from B-52 bombers in Badakhshan province over just four days, the officials said.

But senators from both parties were deeply skeptical.

“After 16 years, thousands of lives, and probably a trillion dollars spent, the Afghans don’t seem to be ready to defend themselves,” said Senator Rand Paul, R-Kentucky, a longtime critic of the war. “People say if we left the Taliban would take over tomorrow. When is enough, enough?”

“What is the end state that U.S. and NATO troops are fighting for?” asked Senator Ben Cardin, the committee’s ranking Democrat. “We’ve been there for 16 years. Should the American people simply accept that this is an endless war?”

“They’re gaining ground, they’re creating chaos, they’re getting through a perimeter and blowing up an international hotel,” said Senator Jeff Merkley, D-Ore., referring to the brutal January assault on the Intercontinental Hotel in Kabul that left 21 dead. 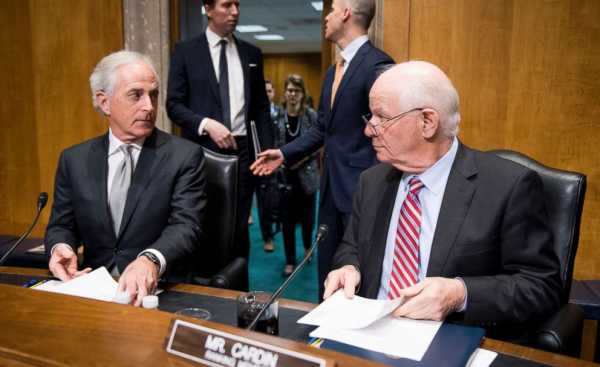 “I don’t think there is a rosy situation in Kabul,” admitted Deputy Secretary of State John J. Sullivan. “The attacks last month were a real shock. There is no doubt that there is a serious challenge we face in Afghanistan. One option is simply to withdraw, we decided we could not do that.”

In August, when he announced his new Afghanistan policy, President Trump acknowledged that “my original instinct was to pull out, and historically I like following my instincts. But all my life, I’ve heard that decisions are much different when you sit behind the desk in the Oval Office.”

At a hearing Tuesday before the House Armed Services Committee, Defense Secretary Jim Mattis said the goal of the strategy is to make sure that “another 9/11 hatched out of there does not happen during our watch.”

“President Trump challenged every assumption, it took months to put together to answer every question he had,” said Mattis. “And the gravity of protecting the American people caused him to change his mind based on what the intelligence services told him would be the vulnerability we would have if we pulled out of there.”

Trump’s policy has three main components: step up the military pressure on the Taliban and ISIS by increasing U.S. troop levels to an estimated 14,000 this year and equipping and training Afghan government forces; pressuring neighboring Pakistan to deny insurgent groups safe haven by suspending military aid; and pressure the Taliban into peace talks with the Afghan government to reach a political solution.

But Trump complicated his own strategy right after that January hotel attack when he appeared to rule out talks with the Taliban, declaring that “there’s no talking to the Taliban. We don’t want to talk to the Taliban. We’re going to finish what we have to finish.”

Deputy Secretary of State Sullivan told senators the president was referring to the most violent Taliban factions, like those who attacked the hotel. “I don’t think there is a place for those elements of the Taliban who plotted those terrorist accounts last month,” he said.

Senate Foreign Relations chairman Bob Corker, R-Tenn., who supports the Trump policy, said it’s important to demonstrate U.S. commitment to the Afghan government, and while it may take a long time to get the Taliban to talk peace, “It is incumbent upon us to be ready when that moment occurs.”

The clearest support for the Trump policy came from Indiana Republican Senator Todd Young. In August, the U.S. Army announced a $2.2 billion contract for new Humvees for use by foreign countries, including Afghanistan. Those Humvees are being made in Indiana.

“Count me as an ally,” Young told the officials.