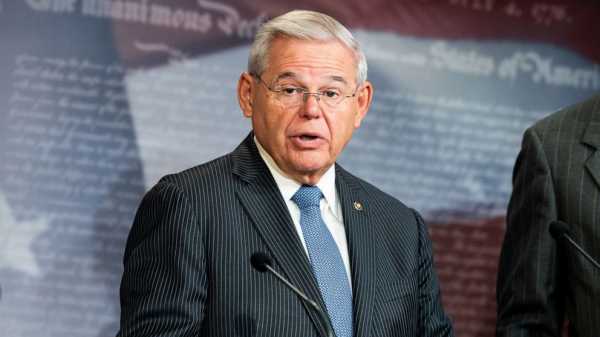 The Trump administration betrayed its allies when it announced its withdrawal of U.S. troops from Syria, Senate Foreign Relations Committee Ranking Member Sen. Bob Menendez said on ABC’s “This Week.”

Add Syria as an interest to stay up to date on the latest Syria news, video, and analysis from ABC News.

“I think (Secretary of State Mike Pompeo) lives in a parallel, alternate universe,” the New Jersey Democrat said, following a separate interview with Pompeo on “This Week” Sunday. “What the president did was a betrayal of the Kurds, who fought and died along side us on the pursuit of ending the threat of ISIS.” 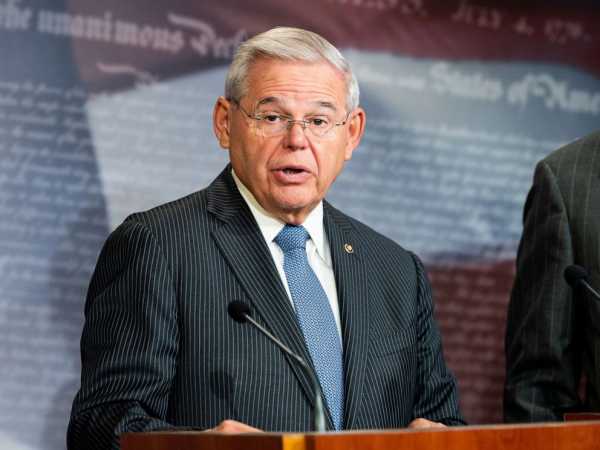 U.S. Senator Bob Menendez speaks during a press conference to advocate for the Save Our Seas 2.0 Act at the US Capitol in Washington, DC.

Menendez has strongly criticized Trump’s Oct. 7 announcement withdrawing U.S. troops from northern Syria, saying in a news release that the decision “set off a cascade of destabilizing and chaotic events.”

Along with the Senate Foreign Relations Committee Chairman Sen. Jim Risch, R-Idaho, Menendez has introduced bipartisan legislation calling for sanctions against Turkey after the country launched a military operation against Kurdish militias soon after the U.S. troop withdrawal.

“I think there’s going to be a real threat to the Kurds of ethnic cleansing,” Menendez told ABC’s Chief Anchor George Stephanopoulos on Sunday. “If we send a global message, George, that, in fact, we will abandon those who have fought alongside with us, then others in the world, when we are asking them to fight with us or for us, will say, why should I do that, when you’re — when you’re finished using me, you’re going to let me die on the battlefield?”

The senator argued the administration’s actions in Syria risked giving increased influence to Russia in the Middle East.

“It’s a betrayal of our foreign policy to the Russians, who are the big winners of this,” Menendez said.

The senator’s comments come after Russia mediated an agreement between the Kurds and the Bashar al-Assad-led Syrian regime on Oct. 14.

“All roads lead to Russia with the president,” he said. “Every time that there is an issue or a conflict it seems Russia ends up winning.”

Menendez then pivoted to Wednesday’s raucous meeting at the White House on Syria.

He criticized what he sees as the administration’s retreat from global diplomacy saying, “I was at that White House meeting, and have to tell you, when the president of the United States says we shouldn’t worry about something that’s 7,000 miles away and those terrorists there. Well, on Sept. 11, they traveled those 7,000 miles and ultimately did the worst attack in our nation’s history.”

Congressional Democrats walked out of the White House meeting after participants say Trump began insulting House Speaker Nancy Pelosi, calling her a “third-rate politician” and suggesting she should like ISIS because the terrorist organization contains some ex-communists.

The meeting between Trump and Pelosi was the first since House Democrats began an impeachment inquiry into the president. Menendez told Stephanopoulos that he would not comment on the investigation. However, he said Trump’s actions were “extraordinary and extraordinarily wrong.”

“The president extorted or was seeking to extort President (Volodymyr) Zelenskiy of Ukraine,” he added.

Responding to Pompeo’s separate interview on “This Week,” the New Jersey senator said he laughed when he heard the secretary say he would cooperate if called upon by Congress to testify.

“The secretary and the state department have done everything humanly possible to impede, to obstruct and not to provide information,” Menendez said.