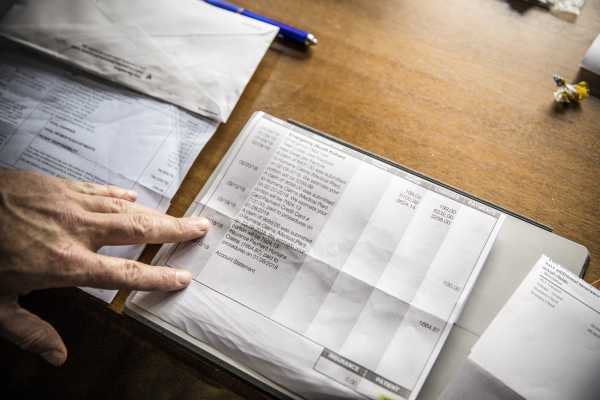 On Wednesday, I published the latest story in my year-long series on emergency room billing. You can read it here — or if you’re looking for a shorter version, Atlantic writer Annie Lowrey did an excellent job summarizing it on Twitter.

As most of you probably know by now, I’ve spent the past year collecting emergency room bills from Vox readers. We now have about 1,300 bills from all 50 states and Washington, DC.

One issue I saw cropping up is out-of-network billing from physicians who work at in-network emergency rooms.

The case I decided to write about involved an oral surgeon working at a large hospital in downtown Austin, Texas. The surgeon does not participate in any health insurance plans. And that’s how Scott Kohan, the patient who sent me his bill, ended up with a $7,924 bill for emergency jaw surgery that his health insurance denied.

These surprise bills happen when health care providers and insurers can’t agree on an acceptable price for medical care. This can often leave the patient holding the bag, with the provider left out of network and free to charge the patient whatever rates he or she thinks are reasonable.

There are lots of policy challenges in American hospital that seem really intractable and difficult to solve. But luckily, this is not one of them. Think tanks have been suggesting new ideas that would help patients avoid these surprise bills — and state legislatures have been adopting them. So today, I wanted to look at some of the ways to solve this problem and ensure that patients end up with fewer surprise bills like this Kohan’s.

A recent report from the Commonwealth Fund estimates that 21 states now have laws providing some level of consumer protection against surprise medical bills — and that six of those laws offer what the researchers describe as “comprehensive” safeguards. 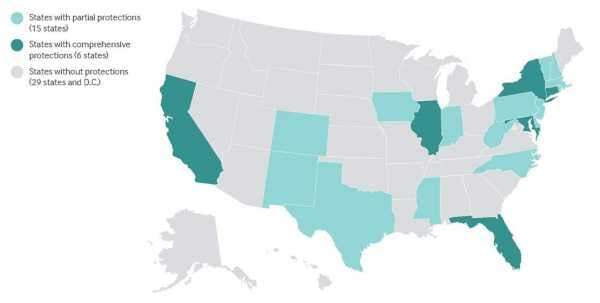 One law that has gotten lots of positive attention is New York’s balance billing policy, which went into effect in early 2015. The law essentially sets up an independent dispute resolution process for hospitals and insurers who disagree on how much ought to be paid for a given medical service.

As health economist Chris Garmon described it to me, New York’s law relies on “baseball-style” arbitration, where both the hospital and the insurance plan provide a price they think is fair. They get one shot at offering their estimate, and then an independent third party picks a price based on that data.

This would “force insurers and hospitals to come to the table and take the patient out of the middle,” Garmon, who has studied surprise medical billing, says.

The New York law is also one of a small handful that bar out-of-network providers from billing insured patients beyond allowed cost sharing (think the regular copayment for the service). In other words, this requires the doctor to take things up with the insurance plan rather than the patient.

Most other state laws, however, are not quite as comprehensive. Take Texas, where Scott lives. It does have a law that aims to protect consumers against surprise bills, but it requires patients to be aware of that law — and start the dispute resolution process by notifying the state.

Scott didn’t know about this law when he got his bill; I didn’t know about it until I started reporting this story. Stacey Pogue, a health policy expert with the Center for Public Policy Priorities in Austin, thinks this is common.

Only 3,824 Texas patients have used the law to resolve their surprise bills since it came into effect in 2009. Pogue thinks this is a tiny fraction of the 250,000 surprise medical bills sent out in the same time frame.

“Our system is placing the burden on consumers,” she says.

States can do some things to tackle surprise bills, but most experts I’ve talked to think ultimately, Congress needs to act. That’s because state laws only regulate health insurance plans that domicile within their borders, and there are plenty of bigger insurance plans with members across the country that these laws in Texas and New York can’t touch.

”One comprehensive federal remedy could be extended from the Affordable Care Act’s existing patient protections for emergency treatment,” Loren Adler and his colleagues at the Brookings Institution write in a white paper on how to prevent surprise medical bills. “Or, federal legislation could give the states flexibility to tailor alternative measures that are at least as protective as those provided by a federal default solution.”