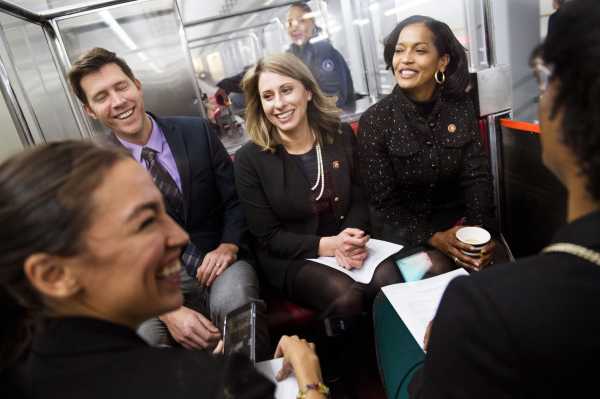 National attention has focused on a handful of young, left-wing first-time members of Congress elected to safe seats. But realistically, the future of the House lies with a larger group of Democrats who eked out narrow wins in newly purple districts.

“Most of the freshmen come from swing districts,” said Rep. Tom Malinowski (D-NJ), who beat four-term incumbent Republican Leonard Lance by 5 points in 2018. “We come from places where voters want us to focus on getting things done that can actually be achieved.”

Whatever you call it, these members are less interested in a 70 percent top tax rate or a Green New Deal than they are in passing targeted fixes to protect the Affordable Care Act and lower the cost of health care, promoting renewable energy, and maybe looking for an infrastructure deal to fix crumbling roads and boost rural broadband to speed up slow internet in their districts. They’re happy to discuss the more ambitious policy ideas animating the left, like Medicare-for-all, but they still have serious reservations. 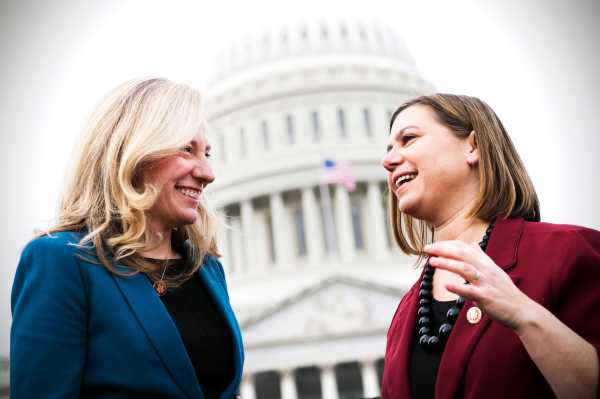 A dozen interviews in the first weeks of the new Congress reveal that one of the biggest limiting factors for any future progressive legislative agenda will be what these Democrats from the swing districts are willing to talk about.

“There’s a number of us who are really, really passionate about the reasons why we’re here. But through a real pragmatic lens,” Spanberger told Vox in a recent interview. “Voters trusted us, went outside their normal voting patterns, so we have a tremendous obligation.”

Ben McAdams, the former Salt Lake County mayor who was elected by one of the most conservative Democratic-held districts in a squeaker, is a Medicare-for-all skeptic. People should have a little skin in the game, he said. If health care is free, then people might use more health care, which drives up costs. He wants moderate voices to have a place in the debate, saying: “Congress should be a free market of ideas.”

Rep. Katie Porter (D-CA), who narrowly defeated Mimi Walters, is an exception in this red-to-blue cohort, an ardent Medicare-for-all supporter and Sen. Elizabeth Warren (D-MA) disciple. Rep. Dean Phillips (D-MN), on the other hand, doesn’t think Medicare-for-all should be the starting point of the health care debate.

“I don’t think there are many Republicans that wouldn’t agree with the outcome of access to high-quality care at affordable prices,” Phillips said. Phillips said his first priority is to shore up the ACA, but he is open to new ideas for expanding health care, like a Medicare buy-in.

“I’m trying to find a way to build bridges to conservative thinking, which demands competition and freedom to choose,” he said. “So have a public option! Give people the freedom to choose.”

Many first-term Democrats are loyal to the health care law we already have, like Lauren Underwood, a former Health and Human Services official under Obama, who trounced Illinois Republican Randy Hultgren by running on saving the Affordable Care Act.

“I came here on a mission to help fix our health care system,” Underwood said. She’s urging a funding injection to increase competition in the ACA’s markets and, as a former nurse, she wants to focus on building out America’s health care workforce. 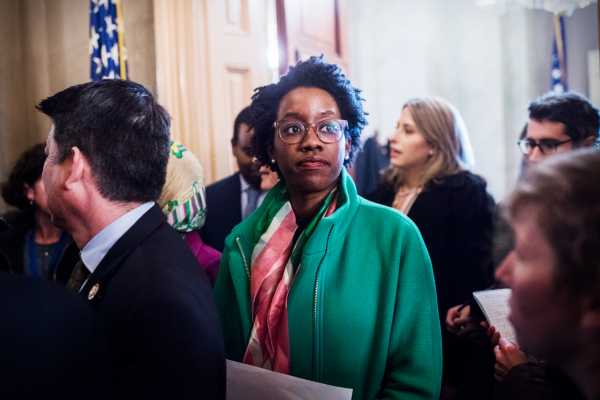 What about a Green New Deal? a reporter asked her. Underwood shrugged.

“I don’t know that much about it,” she said. “I’ve just seen hashtags.”

The moderate freshmen are trying to bring back “Infrastructure Week”

While “infrastructure week” has become a joke in Washington, many first-term Democrats are achingly serious about it.

“We have a tunnel we need to dig,” said Malinowski, referring to Trump blocking the funding for the Gateway Tunnel between New York and New Jersey. “Before we build any walls, we want to focus on some bridges and tunnels in New Jersey.”

From bumper-to-bumper traffic on New Jersey roads to aging water infrastructure leaching chemicals into the water in Michigan to need for rural broadband in districts around the country, there are real projects Democrats want to see funded.

“Our aging infrastructure is starting to affect the health of our children, our families, and the ability to grow our economy,” Rep. Mikie Sherrill (D-NJ), a rising Democratic star in a suburban district that had been held by Republicans since the mid-1980s, told Vox.

Hill is hoping to get funding for environmental clean-ups in the San Diego area. Her district is bordered by the Santa Susana Field Laboratory, the site of nuclear and rocket testing for decades before it ended last decade. The area has dealt with serious contamination, which has seeped into the surrounding lands represented by Hill. Cancer rates are high there. It’s a big mess and she hopes to find more funding to ramp up and finish the clean-up efforts.

Rep. Joe Cunningham, the Democrat who pulled off a surprise win of former Rep. Mark Sanford’s seat in Charleston, South Carolina, has already introduced his first bill to institute a 10-year ban offshore drilling on the Atlantic and Gulf coasts.

“Our district is the area from Charleston all the way down to Hilton Head, and so our beaches, our estuaries and marshes, they’re our pride and joy,” Cunningham told Vox. “We’re going to fight this thing tooth and nail from every angle and make sure there’s never a drop of oil on our beaches.”

Cleaning up corruption is one unifying theme for the freshman class

One unifying front among Democratic first-term House members, from the centrists in swing districts to Alexandria Ocasio-Cortez, is cleaning up Washington. Many of them campaigned on that promise. House Democratic leadership is pushing a sweeping anti-corruption and voting rights plan, and first-term Democrats across the political spectrum want to see it passed.

Coming from districts more evenly divided between Democrats and Republicans, though, these first-term members tend to be less preoccupied with Trump himself and instead emphasize the need to fix the systematic problems they see in politics today.

“First and foremost is anti-corruption through and through,” Rep. Max Rose (D-NY), an outspoken new Congress member who represents Staten Island and parts of Brooklyn, told Vox. “We’ve got to change the way this town operates.”

Many new Democratic House members say corruption should the first thing on the agenda. They believe it’s a necessary first step before they address any of the party’s other policy priorities.

“You’ve got all these issues — health care, income inequality, immigration. Real reform cannot happen unless we deal with the underlying issue,” Hill told Vox. “People don’t have a voice and big corporations are buying access.”

They know the Senate won’t take up the bill — they’re new to Congress, not naive — but they want to demonstrate they tried to do something.

“It’s easier as a first-time candidate on the campaign trail to say things in Washington are broken, [but] you can only say that once,” Spanberger said.

These Democrats are elbowing their way into the conversations that matter. Underwood, who sits on the influential House Democratic steering committee that set’s the party’s agenda in the House, blanched at the possibility of her colleagues being relegated to less influential positions.

“Certainly it’s not like these freshmen come in, and it’s like, ‘Okay, here’s your seat at the leadership table,’” Rose said. They might be new to Congress, but they believe they have a lot to bring to the table.

“I’ve described our class as the doers,” said Rep. Haley Stevens (D-MI), who represents a formerly red suburban district outside of Detroit, and is now co-president of the freshman class. “We’re very receptive to hearing about getting things done.”

They didn’t get the most plum seats on signature committees like Ways and Means or Energy and Commerce, but Porter and Ocasio-Cortez ended up on Financial Services, overseeing big banks, and Underwood got Education and Labor, one of the committees with health care under its jurisdiction.

“We have heavyweights who know so many more things than people who have been here 25 years,” Underwood said.

They know they are facing a ticking clock before they will be facing the campaign trail again.

“We’re here right now, this is when we need to get things done,” Spanberger said. “Who knows how many of us will be here in a couple of years? I need to do things now.”