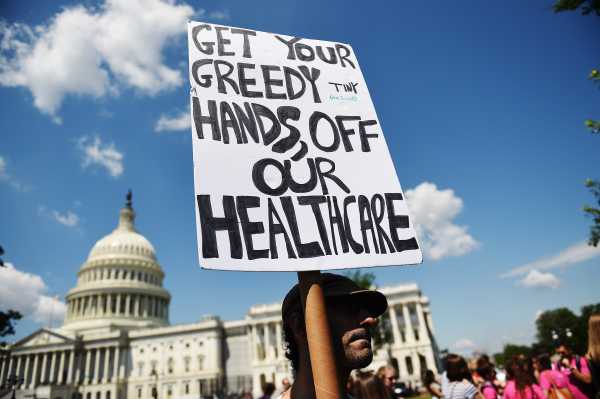 President Trump and Republicans are so committed to killing Obamacare they’ve decided, just months before the midterm elections, to take aim at the most popular part of the law: coverage for preexisting conditions.

The Trump administration signed on to a long-shot lawsuit this week that would overturn the parts of the law that require insurers to cover preexisting conditions and not charge more for them.

The lawsuit, which you can read more about from Vox’s Dylan Scott, is, in some ways, a perplexing move mere months before midterm elections. Polling finds that both Democrats and Republicans think it’s a good idea to ensure that sick people have access to health insurance.

Politically, though, Republicans spent eight years campaigning on a promise to repeal Obamacare. They believe they have a responsibility to do something, even if the something doesn’t poll well.

But after eight years of covering the Affordable Care Act, I think there is a much deeper tension that keeps the fight over Obamacare alive. It is a persistent, unresolved split in how we think about who deserves health insurance in the United States: Is insurance a privilege to be earned through hard work? Or is it a right?

Since World War II, the United States has had a unique health insurance system that tethers access to medical care to employment. Changes to the tax code created strong incentives for companies to provide health coverage as a benefit to workers. Now most Americans get their insurance through their employer, and, culturally, health insurance is thought of as a benefit that comes with a job.

Over time, the government did carve out exceptions for certain categories of people. Older Americans, after all, wouldn’t be expected to work forever, so they got Medicare coverage in 1965. Medicaid launched the same year, extending benefits to those who were low-income and had some other condition that might make it difficult to work, such as blindness, a disability, or parenting responsibilities.

Then the Affordable Care Act came along with a new approach. The law aimed to open up the insurance market to anybody who wanted coverage, regardless of whether he or she had a job.

It created a marketplace where middle-income individuals could shop on their own for private health coverage without the help of a large company. It expanded Medicaid to millions of low-income Americans. Suddenly, a job became a lot less necessary as a prerequisite for gaining health insurance.

This, I think, is the divide over health insurance in America. It’s about whether we see coverage as part of work. In my reporting and others’, I’ve seen significant swaths of the country where people push back against this. They see health as something you ought to work for, a benefit you get because of the contribution you make by getting up and going to a job each day.

This came out pretty clearly in an interview I did in late 2016 with a woman I met on a reporting trip to Kentucky whom I’ll call Susan Allen. (She asked me not to use her real name because she didn’t want people to know that she uses the Affordable Care Act for coverage.)

Allen used to do administrative work in an elementary school but now is a caregiver to her elderly mother. Her husband has mostly worked in manual labor jobs, including the coal industry.

Allen told me a story about when she worked in the school. At Christmas, there would be a drive to collect present for the poorest families, presents she sometimes couldn’t afford for her own kids. It made her upset.

”These kids that get on the list every year, I’d hear them saying, ‘My mom is going to buy me a TV for Christmas,’” Allen says. “And I can’t afford to buy my kid a TV, and he’s in the exact same grade with her.”

Allen saw her health insurance as the same story: She works really hard and ends up with a health insurance plan that has a $6,000 deductible. Then there are people on Medicaid who don’t work and seem to have easier access to the health care system than she does.

”The ones that have full Medicaid, they can go to the emergency room for a headache,” she says. “They’re going to the doctor for pills, and that’s what they’re on.”

Is health insurance a right or a privilege?

More recently, Atul Gawande wrote a piece for the New Yorker exploring whether Americans view health care as a right or a privilege.

He reported the story in his hometown in Appalachian Ohio, where he kept running into this same idea: that health insurance is something that belongs to those who work for it.

One woman he interviewed, a librarian named Monna, told him, “If you’re disabled, if you’re mentally ill, fine, I get it. But I know so many folks on Medicaid that just don’t work. They’re lazy.”

Another man, Joe, put it this way: “I see people on the same road I live on who have never worked a lick in their life. They’re living on disability incomes, and they’re healthier than I am.”

As Gawande noted in his piece, “A right makes no distinction between the deserving and undeserving.” But he often found this to be the key dividing line when he asked people whether everyone should have health coverage. Often, it came down to whether that person was the type who merited such help.

This isn’t a debate that happens in most other industrialized countries. If you asked a Canadian who deserves health care, you’d probably get a baffled look in return. Our northern neighbors decided decades ago that health insurance is something you get just by the merit of living in Canada. It’s not something you earn; it’s something you’re entitled to.

But in the United States, we’ve never resolved this debate. Our employer-sponsored health care system seems to have left us with some really deep divides over the fundamental questions that define any health care systems.

Those are the questions we’ll need to resolve before the debate over Obamacare ever ends.