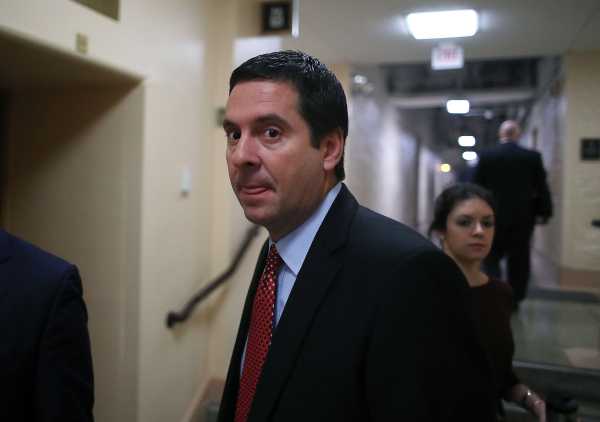 In the past 24 hours, there’s been a ton of news surrounding the Trump-Russia investigation.

On Wednesday, CNN reported that President Trump last month inappropriately asked Deputy Attorney General Rod Rosenstein where the FBI’s investigation into Russia’s ties to Trump’s presidential campaign was heading. Trump also reportedly asked Rosenstein, who oversees special counsel Robert Mueller’s probe, if he was on the president’s “team,” even though the investigation is supposed to be independent of presidential interference.

And the New York Times reported on Wednesday that Mark Corallo, a former spokesperson for Trump’s legal team, had agreed to be interviewed by special counsel Robert Mueller.

Corallo is reportedly planning to tell Mueller about a “previously undisclosed conference call” last summer between Trump and Hope Hicks, the White House communications director, according to the Times.

That call could shed light on whether Trump or his staff intended to obstruct justice when Trump helped draft his son’s false statement about a June 2016 Trump Tower meeting between campaign officials and a Russian lawyer with ties to Putin’s government.

Then on Wednesday night, the drama surrounding the secret “Nunes memo” that could potentially help unravel the Mueller probe took yet another turn. Rep. Adam Schiff (D-CA) said that Rep. Devin Nunes (R-CA) covertly altered the secret memo allegedly detailing inappropriate conduct by the FBI after the House Intelligence Committee voted to send it to the White House on Monday.

In short, there have a been a lot of new developments recently to keep track of. What follows is a quick guide to why they matter.

CNN reports that Rosenstein visited the White House in December to ask Trump for help in pushing back against document demands from Nunes, the Republican chair of the House Intelligence Committee. That committee is conducting its own separate investigation into possible collusion between the Trump campaign and Russia.

But according to CNN’s sources, Trump took the conversation in an unexpected — and inappropriate — direction: He asked Rosenstein where he thought the Russia investigation was headed, and wanted to know if Rosenstein was on his “team.”

As Vox’s Andrew Prokop notes, those questions are troubling:

Trump’s alleged comments show that he hasn’t learned to curb his instinct to demand loyalty from law enforcement officials as the Russia investigation continues. And it raises more questions about how he may have tried to interfere with Mueller’s probe in the past.

A former Trump official could release some vital information

The Mueller probe could end up extracting some very important information from Corallo, the former spokesperson for Trump’s legal team.

Here’s the backstory you need to know: On an Air Force One flight last July, Trump reportedly dictated a statement to Hicks that said Donald Trump Jr.’s June 2016 Trump Tower meeting with the Russians “primarily discussed a program about the adoption of Russian children.”

The statement, released on July 8, was attributed to Don Jr. and later proven to be false. Emails revealed that Don Jr. accepted the meeting after being promised dirt on Hillary Clinton — part of the Russian government’s efforts to bolster Trump in the US election.

Trump’s involvement in drafting the misleading statement isn’t a revelation, but Corallo’s alleged information about a previously undisclosed call is a new development.

Corallo reportedly told colleagues that he informed Trump and Hicks that the false statement would backfire because documents showing the true purpose of the meeting would leak. Hicks reportedly dismissed this, saying the documents wouldn’t get out. Corallo apparently told colleagues at the time he was alarmed by Hicks’s statements, which seemed to indicate that she was either “being naïve or was suggesting that the emails could be withheld from investigators.”

Schiff, the top Democrat on the House Intelligence Committee, has accused Nunes, the chair of the committee, of covertly changing his secret memo before it was sent to the White House.

The four-page document, which was prepared by Nunes and has yet to be released to the public, reportedly says that the FBI committed serious abuses of power during its investigation into the Trump campaign’s ties to Russia. House Republicans and conservative media say it’s proof of FBI bias against Trump; Democrats say it is deeply misleading and cherry-picks classified intelligence to make the president seem right.

House Intelligence Committee Republicans voted on Monday to release the memo to the public. That started a five-day countdown for the White House to either approve or deny its release.

Schiff’s contention is that the memo that the Intelligence Committee voted to release is different from the one that was sent to the White House. He says that Nunes made “material changes” to the memo that were not approved by the committee.

In a letter to Nunes, Schiff says that the House Intelligence Committee needs to vote again on releasing the new version of the memo before the White House can review it and determine if it should be released to the public.

Nunes’s office has rejected Schiff’s claim, saying that while Nunes made changes, they were minor and in accordance with congressional procedure.

“In its increasingly strange attempt to thwart publication of the memo, the Committee Minority is now complaining about minor edits to the memo, including grammatical fixes and two edits requested by the FBI and by the Minority themselves,” Nunes spokesperson Jack Langer said.

The FBI issued a statement on Wednesday saying that the memo shouldn’t be released at all because it had “grave concerns” about its accuracy.

The Nunes memo has the potential to rock the Russia probe. Depending on what it says, Trump could argue that it provides evidence of deep bias against him at the FBI and use it as a pretext to fire top Justice Department officials he perceives as insufficiently loyal, like Rosenstein. This could ultimately end Mueller’s investigation.

Schiff and the FBI’s complaints may not be enough: A Trump administration official told Reuters that the White House is likely to release the memo on Thursday.

Fran Townsend, a former homeland security adviser to George W. Bush, told CBS News on Thursday that based on her sources in the FBI, FBI Director Christopher Wray is “prepared to issue a rebuttal” if Trump releases the Nunes memo.

Jen Kirby contributed to this article.