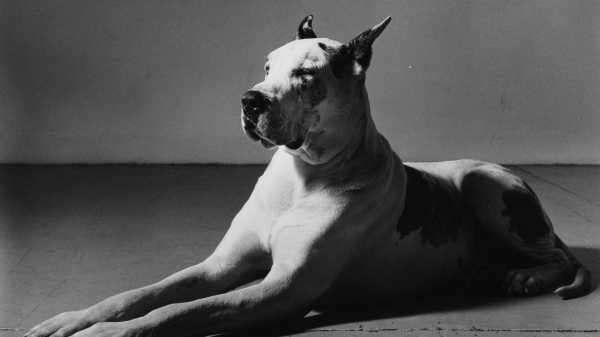 Before the photographer Peter Hujar became a famously irascible, and famously loved, fixture of bohemian New York, he was, for a time, a farm boy. Born to an alcoholic mother in Trenton, New Jersey, he was put in the care of his grandparents, who raised him, in the semi-rural Ewing Township, until he was eleven. It was on his grandparents’ farm that he developed a deep love for animals, who were among his first, and most enduring, photographic subjects.

Hujar’s pictures of animals are a lesser-known element of his richly varied oeuvre, which is just now getting its full due, partly thanks to a travelling retrospective organized by the curator Joel Smith, of the Morgan Library. (Peter Schjeldahl reviewed the show in this week’s magazine.) Stacked up against his deeply felt, often sexually charged portraits of bohemian East Village habitués—exuberant drag queens, brooding writers, rough-edged artists, pose-striking dancers, and anonymous hustlers—his subjects in the animal kingdom seem, even at their most well-groomed, somewhat glamour-deficient. But the best of these pictures have an undeniable power.

“He’s the best photographer of animals I've ever met,” Hujar’s friend Nan Goldin, the legendary photographic chronicler of dissolute downtown life, said during a discussion of Hujar’s work held at San Francisco’s Fraenkel Gallery, in 2014. He photographs “a particular dog,” she added, “not just the species.” Indeed, it is a sense that Hujar understood the individuality of each of his subjects—animal as well as human—that separates him from his closest contemporaries, Diane Arbus and Robert Mapplethorpe, with whom he was compared during his lifetime (much to his irritation). Both of those other photographers shared Hujar’s fascination with figures on the margins of society. But, while Arbus used her subjects as stand-ins for her own devouring sense of alienation, and Mapplethorpe attempted to vault his subjects into platonic realms of the beautiful, Hujar used his camera to connect, elevating his subjects by allowing them to be truly seen.

But what does it mean to be truly seen when you’re, say, a goose waddling its way through a muddy field? Or a rabbit cowering underneath a car tire? Or a scruffy dog lying tentatively on a patch of hard, pebbled earth? When looking at pictures of animals, it is easy to lapse into anthropomorphism, just as it is tempting to reduce them to single human traits (the silly goose, the frightened rabbit, the dogged dog). But Hujar manages to navigate us around these obstacles, and steer us toward the ultimate mystery of animal presence, that of being confronted with a consciousness that, as far as we can ascertain, is fundamentally different in character from our own, but that nevertheless evinces our empathy and our curiosity. “The animal has secrets which, unlike the secrets of caves, mountains, seas, are specifically addressed to man,” the art critic John Berger wrote in his illuminating essay “Why Look at Animals?” These are secrets that their stewards will never fully disgorge. But when I look at my favorite of Hujar’s animal photographs, the tonally lush image of the aforementioned rabbit, with its ears pricked at attention and its dark eyes open wide, I sense his presence behind the camera, trying to catch a glimpse of something beyond his knowing, if only for the fleeting moment of the camera shutter’s click.