As more voters head to the polls this Tuesday for their states' primary elections, former President Donald Trump faces another test of his grip over the Republican Party — and opportune moments to seek revenge against opponents old and new.

In Arizona, the battleground state that President Joe Biden won by the slimmest margin in the country — just over 10,000 votes — a slate of Trump-endorsed hopefuls have echoed the former president's election denialism. Two of these politicians, gubernatorial candidate Kari Lake and secretary of state candidate Mark Finchem, have already suggestedthat they would not concede a loss in their respective races.

If Finchem wins in November, he would have broad powers over the management of the state's elections as its chief election officer. 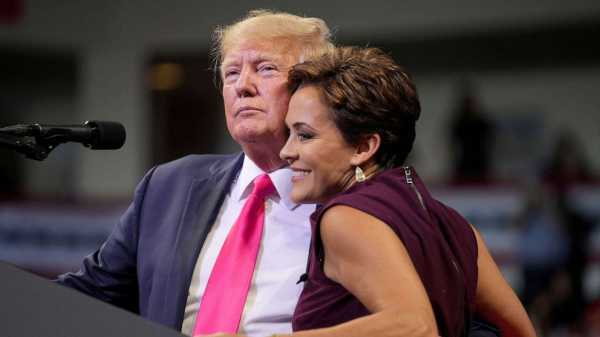 Lake, a former local news anchor turned "ultra-MAGA" Republican, is vying for the chance to succeed term-limited Republican Gov. Doug Ducey. Her campaign has centered around opposition to transgender rights and abortion access — though she has faced calls she is hypocritical as a social conservative, given her past ties to drag queens — and she has prioritized election and border security as her top issues. She has repeatedly stated that she doesn't recognize Biden's presidency as legitimate, claiming that as governor she would not have fulfilled her legal duty to certify his win in 2020. If elected, she vowed, she would eliminate electronic counting machines and move to "one day voting" in the state, where voting by mail is a popular method used by voters.

However, two weeks ahead of the primary, she also encouraged Arizona voters to use mail-in ballots — a departure from Trump's skepticism toward the popular alternative to in-person voting.

Lake's contest in particular is a proxy race of sorts between Trump and two Republican leaders who certified the 2020 election: former Vice President Mike Pence and Gov. Ducey, the latter of whom ignored Trump's phone call while certifying Arizona's vote results.

Breaking from Trump, Pence and Ducey are backing the more moderate candidate Karrin Taylor Robson, a former member of the Arizona Board of Regents, wealthy GOP donor and real estate developer. The wife of a billionaire who donated $15.2 million to her campaign out of pocket, Taylor Robson would not say during a June debate if she would have certified the 2020 election results — careful to skirt around the issue that has polarized Republican voters in Arizona.

Other Trump-backed candidates who espouse his baseless election claims include Blake Masters and Abe Hamadeh, Republican candidates for Senate and attorney general, respectively. Masters, a venture capitalist supported by billionaire Peter Thiel and Fox News' Tucker Carlson, is running to square off against incumbent Democratic Sen. Mark Kelly, who is unopposed in his own primary. A former prosecutor in Maricopa County and Army intelligence officer, Hamadeh entered the attorney general's race on Nov. 1, pitching himself as "an Arizona first conservative," and called border and election security the "top issues" of his campaign. 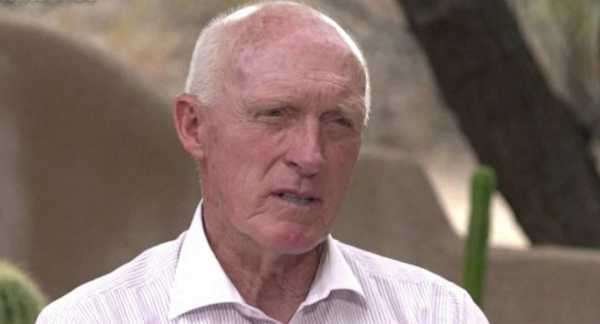 In State Senate District 10, Republican Arizona House Speaker Rusty Bowers, who is term-limited to his current position, will attempt to snag the open seat and fend off David Farnsworth, who was endorsed by Trump one week after Bowers' testimony in front of the House Jan. 6 committee.

In an exclusive interview with ABC News' Jonathan Karl on "This Week" on Sunday, Bowers vowed to never support Trump again.

MORE: Democrats blast the party for spotlighting challenger to Republican who voted to impeach Trump

Meanwhile, in Missouri, once-disgraced former Gov. Eric Greitens vies for a new political life in the GOP Senate primary amid a child custody dispute with his ex-wife (including claims of domestic abuse that he denies) while opponent Eric Schmitt, the Missouri attorney general, has picked up considerable steam.

On Monday, Trump endorsed a vague "ERIC" — and both Greitens and Schmitt have each claimed the endorsement as their own. 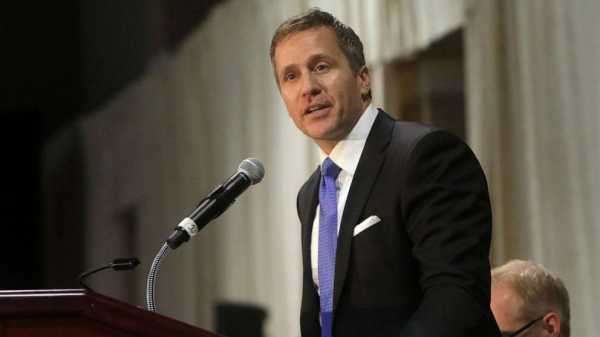 Tuesday also brings contests between Trump-endorsed candidates and three Republican incumbents who voted to impeach the former president after the attack on the Capitol on Jan. 6. Reps. Peter Meijer of Michigan, Jaime Herrera Beutler of Washington and Dan Newhouse of Washington have distanced themselves from the former president, earning the ire of both some congressional colleagues and the conservative base.

They are almost the last of the Trump-defying members of Congress up for re-election — ahead of only Wyoming Rep. Liz Cheney, defending her seat in a closely-watched primary later this month.

Out of the 10 Republican members of Congress who impeached Trump last year, four, including Illinois Rep. Adam Kinzinger, decided not to seek reelection. And one (the five-term incumbent Rep. Tom Rice, of South Carolina) lost to state Rep. Russell Fry.

Only Rep. David Valadao of California successfully fended off his primary challenger. 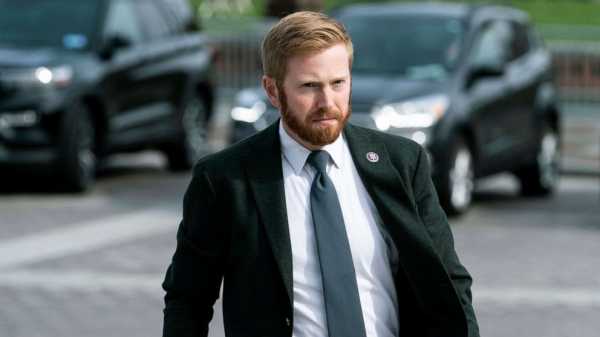 Meijer on Monday published a rebuke of the Democratic Congressional Campaign Committee (DCCC) for spending more than $425,000 to air an ad about his most extreme opponent, John Gibbs, to highlight Gibbs' conservative credentials.

Deeming the spending "political jiu-jitsu," Meijer argued: "Majority Leader Steny Hoyer called my vote 'an impressive display of courage and integrity.' To leading Democrats, we were the Good Republicans."

In an interview with ABC News last week, Meijer was more blunt.

"Everything they're saying in the Jan. 6 committee, everything about how my party is a threat to democracy — and they are investing a half-million dollars to elevate and boost exactly the same thing that they're railing against?" he said.

"It's pretty galling in the hypocrisy of it all. And just shameless given their high-minded rhetoric about how they are the party of democracy. Spare me that bull—," Meijer said.

In Washington's top-two primary race, Beutler is in a face-off with Joe Kent. Should she score the Republican nomination, she is almost guaranteed to win reelection in a district that swung Trump by four points in 2020. Newhouse holds the financial advantage in his own race for the 4th Congressional District, having raised over $1.5 million for his campaign. His main opponents include Trump-endorsed Loren Culp and Democratic restaurant owner Doug White.

Meanwhile, in Michigan, the most high-profile gubernatorial race in the nation begins to play out in Tuesday's primary — between the unopposed Democratic incumbent Gretchen Whitmer and a slew of Republican challengers looking to win their party's nomination to challenge her.

This year, Whitmer has raised more from individual donors than all five of her GOP candidates combined. None of Whitmer's Republican opponents have held elected office.

At the onset of the COVID-19 pandemic, Whitmer garnered national attention for implementing some of the toughest masking and social distancing requirements in the nation, which included extended stay-at-home orders and declaring her own state of emergency. 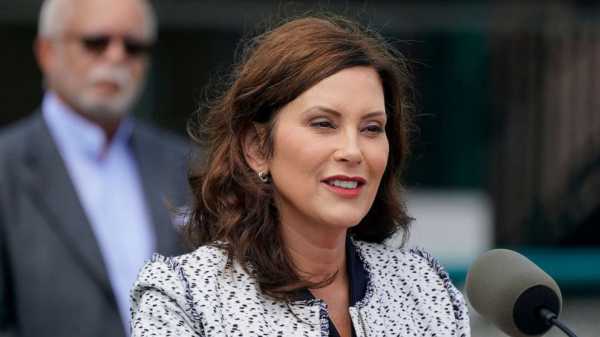 One fierce opponent of Whitmer's early COVID restrictions is Ryan Kelley, 40, a real estate broker who first gained a following in 2020 when he helped organize protests against Whitmer at the Michigan Capitol. Widely considered to be the front-runner in the hotly contested GOP race, Kelley has cited so-called election integrity (eliminating ballot drop boxes, canceling contracts with various voting machine companies and the like) as one of his key issues.

Kelley was charged in June with trespassing and other misdemeanors connected to the Capitol riot on Jan. 6 and now appears to be using the notoriety. He is the first person running in a high-profile election to be charged in the insurrection. He has pleaded not guilty.

Kelley, however, is not the former president's pick. Last Friday, conservative commentator Tudor Dixon won Trump's favor and he praised her vision to "fight for Election Integrity, turn around the Economy, and protect the future of Michigan for every child."

Dixon is also an opponent of abortion access, arguing that the only exception should be when the procedure is needed to save the life of the mother.

When asked on a recent podcast, "No BS Newshour," whether she would tell a 14-year-old who was hypothetically sexually abused by an uncle to carry the pregnancy to term, Dixon doubled-down on her stance, declaring: "A life is a life for me." Dixon's view on abortions is in direct contrast to Whitmer, who is considered a prominent Democratic voice for abortion rights.

1st time abortion is on the ballot since Roe

The first major abortion ballot initiative after the overturning of Roe v. Wade will play out in Kansas on Tuesday. Voters will have to accept or reject a proposal to amend the state constitution to eliminate the right to access abortion, which remained in place after the Supreme Court reversed Roe in June and said the issue should be left to individual states.

If the amendment passes, abortion would not be immediately banned in Kansas but it would pave the way for the Republican-controlled legislature to pass stricter abortion laws. 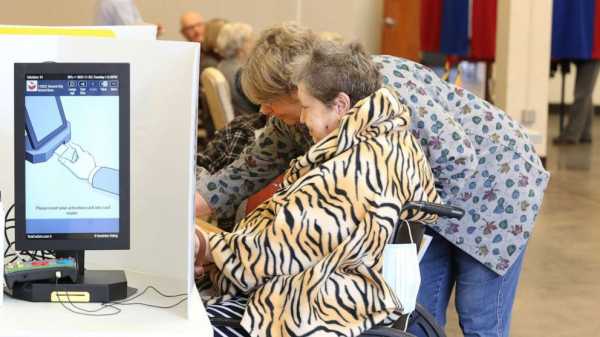 In the Midwest, moderate Missouri state Sen. Steve Roberts leads a push to unseat progressive incumbent Rep. Cori Bush in the 1st Congressional District — a fight that may preview intraparty feuds to come. Roberts is backed by former Rep. Lacy Clay, who held the seat before Bush defeated him in 2020.

In Michigan's 11th Congressional District, Democratic Reps. Haley Stevens and Andy Levin, both seeking a third term, will compete against each other. Stevens is viewed as the more moderate candidate in the race, while Levin has leaned on his support from the Congressional Progressive Caucus.