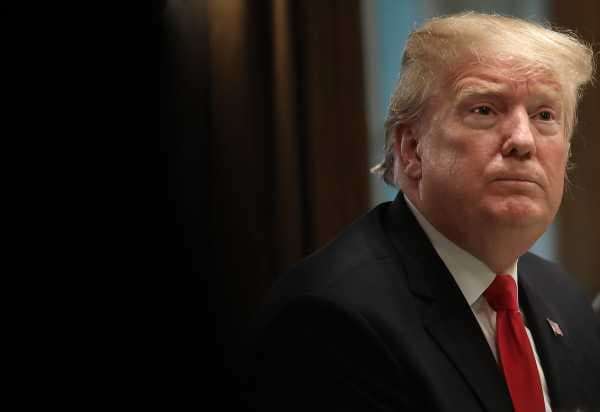 Two votes on bills to end the partial government shutdown have now failed in the Senate, and nobody — neither Democrats nor Republicans — knows what’s supposed to come next.

For the first time in weeks, the growing sense of frustration among lawmakers has created a sense of urgency in Congress to end the shutdown. But it hasn’t created a path forward.

“There are a lot of different ways to skin the cat,” Sen. John Cornyn (R-TX) told reporters. The only problem was he couldn’t name one. “Nothing is solid,” he said.

Vice President Mike Pence paid Senate Republicans a visit Thursday and told them the president is considering multiple options. But Pence didn’t offer any “specifics,” Sen. Chuck Grassley (R-IA) said. On Thursday afternoon, Trump indicated that he’s interested in a three-week short-term spending bill as long as it includes a “down payment” for a border wall — essentially the same offer Democrats opposed from the beginning.

House Democrats, meanwhile, are expected to unveil a bill to fund the Department of Homeland Security and increase funding for border security to $5 billion without including money for a “wall.” Several Republican senators have already said that the proposal is a nonstarter.

There’s still the possibility that a deal could involve longer-term protections for the immigrants protected under the Deferred Action for Childhood Arrivals program, or DACA, though it’s unclear whether it could accrue enough backing from lawmakers on either side of the aisle.

“My unfortunate experience with immigration reform is that it’s really hard and never seems to get to a solution,” Cornyn said.

For now, Democrats and Republicans are standing firm in their positions and growing increasingly frustrated. Democrats are open to talking border security, but only after Trump agrees to open the government. And Republicans aren’t particularly interested in any negotiations that don’t include a wall or barrier.

As the 34-day stalemate continues to drag on, Senate Appropriations Chair Richard Shelby (R-AL) may have put it best when he said simply, “Is this the beginning of the end? Or the end of the beginning?”

These are the options on the table, now

The Senate on Thursday rejected two proposals: one from Trump that included a $5.7 billion demand for the border wall as well as three-year extensions for protections for DACA recipients and TPS holders, and one from Democrats that would have opened the government through February 8 without wall money.

Now that both have failed, the two sides are coming back to the table with offers that provide some concessions, though neither is addressing their core disagreement: the wall.

Trump’s latest request is a short-term spending bill that would still include wall funding, and he noted Thursday that he would not be satisfied without it.

“One of the ideas suggested is that they pay a prorated down payment for the wall,” Trump said during a press briefing. “Now Mitch [McConnell] is negotiating with Chuck Schumer and we’ll see what happens,” he said, referring to the Senate Republican and Democratic leaders.

Sen. Lindsey Graham (R-SC) emphasized that he saw the three-week option as the best way forward after speaking with Trump. “The way forward is clear to me: a three-week continuing resolution that includes a down payment on wall/barrier funding and priorities of Democrats for disaster relief, showing good faith from both sides,” he said in a statement.

House Democrats are preparing for negotiations as well. Democrats are working on their own border security proposal; part of a $49 billion bill to fund the Department of Homeland Security, House Speaker Nancy Pelosi told reporters on Tuesday. It is unclear so far how much of that $49 billion total would be dedicated to border security, but a Politico report said the bill could contain at least $5 billion in new technology and an increase in Border Patrol agents.

“The Homeland Security bill is not finished; hopefully it will be finished soon, and out of that, we will see a commitment to border security,” Pelosi told reporters on Thursday. “Within that, we will have some of our proposals for what comes next.”

Democrats will announce a plan or bill on Friday, but wouldn’t say much about what it contains.

“Stay tuned, we’ll be talking,” said Rep. Nita Lowey (D-NY), the chair of the House Appropriations Committee. “We’re working together, and we’ll be trying to just use common sense. But the message here is very clear — open this government and then we can have a discussion.”

Restarting talks is important — Trump and Pelosi haven’t met for more than a week. The House speaker has not received an invitation from the president to meet since an explosive meeting in early January that ended with Trump leaving abruptly. Since then, Pelosi and Trump have dueled publicly over her disinviting him from the State of the Union address, but haven’t hashed out a plan.

“It’s the president of the United States,” Pelosi told reporters on Thursday. “We’ll meet with him anytime he wants to meet.”

Around 800,000 federal employees are going another week with no check — their second pay period without money, and public opinion on Trump and his border wall is souring. Pelosi and Trump squared off over the House speaker uninviting Trump to the State of the Union address over concerns about the lack of working Secret Service members. And a Democratic proposal to reopen the government for two weeks got more Republican votes in the Senate than Trump’s own proposal.

Schumer and McConnell met with each other following Thursday’s Senate votes to talk, but there’s an understanding that this all comes down to Trump.

The government shut down in the first place because Trump changed his mind. In December, the Senate, with bipartisan support, passed a spending bill that funded the government, without a border wall. Senators did so because they thought Trump would sign it — and then he said he wouldn’t.

The White House has since rejected every bipartisan deal on immigration. Trump administration officials have called for wall, but changed the definition of a wall at every turn, from steel barriers, concrete slabs, to bollards. Democratic lawmakers and their staff members can’t define what a “wall” is, nor can White House officials. It’s not even clear where Trump wants the “wall” to be built — or why it has to be the centerpiece of the border security plan.

All that’s clear is that the government is partially shut down over it.

“Without a Wall there cannot be safety and security at the Border or for the U.S.A. BUILD THE WALL AND CRIME WILL FALL!,” Trump tweeted Thursday.

In the Senate, there’s a different interpretation.

“I think he maybe overestimates the importance of physical barriers,” Cornyn said of Trump. “But certainly that is a component of the solution. It’s technology, it’s people and barriers.”