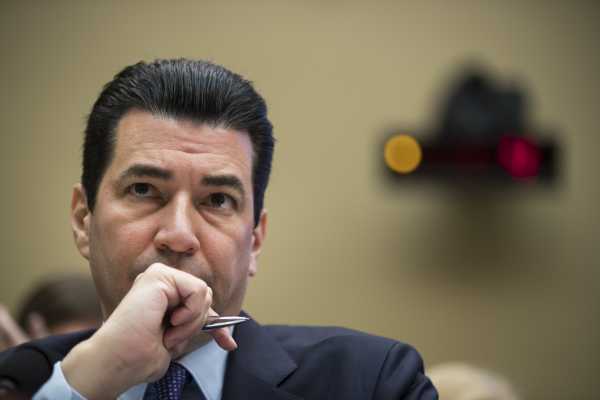 Food and Drug Administration head Scott Gottlieb resigned on Tuesday — leaving a hole not just in the country’s top agency for food and drug regulation, but also in the Trump administration’s response to the opioid epidemic.

President Donald Trump has generally underwhelmed advocates and experts when it comes to his response to the opioid epidemic. He’s failed to allocate the levels of funding necessary to really build up addiction treatment, and focused on efforts, like the border wall and Obamacare repeal, that would do little to resolve the crisis and may actually make it worse.

Gottlieb has been an exception in the Trump administration. He has been very focused on the opioid epidemic, calling it the “biggest crisis facing the FDA.” When I asked last spring about Gottlieb’s performance, Stanford drug policy expert Keith Humphreys — not a fan of the Trump administration in general — told me that “Gottlieb has been shockingly good so far. I hope he doesn’t get fired.”

Gottlieb has also earned praise for his work in other areas, particularly on tobacco, nutrition regulations, and drug prices (though he angered some for his criticisms of e-cigarettes). As Julia Belluz, Dylan Scott, and I wrote last year, he was a rare Trump official who was winning over skeptics.

On opioids, Gottlieb promised changes. But he also owned up to the FDA’s past inaction and failures, acknowledging that the agency allowed opioid painkillers to proliferate and fuel an epidemic of addiction and overdose.

“Sadly, the scope of the epidemic reflects many past mistakes and many parties who missed opportunities to stem the crisis, including the FDA,” Gottlieb said in a statement in February. “At the FDA, we’ve worked to learn from past mistakes, and we intend to make sure that we’re acting forcefully enough to address new threats that could extend this crisis.”

His first major move at the FDA was to get the drugmaker Endo to withdraw Opana ER, an opioid painkiller, from the market after it was linked to misuse (including a particularly nasty outbreak that caused a rise in HIV/AIDS cases in Indiana). He pushed to require drug companies to study if opioid painkillers are effective for treating chronic pain — a claim that drug companies made for years, despite a distinct lack of scientific evidence to support it. Leveraging a law passed by Congress last year, he vowed to use a new authority that lets the FDA require companies to develop new disposal technologies for unused medication (to help get loose opioids out of medicine cabinets, where teenagers and others can steal them for misuse).

At the same time, Gottlieb also issued guidance to encourage further development of anti-addiction medications and reduce the stigma that can be attached to these kinds of treatments. He’s admonished health insurers for not covering all of the currently available medications. And under him, the FDA approved a new formulation of buprenorphine that will only need to be administered once a month (though this likely would have gotten the okay even without Gottlieb in charge).

Gottlieb was not without his critics. He drew criticism for not doing more to help make the opioid overdose antidote naloxone available over the counter. Under his watch, the FDA approved a new opioid painkiller, despite fears it could be misused.

Still, his actions generally moved the FDA in the right direction by addressing the two major elements of the opioid crisis: the “stock and flow.” On one hand, you have the current stock of opioid users who are addicted; the people in this population need treatment, or they will simply find other, potentially deadlier opioids to use if they lose access to painkillers. On the other hand, you have to stop new generations of people from potentially accessing and misusing opioids — or there will be a constant flow of new people with addiction.

By trying to ensure opioid painkiller prescriptions were limited to genuine needs, and working to make treatment more accessible, Gottlieb tried to address both these pieces.

That’s why some advocates and experts in the opioid epidemic space are now concerned.

“Gottlieb was by far the most competent and effective Trump appointee,” Leo Beletsky, a professor of law and health sciences at Northeastern University, tweeted. “His resignation is terrible news for public health.”