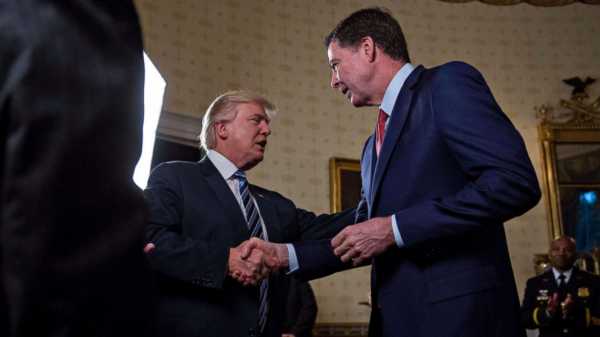 Comey says he took that as the president wanting him to end the investigation into retired Lt. Gen. Michael Flynn, Trump’s fired former national security adviser.

Comey also said that then-chief of staff Reince Priebus asked him whether Flynn was under government surveillance and that Trump claimed Russian President Vladimir Putin told him Russia had “some of the most beautiful hookers in the world.”

Trump, who has previously dismissed the memos as “fake,” claimed on Thursday night that the memos exonerated him in the ongoing Russia investigation while criticizing Comey’s conduct.

You can read the declassified and partially redacted memos here: