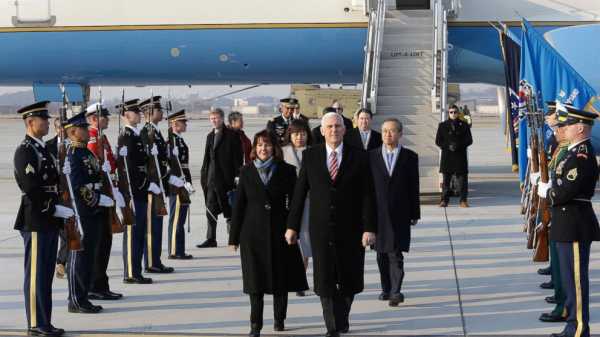 “I think any opportunity we have to celebrate the men and women of the armed forces of the United States is a great day,” Pence said, supporting Trump’s request to plan a military parade. “I heartily support the president’s call to celebrate our military.” 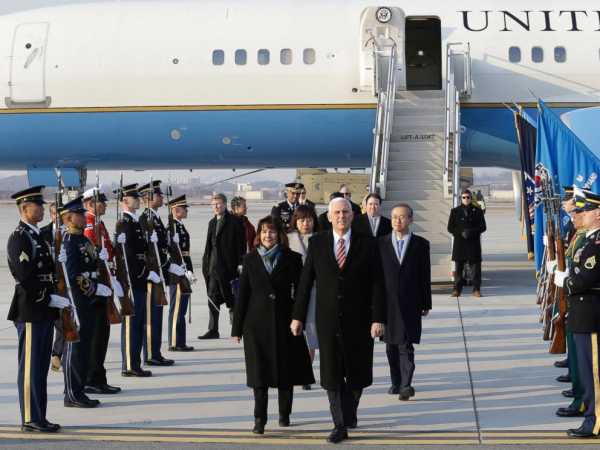 “Make no mistake about it, what we witnessed in Pyongyang, and we witnessed again yesterday, on the eve of the Olympics — what [South Korean] President Moon [Jae-in] said last night, he hopes will be an Olympics of peace — was once again an effort on the part of the regime in Pyongyang to display their ballistic missiles, to display a military that continues to make menacing threats across the region and across the wider world.

“I think in the United States of America, just as in France — where the president was impressed on Bastille Day — we can celebrate our troops, not in any way ever be associated with the provocations of the North.” 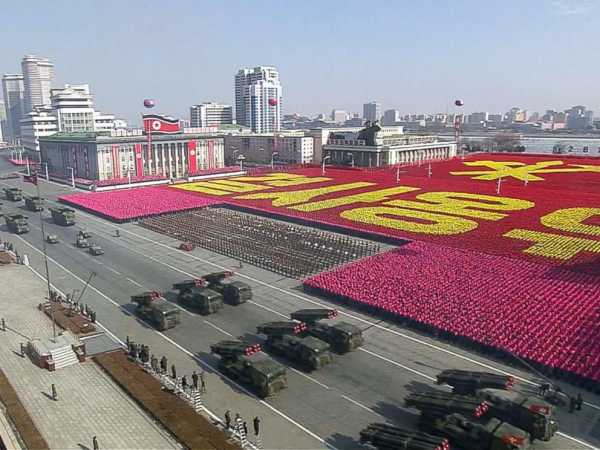 North Korea’s parade on Thursday was held to celebrate the 70th anniversary of the founding of the country’s military, and featured hundreds of choreographed soldiers marching in formation, rows of missiles and lines of tanks.

Pence reiterated the United States’ stance on a denuclearized North Korea in the same interview Friday in which he denounced the country’s parade.

“The simple truth is that the time has come for North Korea to permanently abandon its nuclear and ballistic missile ambitions — to recognize there is no future as a member of the family of nations for a nuclear-empowered North Korea,” he said after touring the Cheonan naval memorial, a tribute to the South Korean ship sunk in 2010. Forty-six members of its crew were killed in an attack a South Korean, U.K. and U.S. investigation showed was carried out by the North. The North has always denied it was responsible.

The U.S. delegation led by Pence will not be meeting with North Korean officials during its time in Pyeongchang. Pence had said they would “see what happens” when asked about a potential meeting earlier in the week, but the North’s foreign ministry shot down any chance of talks on Thursday. 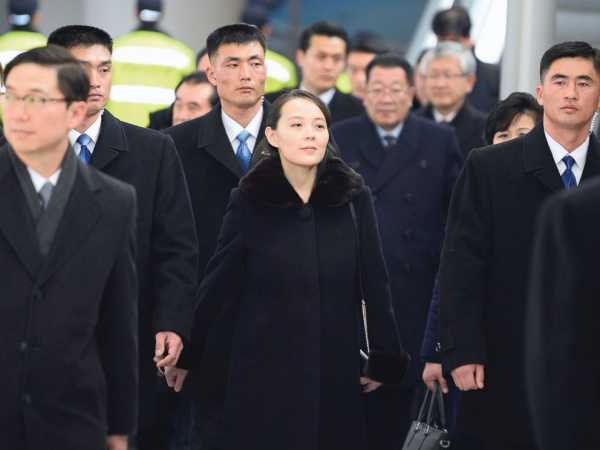 Who is Kim Yo Jong? Kim Jong Un’s mysterious sister readies for her close-up at the Winter Olympics

North Korea’s delegation, led by Kim Jong Un’s sister, Kim Yo Jong, arrived to a sea of press in South Korea on Friday. She is the first member of the Kim family to visit the South since the end of the Korean War in 1953. Kim Yo Jong is scheduled to meet with President Moon on Saturday.

The comments by Pence also came on the same day he visited North Korean defectors along with Fred Warmbier, the father of Otto Warmbier, an American student who died in the U.S. shortly after being released from North Korean custody in 2017. Warmbier is set to attend the opening ceremony on Friday as a guest of the vice president.