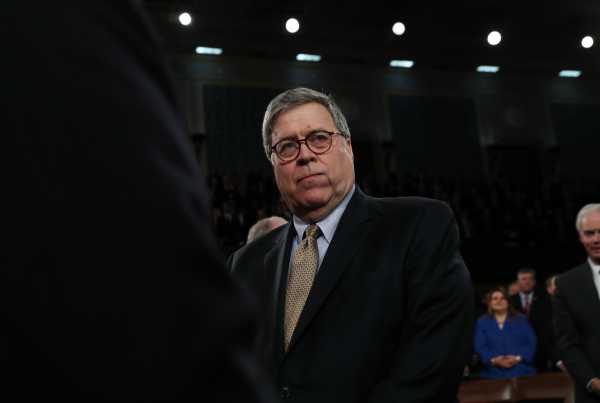 Over 1,100 former US Department of Justice officials have signed an open letter calling for Attorney General Bill Barr to resign after senior department officials intervened to reduce a sentencing recommendation for Donald Trump’s friend Roger Stone.

On Monday, federal prosecutors recommended that Stone — a longtime GOP operative who was convicted in November of making false statements to Congress, obstructing an official proceeding, and witness tampering — receive a seven- to nine-year prison sentence for these crimes.

Trump was outraged by the recommendation, something he made clear through a series of late night tweets, in which he slammed the sentence as “very unfair.”

The next day, it was reported the DOJ planned to amend the sentencing recommendation, leading the entire Stone prosecutorial team to withdraw from the case — and one to resign from the DOJ completely.

A new prosecutor on the case, John Crabb, then submitted a filing to the court saying that the previous sentencing memo “does not accurately reflect the Department of Justice’s position” and recommending a much shorter prison sentence. On Wednesday, Trump praised Barr for “taking charge of a case that was totally out of control and perhaps should not have even been brought.”

That series of events has prompted a huge outcry over concerns that Barr and other senior Justice Department officials were overturning career prosecutors’ decisions purely to placate Trump and protect his allies. Some, like Sens. Elizabeth Warren and Ed Markey, have called on Barr to resign; other lawmakers demanded the attorney general testify before Congress. He is expected to appear before the House Judiciary Committee in March.

The signatories of the letter — who note they have served under both Democratic and Republican administrations — now join these critics, and argue that Barr’s attempts to protect a political ally have flouted the principle of “equal justice under the law” and “require Mr. Barr to resign.” It details his violations of institutional norms at the Justice Department thusly:

The letter does note that later in the week, Barr did appear to push back on Trump’s attempts to politicize Justice Department proceedings. Barr said in an interview with ABC News on Thursday, “I cannot do my job here at the department with a constant background commentary that undercuts me.”

But ultimately the authors of the letter say it’s not enough:

Barr has been a staunch defender of the president and his interests since he began his tenure as attorney general, and the authors acknowledge that because of this, they have “little expectation” that Barr will step down. Nevertheless, the letter is powerful in its bipartisan censure of the nation’s attorney general, and is a trenchant reminder that concerns over the path the Justice Department appears to be heading down go beyond outrage from Democratic lawmakers.

The problem goes deeper than the Stone case

Questions over meddling in the Stone case have been raised amid broader concerns about the politicization of the Department of Justice, and amid fears Trump feels emboldened following his acquittal in his impeachment trial.

The Flynn episode seemed to provide further evidence that senior officials in Trump’s Justice Department are willing to meddle in cases in order to assist his friends and allies. And as Prokop notes, the replacement of former US attorney for the District of Columbia Jessie Liu — who led the prosecutorial efforts against a number of Trump associates implicated by the Mueller investigation — with a Barr ally, along with the administration suddenly withdrawing Liu’s nomination for a Treasury Department post, would seem to suggest personnel seen as obstacles to Trump’s political agenda are at risk of being sidelined and punished.

Giving weight to this reading of events is the fact that Trump has openly retaliated against officials outside the DOJ in recent weeks. As Prokop has pointed out: “All this has unfolded as Trump has separately taken revenge on witnesses in the impeachment inquiry: dismissing Alex and Yevgeny Vindman from the National Security Council staff and firing EU Ambassador Gordon Sondland.”

This is the sort of behavior the former DOJ officials are concerned about, and the president and his top officials have given no indication they plan to alter their behavior. In fact, as senior adviser for Citizens for Responsibility and Ethics in Washington Walter Shaub told Vox’s Aaron Rupar, the president now appears to be engaged in a “full-court press to push the boundaries in all directions.”