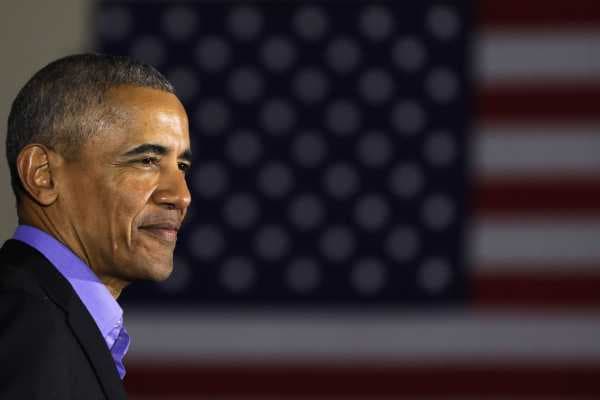 The Affordable Care Act is going to survive.

The 2010 health care law has slowly but surely moved out of the line of fire. President Trump barely mentioned it in his State of the Union address Tuesday night. At their annual retreat this week in West Virginia, top Republicans signaled that the repeal dream is likely over.

After Doug Jones won the Alabama special Senate election in December, the bare Republican Senate majority has no viable path left for a more substantial repeal plan; the math in a 51-seat majority is too daunting. Sens. Susan Collins (R-ME) and Lisa Murkowski (R-AK) remain opposed to taking up repeal. Senate leader Mitch McConnell (R-KY) has already said that Republicans would probably move on from health care.

So the party’s long-held promise to repeal Obamacare root and branch appears to be actually, finally dead. Of course, that hasn’t stopped Trump claiming, after his party’s tax overhaul passed in December with a repeal of the law’s individual mandate, that Republicans “have essentially repealed Obamacare.” But he’s wrong about that.

Repealing the individual mandate is a legitimate blow to the Obamacare marketplaces, but doing so won’t unravel the markets entirely. They will function worse than they did before, and premiums will likely rise.

But millions of people who receive generous tax subsidies to buy coverage will not feel the brunt of those cost increases. The law’s rules prohibiting health insurers from discriminating against preexisting conditions remain on the books. Finally, and most importantly, Obamacare’s Medicaid expansion, which covered upward of 15 million people, remains untouched.

“The heart of the ACA has always been the Medicaid expansion, the premium subsidies to make insurance more affordable to lower-income people, and the protections for preexisting conditions,” Larry Levitt, senior vice president at the Kaiser Family Foundation, told me. “Those things will all still be in place.”

Obamacare won’t function as well as it might have under a Democratic administration or if Republicans in Congress weren’t bent on repealing the individual mandate. But it will still be here.

Republicans don’t have the support to revisit Obamacare repeal

Some Republicans, from Sens. Bill Cassidy (R-LA) and Lindsey Graham (R-SC), who authored the most recent Obamacare repeal plan, to House Speaker Paul Ryan, were still holding out hope to revisit the health care law this year.

But the truth is, after Jones’s victory in the Alabama Senate race, Republicans simply don’t have a plausible path to getting 50 votes in the Senate for any repeal bill.

They had already failed to draft health care legislation that could pass the Senate when they had 52 Republican senators. Now they’ll have 51. (Sen. John McCain, who also opposed repeal efforts, has been out while he undergoes cancer treatment.) Jones might come from a deep-red state, but he has said repealing and replacing Obamacare is just “a political slogan” that is “not workable.”

Some of the senators who helped kill those previous repeal plans don’t seem eager to take up the issue again. Collins has told reporters that she still doesn’t think the Graham-Cassidy plan was the right approach. Murkowski seems to feel the same.

“I’ve always felt that it would be good to start the new year with a focus on some issues that will bring the Senate together,” she told the Hill’s Peter Sullivan last month. “I don’t think that that is a particular issue that brings us all together.”

I surveyed four health care lobbyists well attuned to congressional Republicans after Jones’s win, and three of them flatly said that Obamacare repeal was dead. The other offered only that they might indeed try again, giving the GOP’s existential opposition to the health care law.

But ironically, the sweeping tax bill Republicans passed which also ends Obamacare’s individual mandate, could actually make it harder to repeal the rest of the law. Republicans have nixed the least popular part of the ACA — the part that has been the foundation of their ideological opposition.

“The IRS tax, the individual mandate from Obamacare, is profoundly unfair,” Sen. Ted Cruz (R-TX), who advocated for repealing the mandate in the tax bill, said on the Senate floor last month. “Each year, the IRS fines about 6 million people because they don’t have enough money to afford health care.”

If they were to go back to Obamacare repeal now that the mandate is gone, they would be tackling the much more popular pieces of the law, the provisions that have already made it so difficult for Republicans to unwind the ACA.

“I don’t see how they get there with 51 if they couldn’t with 52,” one Republican lobbyist told me. “Then again, if they pass the tax bill, they did knock out the one piece they all agreed was the worst part of Obamacare.”

This week, at the Republican retreat in West Virginia, even some of repeal’s top proponents seemed resigned to that fate.

“I don’t think leadership wants to,” Cassidy told Politico. “In the sense of Graham-Cassidy, a partisan exercise? Doesn’t look like it.”

Obamacare is more than the individual insurance marketplace

Republicans did repeal the individual mandate. The mandate was often described as one leg of a three-legged stool that holds up Obamacare, along with the tax subsidies that help people buy insurance and the protections for preexisting conditions.

The law’s individual marketplaces aren’t going to work as well without it. But they probably aren’t going to collapse either. Most policy experts already think two things:

The Obamacare markets without the mandate are likely to shrink to the people who receive generous subsidies and sick people who really need insurance. That is not an ideal market. But it still means millions of people will be able to afford comprehensive insurance under the law.

“What is basically happening is that Trump is turning ACA into a public insurance program by getting rid of the unsubsidized population,” Jonathan Gruber, an MIT professor who helped design the law, told me. “It is basically turning into an expensive entitlement for low-income populations.”

But then you have the rest of the law still in place. Obamacare expanded Medicaid eligibility to cover everybody with an income up to 133 percent of the poverty level (about $16,000 for an individual). It has covered more than 15 million people, according to the Kaiser Family Foundation, making up more than half of the coverage gains under the law.

So the Obamacare that will remain is one that still covers more than 20 million of the poorest Americans. Other Republican-led states that have so far rejected the Medicaid expansion could revisit their decision the longer the law stays on the books, especially with the Trump administration’s openness to Medicaid work requirements.

“We’re gonna end up seeing … effectively the ACA will become an expansion to the social safety net,” Craig Garthwaite, a conservative health economist at Northwestern University, told me. “We have really closed out a lot of the holes in the safety net for the truly poor.”

The rest of the law’s infrastructure will still be there too. Insurers will still be legally prohibited from denying people coverage or charging them higher premiums based on their medical history. It could make it easier, someday, for a future Congress to take steps to improve Obamacare, either by reinstituting the mandate or by expanding the tax subsidies to make insurance more affordable to more people.

“A large part of the ACA is likely to remain,” David Cutler, a Harvard University economist who advised President Obama, told me. “The question is whether enough does so that we build on that, or whether it’s not enough and the feeling is that one needs to start over again with a major new plan (e.g., single-payer).”

“Some of that depends,” he continued, “on how the ACA plays out over the next few years.”

But Trump can make Obamacare worse, even if he can’t break it

To Cutler’s point, the law won’t be totally in the clear. The Trump administration and Congress can still make tiny cuts.

The individual mandate’s repeal is likely to be the biggest blow. But the Trump administration has already done its best to cut enrollment, shortening the sign-up period and slashing its advertising budget. Enrollment through the federal website HealthCare.gov dipped slightly from last year after the cuts, when experts say it should otherwise have grown.

The Trump administration is also taking steps to make more non-Obamacare-compliant plans available, which will siphon healthier people away from the law’s marketplaces and make insurance more expensive. Trump officials have already taken steps to roll back, but not by any means eliminate, the law’s guarantee of free birth control.

(If you want a fuller picture, check out this piece I wrote imagining what Obamacare might look like in 2020 under Trump.)

Those policies are all real changes that are likely to make insurance more expensive on the law’s marketplaces and make certain health care services, like contraception, less affordable for people.

Perhaps the biggest unknown is whether health insurers will desert the law’s market en masse because of the ongoing uncertainty. Every county in the country had at least one insurer this year, but it was touch and go for a while. On the one hand, there are strong incentives for insurers to participate because the ACA provides a guaranteed and subsidized customer base. But there is nothing that insurers hate more than the uncertainty that Trump has sown in his first year in office.

“The big uncertainty is how badly the market deteriorates without the individual mandate, piled on top of Trump administration actions,” Levitt said. “That’s going to understandably make insurers hyperventilate.”

Trump’s actions could also drive premiums so high — with the federal government picking up the tab for the people who receive financial assistance — that Congress will feel compelled to intervene. That is the other overarching concern I heard.

“The government’s financial burden of subsidizing coverage when young, healthy people can stay out climbs exponentially,” Sara Rosenbaum at George Washington University told me. “This, of course, sets the stage for terrible reductions in subsidies along with Medicare, Medicaid, and CHIP subsidies, ultimately.”

So this year under a fully Republican-controlled Washington and three years under Trump could be a rocky road. There are land mines to dodge.

But if a sweeping repeal-and-replace bill is off the table, the guts of Obamacare — its financial aid, its Medicaid expansion, and its insurance protections — are safe for now. They are increasingly likely to be there in 2019, when Democrats have a chance to take over both chambers in Congress, and then in 2021 when a new administration could be coming in.

After a presidency that started with the very real possibility that the Affordable Care Act would be erased from history, for the first time the law’s future is actually starting to feel secure.

Are you an Obamacare enrollee interested in what happens next? Join our Facebook community for conversation and updates.