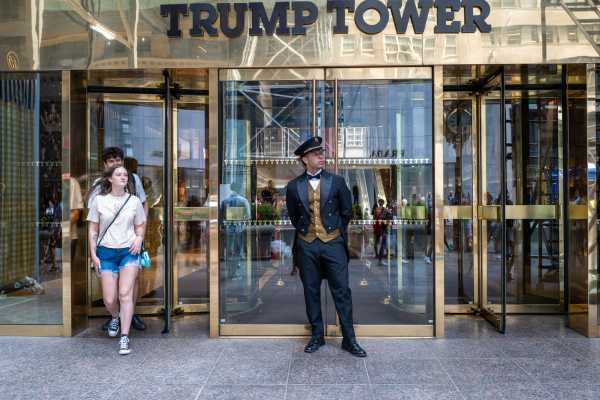 In the lawsuit, James accuses Trump of fraudulently inflating his wealth on several “statements of financial condition” listing his net worth that he assembled from 2011 to 2021. The goal of this, James asserts, was “to obtain beneficial financial terms from lenders and insurers.” The suit also names his children, Donald Trump Jr., Eric Trump, and Ivanka Trump; other top Trump organization employees; and Trump’s company itself as defendants.

James says in the suit that she estimates the financial benefits from this “fraudulent scheme” were $250 million. She wants Trump to give up those benefits and be permanently banned from serving as an officer in any New York business entity, and to ban the Trump Organization from buying commercial real estate in the state for five years.

The suit claims that these misrepresentations from Trump and his employees “violated a host of state criminal laws” and “plausibly violates federal criminal law.” However, this is a civil suit, not a criminal one. James’s office does not have the authority to file criminal charges in this matter.

It had once seemed that the Manhattan district attorney’s office, which does have that authority and deeply investigated Trump’s business practices (including these exact matters), might file such charges. But after a change in leadership in that office earlier this year, the criminal investigation stalled and two top prosecutors resigned.

So, James has said she will file a referral to federal prosecutors at the US Attorney’s Office for the Southern District of New York, laying out her findings so they can decide whether criminal charges are merited. It is unclear at this point what will result from that.

As for James’s civil suit, it will likely to be mired in the courts for some time, potentially for years to come. In a press conference Wednesday, James said that her office had rejected a proposed settlement from the Trumps earlier this year.

Read the filing at this link, or below: