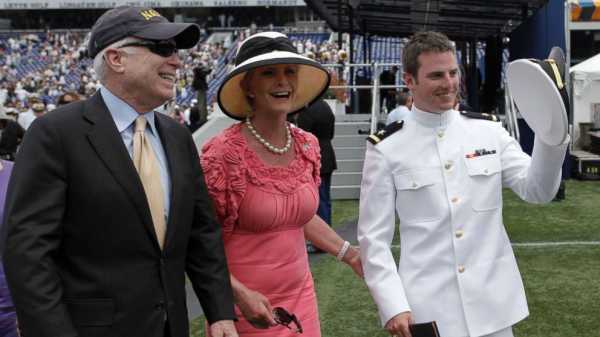 The elder McCain, 81, was diagnosed with glioblastoma over the summer, and in July, he began chemotherapy and radiation treatment at the Mayo Clinic in Phoenix. Instagram/CindyMcCainCindy McCain posted this photo on Instagram on Nov. 24, 2017, writing, “McCain men enjoying Thanksgiving together!” Jack McCain, holding his son, is flanked by his brother and father.

In December, the Republican senator spent time in a hospital. “He’s receiving treatment for the side effects of the therapy, his longtime friend, Sen. Lindsey Graham, R-S.C., told ABC News at the time. “I feel pretty good about the way the treatment is affecting his underlying cancer. But the treatment has a downside. So he’s tryin’ to get rested up … I’m very confident he’ll come back and continue to participate for a long time to come.” 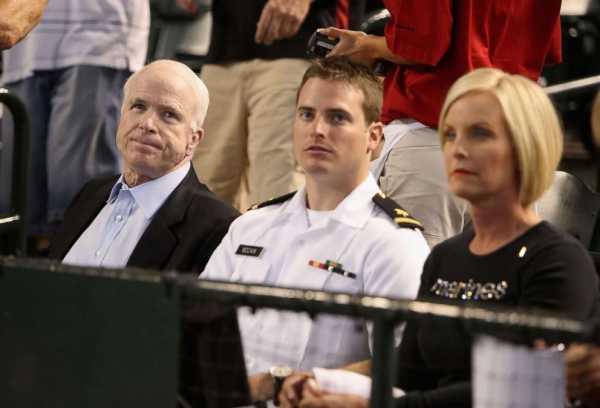 While in Arizona for treatment, John McCain attends Diamondbacks game with wife, daughter

Jack McCain, 31, a Navy lieutenant and helicopter pilot, told The Arizona Republic, “The diagnosis he has is not a good one. But of all of the things that have happened in this man’s life, of all of the times that his life could have ended in the ways it could have ended, this is by far one of the least threats to him and that’s kind of how he views it.”

He continued, “He’s very sober about it. He understands the implication and the weight of it. But for not one minute has he let that take over his feelings towards how hard he has to fight. He is more than double my age and can outpace me in almost everything. So I have absolutely zero doubt that this is something he can not only beat but conquer.” 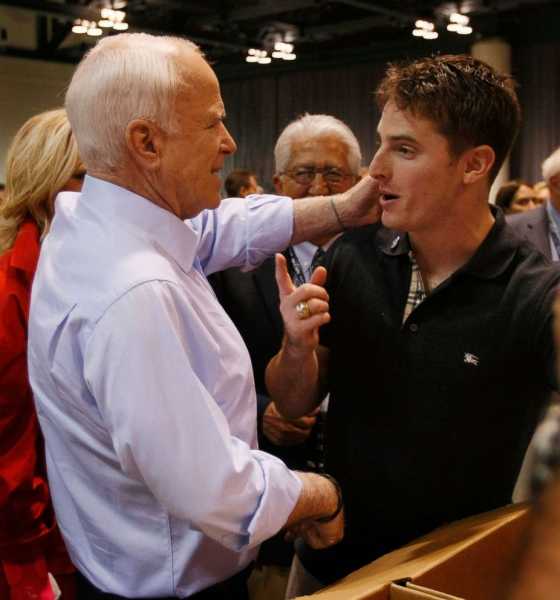 Jack McCain said he speaks with his dad daily, and since they’re both military men, he jokingly said it brings out their competitive nature.

“Every time I talk to him he sounds better than the day before. We talk about my assignment, how he’s doing, the next family vacation, how those damn helicopters. He was an attack pilot, I’m a helicopter pilot, there’s a rivalry there.” 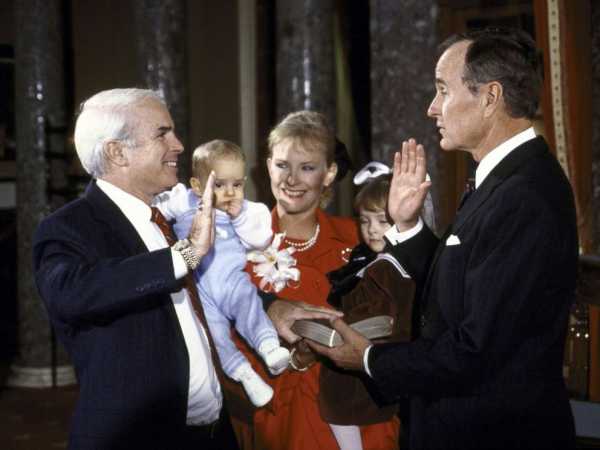 And the McCain patriarch isn’t concerned about his mortality, says his son. “He is very cognizant of it but it’s not a driving force in the way he views his particular disease,” Jack McCain said. “I tongue-and-cheek describe him as a cockroach. He is very tough to kill. He probably would be the first one to admit immortality is a fool’s errand. He is nothing but a man.”