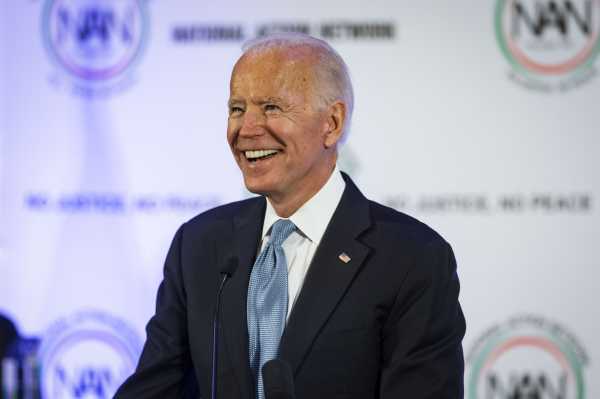 In poll after poll of the 2020 Democratic primary so far, former Vice President Joe Biden keeps on leading.

But the big question is whether that lead will prove durable once the campaign gets serious — or whether it will evaporate, as several past national frontrunners’ early leads have once exposed to reality.

Here’s what the polls currently show:

But there are, of course, some very important caveats.

First, a recent piece by Politico’s Steven Shepard argued that Biden’s poll lead was in fact “shaky.” Shepard pointed out that in the polls referenced above, respondents generally aren’t offered “undecided” as an explicit option. In polls that do offer that option, Biden’s share of the vote drops dramatically — to 12 percent in a poll by Bold Blue, and 9 percent in an ABC News/Washington Post poll. He’s still in first place among the actual candidates in both, but this may suggest that Biden’s support is shallow.

Second, and more broadly, history shows that a national presidential primary poll lead at this point is very far from a sure thing. You can follow the Washington Post’s @LedPast on Twitter for a sense of that — here, for instance, is who was ahead at a similar point in every recent cycle.

In only two of those five races did the poll leader at this point go on to win the nomination — Mitt Romney for 2012 Republicans and Hillary Clinton for 2016 Democrats. Even Clinton’s massive poll lead plummeted (she ended up winning the popular vote over Sanders by about 12 percent).

In the other three races, the poll leader around this point ended up losing.

The size of Biden’s current poll lead certainly isn’t as overwhelming as Clinton’s was in 2015. But it’s also larger and more consistent than any Republican candidate had managed that year until Trump came along. And it’s about the same as Romney’s in early 2011 — when he went on to win the GOP nomination.

Still, there are also reasons to suspect Biden’s current lead is a lot like Giuliani’s in 2007 or Jeb Bush’s in early 2015 — that it’s illusory, based on a vague general positive impression that won’t survive contact with an actual campaign. Biden is expected to announce whether he will run in the coming weeks.