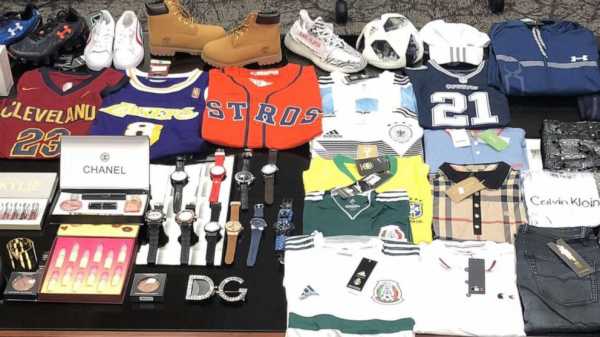 As the shopping season kicked off on Black Friday, federal authorities issued new warnings focused on online scams that have targeted tens of thousands of holiday shoppers in 2019.

Department of Homeland Security investigators, who track fraudulent transactions, confiscated more than $500 million worth of counterfeit goods in the past year, leading to hundreds of arrests and convictions, according to government data.

One fraudulent website busted recently by investigators appeared to be a merchandise outlet for the New York Jets football team. Another advertised “free shipping all over the world” for a line of ergonomic baby carriers. Both sites were flagged and taken down.

Francis said the agency is seeing an increase in the use of online currencies and unregulated “Dark Web” networks to traffic illicit goods.

Homeland Security investigators are partnering with companies like Apple to identify knock-off products and work to root out fraudulent sellers by partnering with online sales platforms like Amazon and Ebay. With many digital avenues for distributing illicit goods, Fancis said the incentives are high for criminals.

“The risk of being arrested and prosecuted is low but the profit is extraordinary,” Francis said. 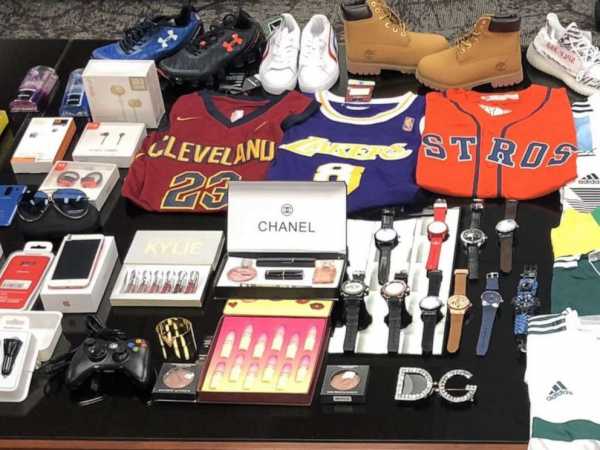 Department of Homeland Security investigators, who track fraudulent transactions, have confiscated more than half a billion in counterfeit goods in the past year, leading to hundreds of arrests and convictions.

Holiday scams — including those in which packages are never delivered or payments never made — target thousands of Americans every year, according to FBI data. More than 65,000 people fell victim to fraudulent schemes, costing consumers an estimated $184 million.

And for those looking to get too-good-to-be true deals on a fake Gucci bag or imitation Rolex watch, Francis said it’s not worth it.

Instead, experts have advised consumers to take a variety of measures to guard against fraud:


The IPR Center also recommends taking precautions on social networking sites where personal information may be exposed to scammers.

Experts warn that identifying details pulled from public social media profiles can be used to piece together information needed to hack online orders.


Old bank statements, receipts and other discarded documents are all susceptible to “dumpster divers.”

Digging through trash is known method used by identity thieves looking to piece together personal information, the IPR Center warns.