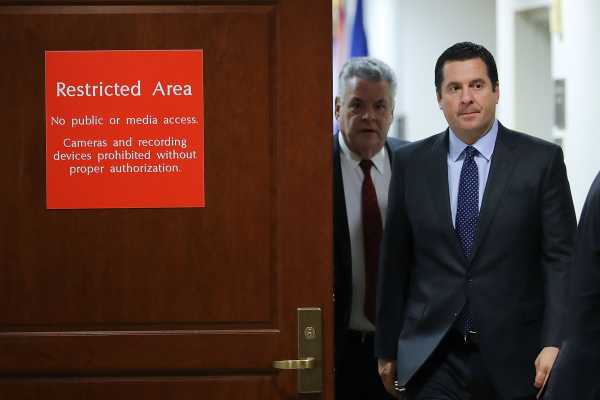 Rep. Devin Nunes (R-CA) has taken the fight against fake news into his own hands by launching a news site of his own. Nunes’ campaign committee appears to fund the California Republican, a partisan news site that claims to deliver “the best of US, California, and Central Valley news, sports, and analysis.” At the moment, it has about 3,700 followers on Facebook.

Politico was first to point out the site’s existence on Sunday — which may explain why what appears to be its Twitter account, @carepublican, sent its first tweet the same day.

Nunes’ office did not immediately return a request for comment on the site.

The California Republican publishes fairly infrequently and covers a range of issues. Some of its most recent headlines: “Understanding the process behind #ReleaseTheMemo,” “How bad are CA gas prices? Just cross one border to find out,” and “The Russians are everywhere… and nowhere.” The stories are largely drawn from other publications, with both mainstream and conservative sites as source material.

According to Politico, the site was registered by Alex Talvian, a Fresno-area communications consultant, in mid-2017. Nunes’ campaign has paid Talvian’s company, Sultana Media, $7,773 since July for advertising and digital advertising management. Talvian told Politico he had registered multiple domains for the campaign but that he did not manage the California Republican.

Nunes, the chairman of the House Foreign Intelligence Committee, has had an interesting several months.

The California representative is behind the controversial Nunes memo, a document that alleges the FBI abused its powers when it opened its investigation into Russia’s meddling in the 2016 election. (The FBI, for its part, vigorously objected to the release of the Nunes memo over “material omissions of fact that fundamentally impact the memo’s accuracy.”) Nunes was also at the center of a bizarre controversy last spring, where he went to the White House with allegations about Trump transition team messages being intercepted — with information he appeared to have gotten from the White House.

Nunes’ local paper, the Fresno Bee, recently characterized him as “Trump’s stooge” in an editorial: “What, pray tell, does Rep Devin Nunes think he’s doing by waving around a secret memo attacking the FBI, the nation’s premier law enforcement agency?” the paper asked in January. A letter to the editor published six days later called him a “lackey lap dog” for the president.

Nunes often complains about “fake news,” telling conservative radio host Rush Limbaugh this week that “almost every story” is fake news. “Almost every story that runs about me is fake. I mean, it’s unbelievable the stuff that is out there,” he said. And so he’s decided to get in the game himself.