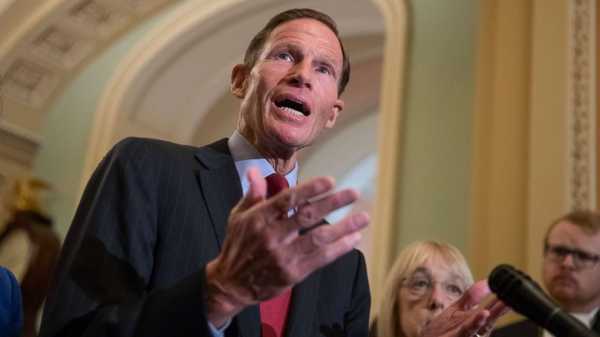 Add Gun Control as an interest to stay up to date on the latest Gun Control news, video, and analysis from ABC News.

Sens. Richard Blumenthal and Chris Murphy have been especially forceful advocates against gun violence since the 2012 Sandy Hook Elementary school shooting in Newtown, Connecticut, in which 26 people were killed, including 20 children.

As Blumenthal was making his case, he was handed a note about what was happening across the country from Washington. 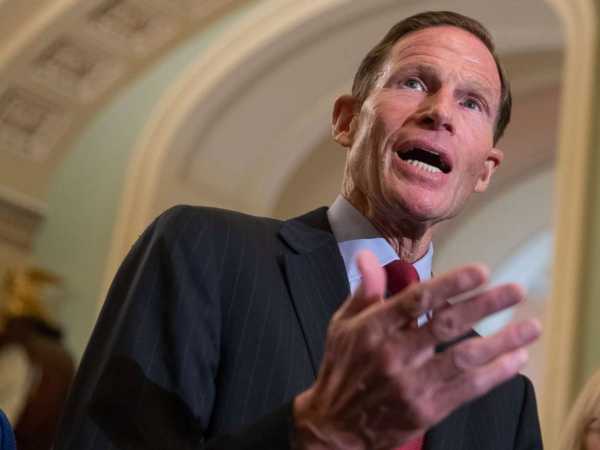 “As I speak on the floor right now, there is a school shooting in Santa Clara, California,” Blumenthal said, misstating the Santa Clarita location. “How can we turn the other way, how can we refuse to see that shooting in real time, demanding our attention, requiring our action? We are complicit if we fail to act. It is not just a political responsibility, it is a moral imperative,” he said.

“The unconscionable loss of life is our responsibility,” Blumenthal added.

Shortly before the shooting news spread, Murphy was on the Senate floor with Sen. Patty Murray, D-Wash., calling on their colleagues to bring up a universal background checks bill that was passed by the House earlier this year. 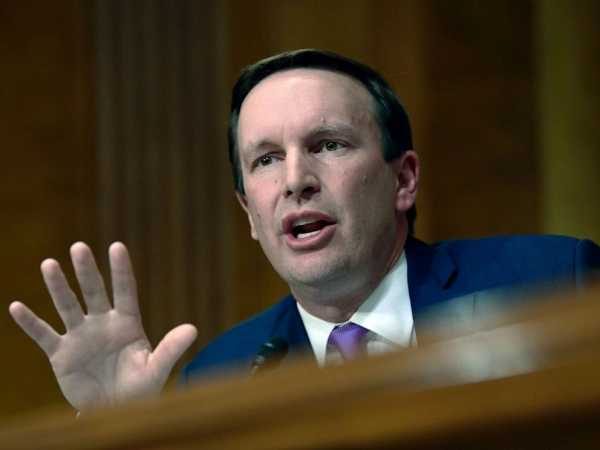 He asked for unanimous consent to pass the legislation dubbed the “Bipartisan Background Checks Act of 2019” that would establish new background check requirements for firearm transfers between private parties – or, unlicensed individuals.

Specifically, it prohibits a firearm transfer between private parties unless a licensed gun dealer, manufacturer, or importer first takes possession of the firearm to conduct a background check. The House approved of the measure in February of this year in a 240-90 vote.

But Murphy’s motion to pass the legislation in the Senate was immediately blocked by Republican Sen. Cindy Hyde-Smith of Mississippi. Hyde-Smith said she did so because her colleagues need time to consider the legislation and debate it.

Murphy was livid over the objection.

“You’re in the majority! You have the ability to pass legislation that you support, that Democrats can support as well. And the idea that we are just going to sit here and twiddle our thumbs week after week as 100 people are killed by guns [every day]…it’s an abdication of our basic responsibility as United States Senators,” he said.

“I’m profoundly, profoundly aggrieved by my body’s reluctance to even take up the conversation about the future of gun policy in this country,” he said.

Murphy spent weeks earlier this summer negotiating with the White House to come up with gun control legislation after two mass shootings in El Paso and Dayton, but those talks went nowhere.

Hyde-Smith claimed that by passing the legislation via a unanimous consent request — meaning without a roll call vote in which every senator is on the record — it also bypasses “regular order” and stifles debate on the matter.

“Legislation that would affect the rights of American citizens under the 2nd Amendment should not be fast tracked by the Senate,” Hyde-Smith said on the Senate floor.

“Efforts to criminalize otherwise lawful conduct with firearms by law-abiding gun owners should not be exempt from consideration by the appropriate committee of jurisdiction. It should not be exempt by debate on the Senate floor. If this so-called common sense bipartisan legislation was indeed crafted by strong bipartisan input, it shouldn’t have any problems advancing by regular order,” she said.

“Many questions about this legislation need to be answered before its forced upon law abiding gun owners,” she said. “My constituents would like to have an opportunity to weigh in on our measures like these, which is why we can’t fast track legislation that affects America’s Second Amendment rights.”

Her office said she was alerted to the situation in California just before noon Eastern which would have been after the exchange with Murphy.

“Senator Hyde-Smith stands by her objection to circumventing the committee and Senate debate process on an issue as important as taking away Second Amendment rights from law-abiding Americans,” a spokesperson told ABC News.