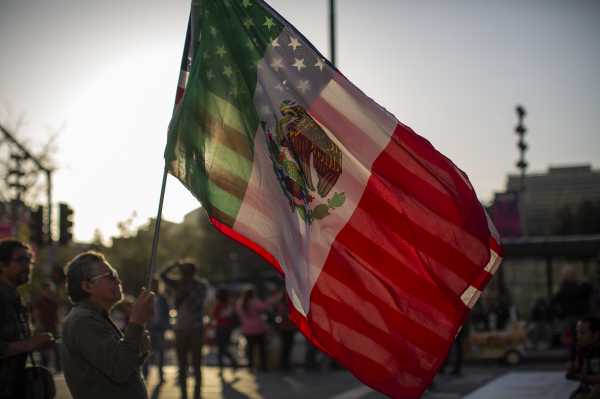 In the years since Donald Trump’s victory, a cottage intellectual industry has sprung up arguing that Democrats and European center-left parties need to move right on immigration if they want to win.

Its proponents include anti-Trump conservative writers like David Frum and Andrew Sullivan (themselves both immigrants to the United States), center-right academics like Oxford’s Paul Collier and University of London’s Eric Kaufmann, and even a few leftists like essayist Angela Nagle. The basic argument is pretty consistent: There’s a rising populist revolt against mass immigration in the West, and liberals need to adjust to this reality rather than try to fight it.

This industry has gone into overdrive in recent weeks, driven largely by the results of Denmark’s early June election. Denmark’s center-left Social Democratic Party (SDP), which had tacked hard right on immigration in recent years, defeated the conservative incumbent and won the most seats in parliament, while the far-right populist Danish People’s Party (DPP) lost more than half of its support. This, the immigration skeptics argue, is proof that they are right: Democrats and other center-left parties can co-opt Trump and the European far right simply by leaning into their anti-migrant bona fides.

“Imagine if [Elizabeth] Warren were to model her campaign on the newly elected social democrats in Denmark,” Sullivan writes. “A Democratic adoption of tighter immigration policies and less stridently leftist cultural stances could dominate” among many voters.

The reality of Denmark’s election is much more complicated than Sullivan’s morality play. The Danish campaign debate focused heavily on climate change and welfare state issues, with immigration playing less of a role than some external observers believe. Only a small percentage of DPP voters seemed to switch to the SDP. Perhaps most importantly, the SDP won only one more seat than it had in the 2015 election — an election it lost. Instead, the SDP benefited from a surge in support for smaller, relatively pro-immigration left-wing parties that could support it in a coalition.

The problems with the anti-immigration analysts’ view of Denmark mirror problems with their broader thesis. Political scientists have studied whether center-left parties benefit from tacking right on immigration, and the best evidence strongly suggests that they don’t.

What’s happening is an example of what my colleague Matt Yglesias calls “the pundit’s fallacy”: a writer’s conviction that their preferred policy ideas must be popular, and that a party who adopts their views will win because of it. But there’s substantial reason to think moving further right on immigration would hurt the center left, and no strong argument for Democrats to abandon their moral principles and practical stances to try to win more votes.

What do we know about the center left and immigration?

After the Danish election, Harvard PhD student Sophie Hill put together a Twitter thread summarizing the leading research on European social democratic parties and immigration. Her read of the literature is clear: “Should centre left parties ‘get tough’ on immigration? No!”

Hill, following an influential 2010 paper, argues that there’s a trade-off inherent to center-left parties’ positioning on the issue. If they maintain their traditional liberal positions, they lose ground with culturally conservative and less educated voters in the working class. If they move right, they risk alienating their cosmopolitan base on the left. (A third option is ignoring and downplaying immigration, but that can be tricky given how important the issue is in public debate.)

Two major questions follow: Does moving to the right on immigration win over a significant number of working-class voters? And, if so, is it enough to offset the losses among the left-wing base?

Research by German scholar Kai Arzheimer, whose work I’ve looked at before, suggests the answer to the first question is no. Arzheimer studied 16 European center-left parties with varying approaches to immigration, developing a model that attempts to estimates the effect of immigration positions on working-class vote share. He found that parties that tacked to the right on immigration did no better with the working class than those that maintained their traditional pro-migrant stances.

When it comes to the working class, he concludes, “it does not make a difference whether the Social Democrats stick to their traditional positions on immigration or whether they try to toughen up their policies.”

This makes intuitive sense. If you’re someone who really cares about immigration restrictionism, and you have a choice of a far-right party that’s long been obsessed with that issue or a liberal Johnny-come-lately, why would you vote for the latter?

Center-left parties “shouldn’t be purely focused on winning back the voters who went to the radical right, because when push comes to shove, a significant part of that electorate is deeply nativist,” Cas Mudde, a scholar of the European far right at the University of Georgia, told me in a 2017 interview. “They want a party that is nativist; the only way to win them back is pretty much by becoming radical right or radical right-light.”

If that’s true, then it should follow that tacking right hurts these parties overall: With no gains in the working class, it’s likely that the losses in support from culturally liberal voters wouldn’t be offset. That’s exactly what research by Tarik Abou-Chadi, a political scientist at the University of Zurich, suggests.

The following chart from Abou-Chadi’s work maps European social democratic parties’ immigration positions on a scale of 3 to 7; the higher the number, the more anti-immigrant they are. The trend lines at the top clearly suggest that the more anti-immigrant a party is, the less likely people in their country are to vote for them.

Another study from two scholars at Sweden’s University of Gothenburg took a look at how this played out on a granular level.

Using data from a survey sent out to roughly 13,000 local Swedish politicians, they tried to identify what happened when social democratic parties moved to the right on immigration. It turns out that in regions where that happened, support for far-right parties actually went up. Rather than stealing votes from the far right, they argue, the center left was legitimizing their positions, making it morally acceptable for voters to act on their anti-immigrant sentiments.

All this data points to a clear conclusion: Even if the 2019 Danish elections do turn out to be a story of the left winning based on a rightward shift on immigration, which doesn’t seem likely, there’s little reason to believe that this strategy would work elsewhere — and good reason to think it might backfire.

Europe’s lessons for the Democrats

Obviously, you can’t draw one-to-one lessons from European social democratic parties to the American Democratic Party. But much of the same logic applies: Democrats depend on high turnout from their educated, culturally liberal white voters, and likely won’t benefit by being seen as “Republican-lite” on a key cultural issue.

What’s more, Democrats get backing from several voting constituencies composed of both naturalized and native-born citizens who have a real stake in the issue. Latinx people are the obvious example, but so are Asian Americans and Jewish voters: people who identify with immigrants due to their own family stories of coming to the United States, and would see a move toward restrictionism as a threat and a betrayal.

And, once again, there’s statistical support for this line of thinking.

One paper compared data on Barack Obama’s campaign in 2008, which had a comparatively generic outreach program to Latinos, to its 2012 campaign, which focused heavily on turning out Latino voters by emphasizing pro-immigration positions like the Deferred Action for Childhood Arrivals (DACA) program. The data concluded that “Obama’s Latino targeted outreach was (1) remarkably effective at winning over Latino voters; and (2) it had coattail effects for Democratic Senate candidates.”

There’s reason to believe this could be even more true in the Trump era. While Trump has mobilized a vocal minority of anti-immigrant voters in the Republican Party, survey after survey has shown that this has led to a backlash among the rest of the population, with numbers of Americans expressing support for immigration reaching historic highs in tracking polls. 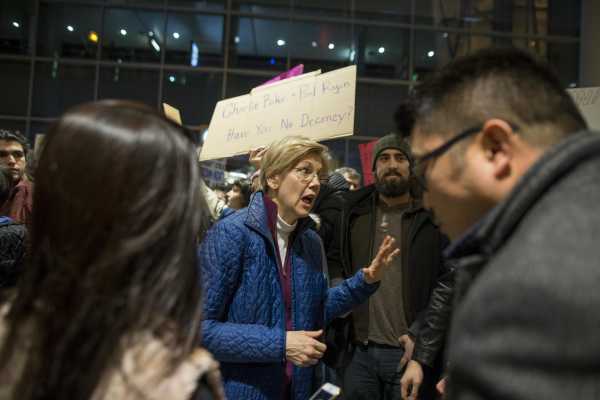 There’s another reason to believe moving toward immigration restrictionism would be counterproductive for Democrats: New citizens themselves are an important Democratic constituency.

A study by three economists tried to study how the changes in America’s population wrought by mass immigration — more Latino voters, for example — were changing American politics. They found that “immigration to the U.S. has a significant and negative impact on the Republican vote share,” largely because “naturalized migrants [are] less likely to vote for the Republican party than native voters.” Why spit in this group’s face by adopting restrictionist positions, which seem to be unpopular with the majority of Americans, on the off chance that they might win over some Trump voters?

Look, it’s possible that all of this data is incorrect. Social science is tricky, and it’s possible the experts are measuring things wrong (or measuring the wrong things). Maybe the US is nothing like Europe, and Latinos will turn out for Democrats regardless of what they say about immigration. Maybe being Trump-lite on immigration really would help Democrats.

But there’s no reason to take that gamble given that the best evidence goes the other way — unless you already believe that mass immigration is bad for the United States.

If you’re a Democratic politician who believes believe that immigrants depress native-born wages, or undermine the social cohesion necessary to maintain liberal democracy, then you’re probably willing to gamble that all the research is wrong. But that’s not what most Democrats believe, for very good substantive reasons. There’s no real political case for them go back on those convictions now.