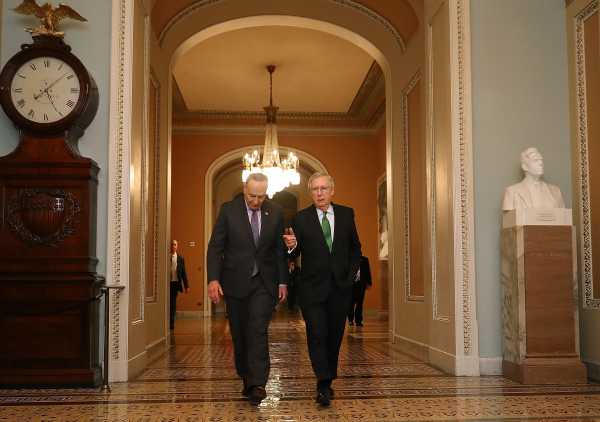 Congress may soon commit some cash to an opioid epidemic that has caused hundreds of thousands of drug overdose deaths since the late 1990s. But experts aren’t convinced the money will be enough — or if it will even go to the right solutions.

Senate Majority Leader Mitch McConnell said the $6 billion ”will fund new grants, prevention programs, and law enforcement efforts in vulnerable communities all across our country.” If the budget framework passes, the specifics of how the money will be appropriated will be worked through over the next six weeks, a spokesperson with the Senate Appropriations Committee explained.

This is all very vague — a fact that has some experts on edge, even if they’re cautiously optimistic. “This is very good news and a big deal if it’s wisely directed,” Keith Humphreys, a Stanford University drug policy expert, told me. “Of course, the odds of that are lower when something is thrown together rather than being assembled through a deliberative process.”

The funding also falls short of the tens of billions that many experts believe is necessary to deal with the opioid crisis. For reference, a 2016 study estimated the total economic burden of prescription opioid overdose, misuse, and addiction at $78.5 billion in 2013, about a third of which was due to higher health care and addiction treatment costs. So even an investment of tens of billions could save money in the long run by preventing even more in costs.

“It’s not enough,” Andrew Kolodny, an opioid policy expert at Brandeis University, told me when asked about the new spending deal. “Over two years, I think we need at least $12 billion for opioid addiction treatment” — an estimate he reached by calculating how much it would cost to provide low-threshold, effective outpatient addiction treatment in every county in the US.

Sarah Wakeman, an addiction medicine doctor and medical director at the Massachusetts General Hospital Substance Use Disorder Initiative, agreed. She drew a comparison to the HIV/AIDS crisis, which at its peak in the US in 1995 caused fewer deaths than the current drug overdose crisis does annually.

“It’s hard to imagine $6 billion being enough, especially when you think about the annual budget for other illnesses like HIV, which is $32 billion,” she said. “But even more than the amount, I worry most about the details. Investing $6 billion in interventions like greater criminalization would be not only ineffective but actually harmful. In contrast, $6 billion toward on-demand treatment, for example with buprenorphine or methadone, could result in lifesaving impact even though it wouldn’t be enough money.”

We know how to tackle the opioid crisis. But it requires money.

The research backs up Wakeman. Studies have found that “tough on crime” efforts have little impact on drug use; a 2014 review of the research by Peter Reuter at the University of Maryland and Harold Pollack at the University of Chicago, for example, concluded that prohibition does make drugs more expensive and therefore less accessible, but more stringent measures — such as harsh police crackdowns or longer prison sentences — have no significant effect beyond that of prohibition.

Meanwhile, the research shows that opioid addiction medications, such as buprenorphine and methadone, cut mortality among opioid addiction patients by half or more — making them the gold standard in opioid addiction care. So if deployed on a broader scale, this treatment has the potential to literally save thousands of lives.

America currently falls far short of that widespread access to treatment. According to a 2016 report by the surgeon general, just 10 percent of Americans with a drug use disorder obtain specialty treatment, in large part due to a lack of supply in care. And other data shows that even when drug addiction treatment is available, fewer than half of facilities offer medications like methadone and buprenorphine as an option.

As I previously explained, more treatment alone won’t be a silver bullet, and it won’t solve the crisis overnight. But it could be part of a broader public health approach, one that also includes pulling back too-lax access to opioid painkillers (while keeping the drugs accessible to patients who truly need them) and harm reduction efforts such as safe injection sites. That combination of policies, experts argue, will help end or at least slow down the crisis.

But to get such efforts going, cities, counties, and states need more money — much more than Congress’s current budget deal will apparently include.

Democrats have put out proposals to this end, aiming to add tens of billions to deal with the crisis over the next several years. But the proposals haven’t moved through Congress — failing to pick up much support from congressional Republicans or President Donald Trump.

Still, even the $6 billion would help address a serious public health crisis: In 2016, there were nearly 64,000 drug overdose deaths in the US — an all-time high — and at least two-thirds were linked to opioids. The rise in drug overdose deaths was a big reason that life expectancy fell for the second year in a row in the US, which had not happened since the early 1960s.

Anything that helps mitigate these statistics is, experts say, good. But $6 billion isn’t enough, and there are big questions about what exactly the money that Congress is promising will go to.

For more on the solutions to the opioid epidemic, read Vox’s explainer.