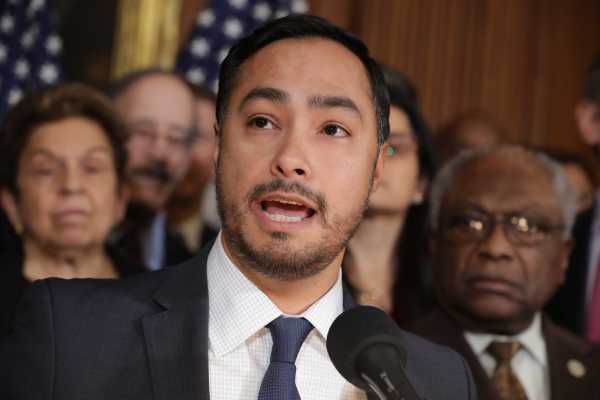 The Democratic-controlled lower chamber voted 245-182 to approve a resolution that would terminate the national emergency, sending the measure over to the Senate, where its fate remains uncertain. Both the House and the Senate will need to approve the resolution by a simple majority for it to ultimately pass.

The measure was backed Tuesday by an overwhelming number of House Democrats as well as 13 Republicans, though not enough to reach the lower chamber’s veto-proof 290-vote threshold.

Democrats are hoping to use this resolution to stymie Trump’s emergency declaration, which they argue bypasses the spending authority Congress is granted by the Constitution.

As part of the National Emergencies Act of 1976, Congress has a legislative check it can use in an attempt to block an emergency. All the resolution needs is a simple majority of lawmakers in both chambers to approve it.

Now that the House has passed this measure, what remains to be seen is whether the Republican-dominated Senate will do the same. The 47-member Democratic caucus in the upper chamber will have to stay united and convince at least four Republicans to join them.

And even if the resolution passes both the House and the Senate, the White House has already signaled that Trump would veto the measure, which would mark the first veto of his presidency. (Trump has threatened a veto plenty of times before without going through with it.)

The Senate will take up this resolution in the coming weeks, where the scrutiny will be on Republican lawmakers who’ve expressed concern with the precedent this emergency declaration could set for future Democratic presidents. Because the resolution falls under the purview of the National Emergencies Act, the Senate is required to hold a vote on it within 18 days.

Already Sens. Thom Tillis (R-NC) and Susan Collins (R-ME) have indicated that they will vote in favor of blocking Trump’s emergency declaration, with Lisa Murkowski indicating that she’s “likely” to do so as well. If Democrats are able to swing one more Republican to their side, it’s probable that the resolution will actually clear both chambers of Congress, only to be vetoed by the president.

Since establishing a two-thirds veto-proof majority for the measure in both the House and the Senate is highly unlikely, the resolution is ultimately expected to fail.

Democrats, at that point, could continue their fight against the national emergency declaration in the courts.