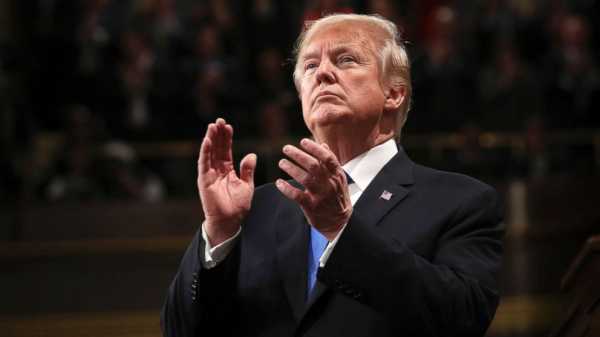 “Under the current broken system, a single immigrant can bring in virtually unlimited numbers of distant relatives,” Trump said over a growing chorus of boos. This claim isn’t accurate, either — citizens and green card holders can petition for certain immediate family members but it’s not feasible to admit an unlimited number of family members, according to ABC News’ fact check of the State of the Union address.

“I was surprised that that was the one moment that there were boos that I remember,” said Jessica Vaughan, the director of policy studies at the Center for Immigration Studies.

The term — chain migration — has come under fire amid the ongoing immigration debate, with a number of Democratic senators and advocacy groups calling it racist.

On Monday, the day before the State of the Union, Sen. Kirsten Gillibrand, D-N.Y., slammed the use of the term by Trump and others.

Days earlier, Sen. Chris Murphy, D-Conn., echoed that sentiment, writing on Twitter: “Reminder: ‘chain migration’ is a made up term by the hardline anti-immigration crowd. Its purpose is to dehumanize immigrants. If you’re using that word, you’re declaring a side.”

And others commented on Trump’s use of the phrase during the State of the Union speech itself, including former U.S. Attorney Preet Bharara and the American Civil Liberties Union, a nonpartisan nonprofit organization dedicated to defending individuals’ rights.

Experts from conservative groups, including Vaughan, disagree with the backlash over the term.

“The term chain migration has been around for decades and decades and it’s widely used among scholars of immigration and policy experts,” Vaughan told ABC News this morning. “It’s always been a very benign term.”

Vaughan also pointed to Sen. Dick Durbin, D-Ill., who spoke earlier this month about how the term shouldn’t be used, even though there is C-SPAN footage from a floor speech in 2010 when Durbin used the term himself.

“It’s a term that everyone has used for a long time and all the sudden it becomes off limits when people disagree with the reforms,” Vaughan told ABC News.

The term is used to describe the chain-like way that people are allowed to apply for legal immigration to the U.S. after a certain relative lives in the country.

“It’s like a chain that just keeps going out,” said Hans von Spakovsky, a senior legal fellow at the Heritage Foundation, a conservative think tank. 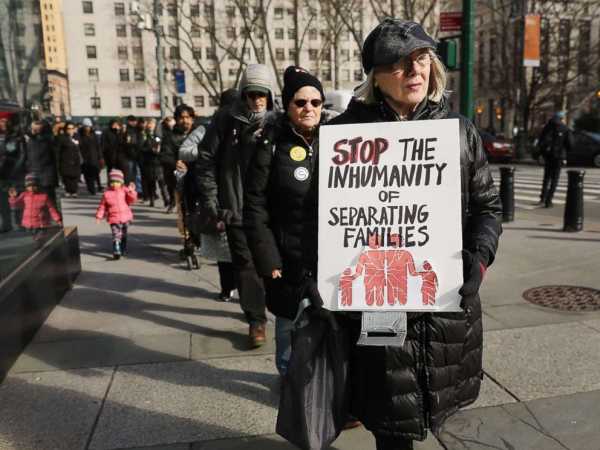 Spencer Platt/Getty ImagesA woman carries a sign in a demonstration where immigration activists, clergy members and others gathered against the imprisonment and potential deportation of an immigration activist in front of the Federal Building on Jan. 29, 2018 in New York.

Those who oppose the term, like Diane Rish, the associate director of government relations at the American Immigration Lawyers Association, claim that it “makes it seem like there’s this chain in place when at the end of the day it’s really all about family reunification.”

“Family reunification” is the preferred term by some advocacy groups, but neither that nor chain migration are actually used by the State Department. Instead, the State Department calls it “family-based immigrant visas,” which are broken down into categories determining who can apply. 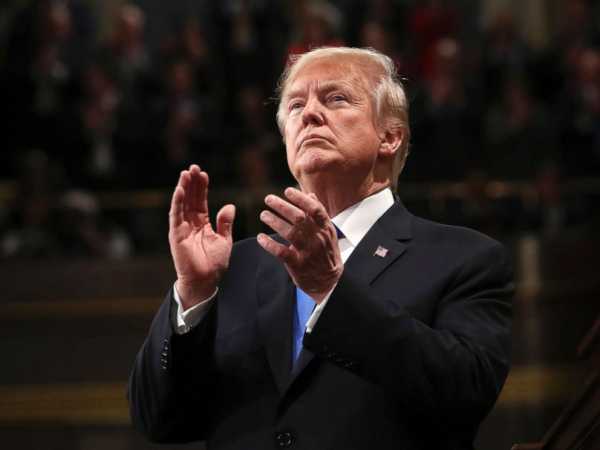 Win McNamee/Pool via APPresident Donald Trump claps during the State of the Union address in the House chamber of the U.S. Capitol to a joint session of Congress, Jan. 30, 2018 in Washington.

The immigration plan proposed by the Trump administration does not get rid of such family-based immigrant visas but limits them. In the State of the Union speech, Trump billed it as a way to “protect the nuclear family.”

“Under our plan, we focus on the immediate family, by limiting sponsorships to spouses and minor children,” he said.

Von Spakovsky said that the cries of racism surrounding the term are “just an attempt to divert people from debating the issue.”

“They bring out the racism claim as a way to try and shut down debate,” he told ABC News.