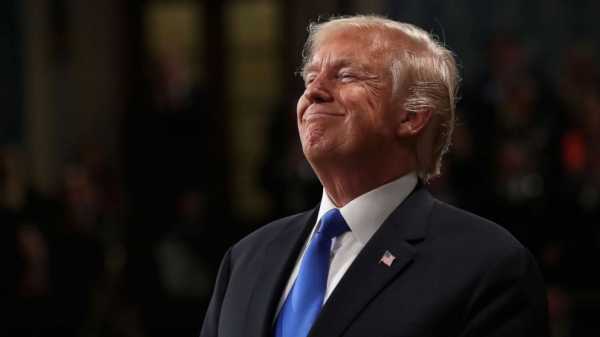 “You know, you can work hard, but if you don’t have the right leader setting the right tone, in all fairness — I’m not even saying. I am non-braggadocious,” he added. 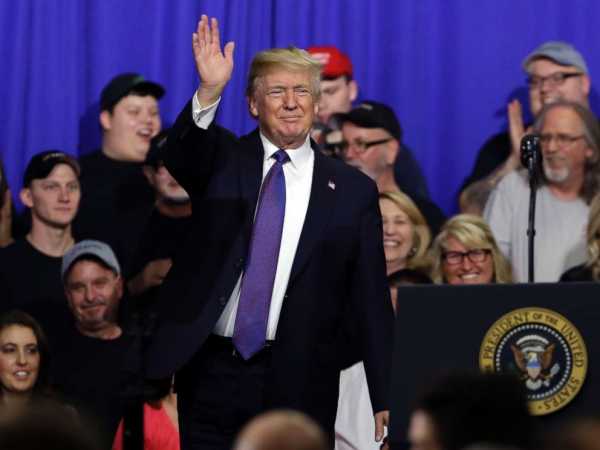 Late-night comedians were quick to point out the irony, with some showing side-by-side images of Trump bragging about economic gains as the Dow plunged 1,175 points, marking its largest single-day point drop.

“The stock market Trump has been taking credit for was down today by more than 1,100 points,” “Live” host Jimmy Kimmel noted Tuesday. “But that didn’t keep the president away from his pat-myself-on-the-back tour.”

“The president says a lot of things that aren’t true, but this might be the most blatant, brazen, almost magnificent fabrication ever to come out of his orange mouth,” Kimmel added, referring to Trump’s claim of being “non-braggadocious.”

“Late Night with Seth Meyers” also pounced on the opportunity to mock the president’s speech in Ohio.

“We all know Donald Trump has a well-documented history of overreaching and bragging about things that quickly turn out to be either exaggerated or outright fabrications,” Meyers said Monday. “He just can’t help himself. If he fell down a flight of stairs, he would brag that he found the fastest way down.”

“We couldn’t be more proud of fact that stock market increased by thousands since election, but today’s selloff represents the ebb and flow of markets,” Pence told reporters late Monday. “Most important numbers to focus on are fundamentals, and those continue to be strong. Jobs were created and unemployment is at a low.”