But they clashed on tv screens this past Super Bowl Sunday when politicians and the groups that support them rolled out ads to remind voters of the looming 2018 midterm elections.

Running Super Bowl commercials was a particularly popular strategy among candidates running for governor in a number of states. Clay Tippins, a Republican candidate in Georgia’s gubernatorial race made an eye-popping television campaign debut on Sunday, bank-rolling ads worth of $250,000 on Sunday, the Atlanta Journal Constitution reported. 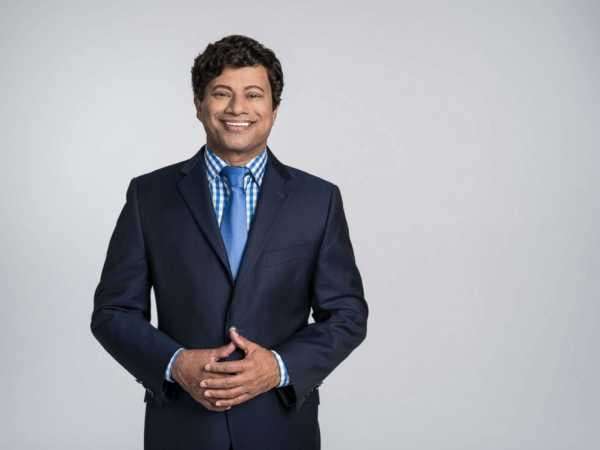 Democrats, Republicans lead in their own strongholds: A key to midterm outcomes: Poll

The Note: Special Edition – ABC News kicks off ’18 for ’18’ powerhouse coverage of the 2018 midterm elections

In Michigan, Democratic gubernatorial candidate Shri Thanedar rolled out more than $150,000 worth of television ads all over Michigan on Super Bowl Sunday.

In the 30-second ad titled the “Name Game,” the Indian-American Democrat appeals to voters with self-deprecating humor -– he introduces himself to a voter as Shri Thanedar. The voter, confused by the unique name replies, “Free Darth Vader?” Some other responses were: “Siri” and “Rick Snyder,” a reference to the outgoing two-term GOP governor.

The Michigan scientist and businessman who recently dropped nearly $6 million into his campaign out of his own pocket has been campaigning aggressively in the past few months, spending more than $1.2 million just on television ads.

Snyder also continued his Super Bowl ad tradition on Sunday. A nonprofit with ties to Snyder called “Making Government Accountable” spent more than $20,000 on his Super Bowl commercial on Sunday, attributing Michigan’s economic prosperity to Snyder’s administration and circling back to his rhetoric as the “tough nerd” from his first Super Bowl ad back in 2010.

Meanwhile, Michigan businessman Sandy Pensler, vying for Democratic Sen. Debbie Stabenow’s seat as a Republican, spent $45,000 on ads before and after the big match. Like Thanedar, he also wrote a generous $5 million check to his own campaign, funding more than 99 percent of his campaign by himself.

Gubernatorial election candidates in South Carolina, Tennessee and Alaska also took advantage of the influx of viewers glued to their TV sets during the nation’s most watch sporting event on Sunday.

In South Carolina, an NBC affiliates in Greenville blasted an ad featuring Gov. Henry McMaster throughout the pregame show Sunday afternoon. The $21,400 ad blitz, sponsored by a nonprofit called the Government Integrity Fund, called for the American people to “stand for the flag” during the Super Bowl’s national anthem. The 30-second ad came just a few days after the South Carolina governor proclaimed last week as the “Stand for the Flag Super Bowl Week.” 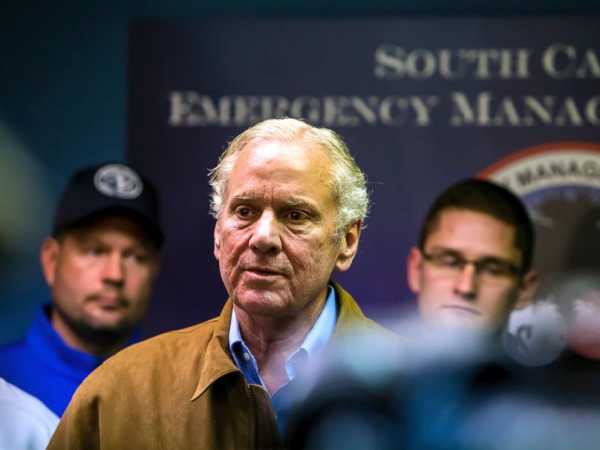 In the last 10 seconds of the 30-minute ad, McMaster asks voters to sign a petition, a website paid for by Government Integrity Fund.

Tennessee’s gubernatorial candidate Rep. Diane Black also aired an ad with a similar appeal to patriotism, criticizing NFL players for kneeling during the anthem and the league for refusing to run a political ad from a veterans group. She spent more than $50,000 on her Super Bowl ads

“Tonight, wherever you’re watching this game, please stand for the Stars-Spangled Banner and join me for standing up for veterans,” Black says in the ad.
Dunleavy for Alaska, an outside group backing Sen. Mike Dunleavy, a Republican, for Alaska’s gubernatorial election also spent $19,000 on ads that day. According to the super PAC’s campaign finance reports, $100,000 of the $110,600 it has raised so far came from the Alaskan senator’s brother Francis Dunleavy.

The super PAC is gearing up to spend even more during the Olympics, already planned to spend at least $35,500 on television ads in the next few weeks, FCC reports show. 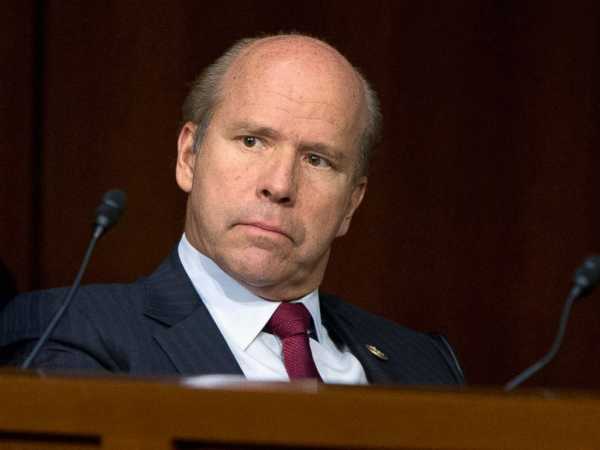 Rep. John Delaney, D-Md., in Iowa kicked off his first television campaign for the 2020 presidential election on Sunday, rolling out ads during the game. The spots totaling $60,250 will be the start of Delaney’s $1 million month-long campaign in the Des Moines, Sioux City, Cedar Rapids and Davenport areas.

Delaney’s presidential campaign has raised a total of $1.2 million since he announced his candidacy last summer.

Super Bowl Sunday was a popular billboard for GOP presidential primary candidates back in 2016 as well, with super PACs like Right to Rise USA, Our Principles PAC and Conservative Solutions spending millions to compete for spots in between shows. Delaney’s presidential television campaign debut, however, is two years too early.

Down ballot candidates including Laura Moser — eying GOP Rep. John Culberson’s seat in Texas — and Jonathan Lamb –- running for an open Congressional race in Indiana — also spent big chunks of their campaign money to reach out to voters on Sunday.