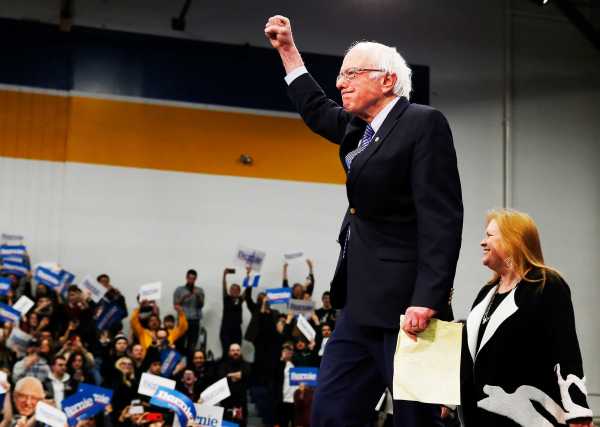 Whether a voter cares more about specific issues or beating President Donald Trump in November seems to have a significant impact on who they’ll vote for in the Democratic primary — and, specifically, whether a voter supports Sen. Bernie Sanders above all the other options.

That’s based on exit polls from the New Hampshire race, where 63 percent of voters prioritized beating Trump. Among that group, about 28 percent voted for former South Bend, Indiana, Mayor Pete Buttigieg, 21 percent voted for Sanders, and 20 percent for Sen. Amy Klobuchar.

But among the 34 percent of New Hampshire voters who prioritized a candidate who agrees with them on major issues, Sanders led with 39 percent support, with Buttigieg and Klobuchar lagging far behind at 21 and 12 percent respectively. (The top issues, according to the same poll: health care, climate change, and income inequality.)

This is a likely bit of a simplification of the situation. While voters may name concrete priorities when asked by pollsters, voters in reality balance a whole host of variables, from electability to policy positions to personal likability, when picking a nominee. But given that so much of Democratic voters’ attention is going to beating Trump — and has been for some time — this conflict between electability and policy positions will likely be a major one for the rest of the primary season.

For Sanders, now the frontrunner, it also seems to be a notable weakness. It’s not just that he lost among voters who prioritize beating Trump. Democrats in general seem to view him as less electable, at least according to the New Hampshire exit polls: Asked who stands the best chance against Trump, 27 percent of voters said Buttigieg, 21 percent said Klobuchar, and 19 percent said Sanders. (This differs from national polling, where former Vice President Joe Biden has generally dominated, followed by Sanders, former New York City Mayor Mike Bloomberg, and Buttigieg.)

If Democrats continue focusing on beating Trump, but continue believing that Sanders is not the best person to do that, the party may have a hard time uniting behind Sanders, even if he is the frontrunner. That could increase the chances of no one getting a majority of the delegates needed to clinch the Democratic nomination — a real possibility, based on FiveThirtyEight’s primary forecast.

At the same time, maybe voters will come around to Sanders if he continues winning the popular vote in these primary contests. One way for him to prove he’s electable, after all, is to win elections. And if more voters are persuaded by Sanders’s campaign, they may come to believe that other people can be persuaded too.

For now, though, concerns about electability appear to be a major weakness for Sanders and can, as New Hampshire demonstrated, provide an opening for other candidates to take advantage of.