Arizona Attorney General Mark Brnovich, who is running in Tuesday's GOP Senate primary, said a review of the 2020 election found that just one ballot was cast in a dead voter's name, refuting allegations, mostly from Trump supporters, that nearly 300 such ballots had been returned two years ago.

The finding from Brnovich's office, revealed in a letter to state Senate President Karen Fann, also a Republican, marks another knock on a partisan review conducted by the Cyber Ninjas firm and propelled by Republican state senators.

The criminal investigation was sparked last year after former President Donald Trump and his allies alleged without evidence that voter fraud cost him a victory in the Grand Canyon State in 2020.

"After spending hundreds of hours reviewing these allegations, our investigators were able to determine only one of the 282 voters on the list was deceased at the time of the election. All other persons listed as deceased were found to be current voters," Brnovich wrote, referencing the Cyber Ninjas report allegations.

Brnovich added that some of the claims "were so absurd" that the "names and birthdates didn't even match the deceased, and others included dates of death after the election."

"Our agents investigated all individuals that Cyber Ninjas reported as dead, and many were surprised to learn they were allegedly deceased," he wrote.

"We supported the Arizona Senate's ability to conduct an audit of Maricopa County's elections and understand the importance of reviewing the results," Brnovich wrote. "However, allegations of widespread deceased voters from the Senate Audit and other complaints…are insufficient and not corroborated."

The letter from Brnovich did not say if there were any charges stemming from the one ballot cast on behalf of a deceased voter. 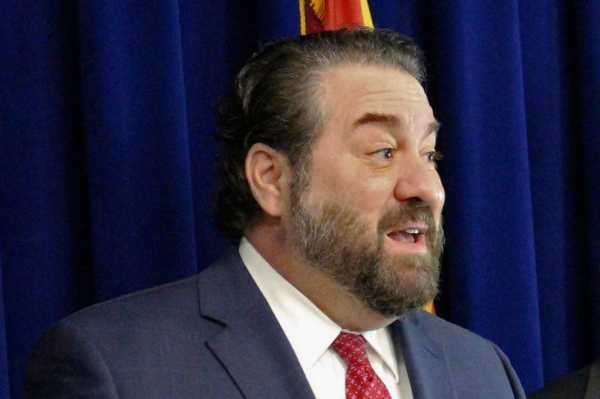 The Cyber Ninjas review, widely panned by Democrats and elections officials, focused on Maricopa County, Arizona's largest county and the home to Phoenix. Despite the claims of the 282 ballots, the firm's report still showed that now-President Joe Biden won the state by 360 more votes than originally believed.

Fann said in a statement that she is "thankful' to Brnovich's efforts.

"They asked us to do the hard work of fact finding, and we are delivering the facts. This step of the AG's investigation is critical to restoring the diminished confidence our constituents expressed following the last election. We're grateful for the increased voter integrity measures put in place after the audit revealed weaknesses in our election processes," she said.

The report comes as debates over "election integrity" in the GOP Senate primary, which will pit Brnovich against Blake Masters and Jim Lamon, among others.

Masters and Lamon have questioned the results of the 2020 election in Arizona, while Brnovich has defended the vote in the state but has expressed concern over "serious vulnerabilities" in the electoral system.