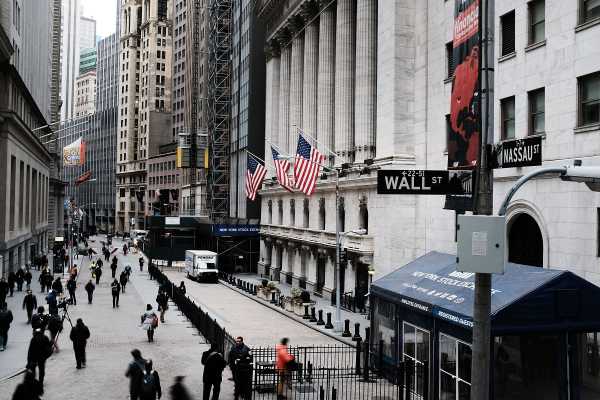 The Dow Jones Industrial Average fell by 666 points on Friday and another 1,175 points on Monday. On Tuesday, it took a sharp dive early in the day and then bounced between positive and negative territory throughout trading, ending the day up by 567 points to 24,912. It’s the first time the markets have been exciting in a while, to be honest.

There’s really never a single explanation for why the markets are moving, and where they’re headed next is impossible to predict. But this latest market pullback — and quick recovery — has more people paying in attention than in a while (despite President Donald Trump’s probably now regretful decision to talk about it frequently).

Confused about what’s going on? Here are seven things to remember to help understand the big market moves this week — and to put the jittery market in perspective.

1) Stocks are not that low

The S&P 500, Nasdaq, and the Dow have hit multiple record highs in recent weeks, and global stock markets in Asia, Europe, and elsewhere are very strong right now too.

Observers have been saying stock prices are high — maybe too high — for months, if not years, meaning a decline was seen as at least somewhat likely, if not inevitable. Outgoing Federal Reserve Chair Janet Yellen, whose last day in the post was Friday, in her final interview as chair told CBS News that stock prices are “high,” though she declined to define it as a bubble. “There it’s very hard to tell.”

Yale economist Robert Shiller, who designed the CAPE ratio that compares stock prices to corporate earnings, in March 2017 warned that stock prices were sending a “troubling message.” Trump in February 2016 said the markets were in a “big, fat, juicy bubble.”

2) The market goes up and down all the time

We’re in the ninth year of recovery after the Great Recession, and sharp stock market pullbacks have been relatively infrequent in recent years. Markets were historically calm in 2017. That makes it easy to forget that the stock market’s rise and fall is, well, pretty commonplace.

3) These trends are global, not US-specific

Just as global markets largely accompanied the US stock market on the upswing last year, they’ve also declined in this latest shake-up. Japan’s Nikkei 225 index fell 4.7 percent on Tuesday, and Hong Kong’s Hang Seng index dipped by 5.1 percent. The Stoxx Europe 600 and the UK’s FTSE 100 declined by more than 2 percent.

To be sure, there are some elements in the US that have contributed to recent market turmoil. Concerns that a possible rise in inflation in the United States could lead the Fed to increase the pace of interest rate hikes has caused nerves on Wall Street, and American investment products that bet against volatility seem to have contributed to Monday’s stock rout. But this isn’t an America-only thing.

4) The best thing you can do is probably literally nothing

Stock market trading is hard, and no one can predict the market. Seriously.

Legendary investor Warren Buffett in 2007 made a $1 million bet that an S&P 500 index fund would outperform a handpicked portfolio of hedge funds over 10 years. He won the bet: The S&P fund returned about 7.1 percent annually on average; the hedge funds, which are paid millions of dollars to invest, 2.2 percent. Hedge fund manager and activist investor Bill Ackman, whose firm, Pershing Square, manages about $9 billion for clients, this year announced plans to cut staff and spend more time in the office after suffering major losses on a handful of bad investment picks.

After Monday’s drop, US indexes have been pretty bouncy on Tuesday, shifting mildly between positive and negative territory all day. In the long run, things are (probably) going to be fine, and the best thing you can do is just to ride it out. Stay away from your 401(k) for a couple of days, keep that E-Trade app closed, etc. Or you can try to buy on the dip; that’s at your own risk.

5) The economy is probably fine

The stock market and the broader economy are not the same thing, and a one-day pullback does not an economic recession make. The fundamentals of the US economy are generally strong. The jobs market, with unemployment at 4.1 percent, and the housing market are on solid ground. Consumer confidence is up.

Yellen, the outgoing Fed chair, told CBS that if stock and asset prices were to decline, the economy would probably be okay. “The financial system is much better capitalized. The banking system is more resilient,” she said. “And I think our overall judgment is that, if there were to be a decline in asset valuations, it would not damage unduly the core of our financial system.”

You can never say never on an economic recession. But this latest pullback isn’t Armageddon.

6) Trump should stop talking about the stock market

President Trump has talked a lot about the stock market since taking office. At his State of the Union address, delivered less than a week ago, he bragged that the “stock market has smashed one record after another.” He’s probably going to want to stop that.

Observers for a while have been warning that Trump might not want to tether his presidential success so much to the markets, which are notoriously unpredictable. Former Treasury Secretary Larry Summers said in a podcast interview in November of last year that it was “crazy for a president to wrap himself in the stock market.” Chuck Gabriel, president of the Washington research firm Capital Alpha Partners, told Politico’s Ben White this is a risk the president “clearly set himself up for.”

“If you claim the rise, you own the fall,” former Obama press secretary Jay Carney said on tweeted on Monday. Axios sent out an email about the “Trump correction.” The president hasn’t weighed in on the market yet, and if he’s learned his lesson, he won’t.

7) At least you didn’t buy peak Bitcoin (and if you did, yikes)

Oh, Bitcoin. The cryptocurrency that saw a meteoric rise in 2017 has had it rough this year. Its price surpassed $19,000 in December. Now it’s in the $7,000 range. The New York Times on Monday outlined the multiple headwinds facing the cryptocurrency space:

Bitcoin investors — at least the ones who have been in the space for a long time — are used to major declines. (The price literally crashes or spikes by more than 25 percent in a matter of hours, or even minutes, fairly often.) But if you’re an average investor freaked out by this and last week’s stock market crash, Bitcoin is something you probably want to avoid unless you’re really into big risk. Case in point: If you had started the year with $100 in Bitcoin, you would now have about half that. If you had been in the Dow, you would be about where you started.